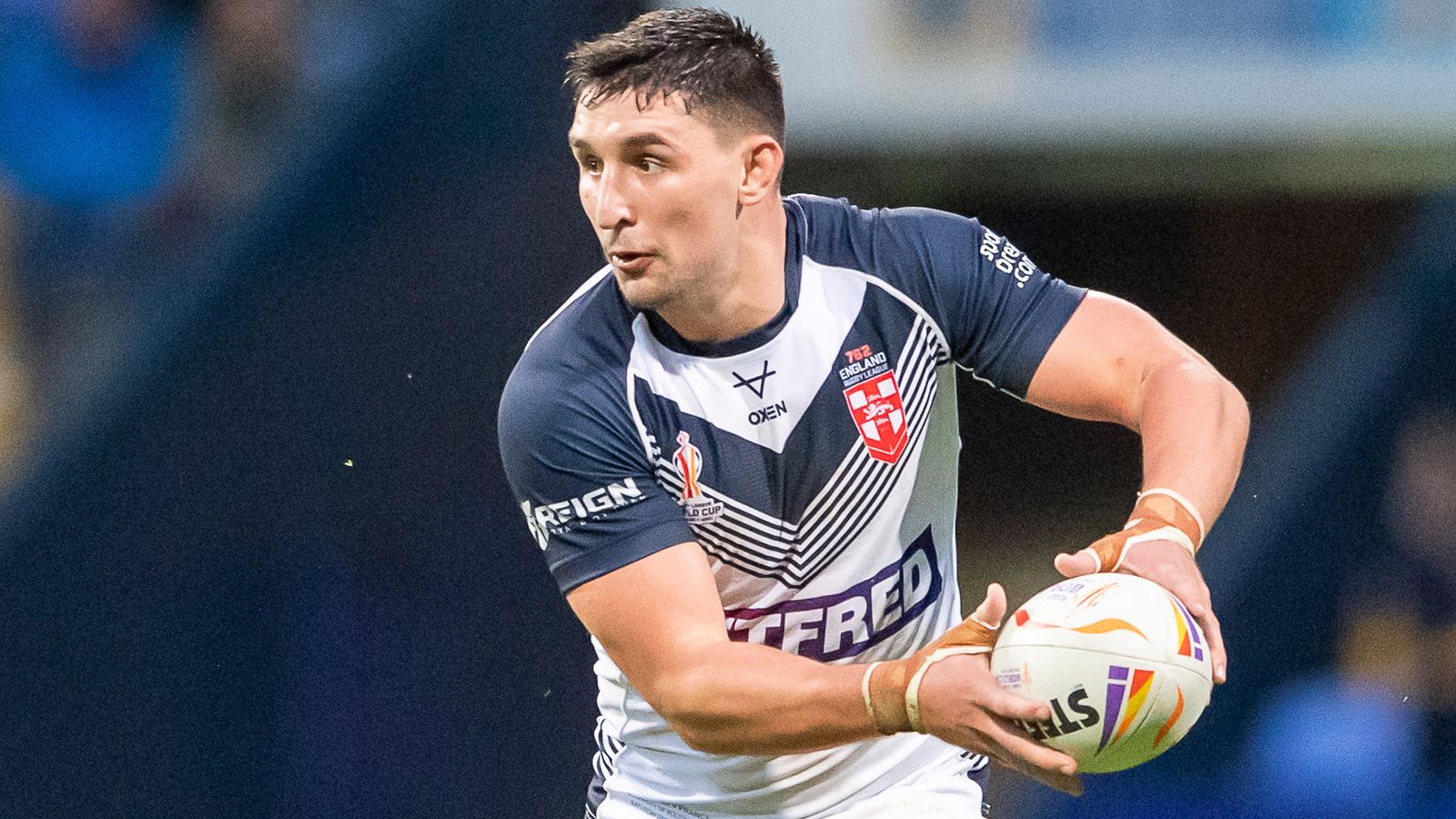 England topped Group A and are through to the last eight of the Rugby League World Cup; Shaun Wane’s side take on Papua New Guinea on Saturday afternoon at the DW Stadium, Wigan; Australia face Lebanon, New Zealand meet Fiji and Tonga take on Samoa in the other quarter-finals

Adrian Morley is expecting more fireworks from Victor Radley to help England
through the knockout stages of the World Cup.

Sydney-born Radley has made a big impact on his introduction to Test match rugby league, helping his adopted England to three big wins which has set up a quarter-final meeting with Papua New Guinea in Wigan on Saturday.

Morley, one of four new inductees into the Rugby Football League’s prestigious Hall of Fame, has a kinship with hard man Radley, who plays with the same uncompromising style.

Morley played with distinction for Leeds and Warrington but also made a name for himself as an “enforcer” during the six seasons he spent with the Sydney Roosters from 2001.

“I am a big fan of Victor and he’s been great,” Morley said. “In the game against Samoa he picked out the biggest lads and said, ‘right, this is what you’re getting all game’ and he stuck at it.

“I obviously have a strong affection for the Sydney Roosters and he’s a local Bondi lad.

“I just love the way he plays the game and, if he played for any other club, I still would have thought he was the man but, coming from the Roosters, it makes it extra special for me.”

Morley, Britain’s most-capped international, has not been surprised by England’s march into the last eight.

“I thought they’d do well,” Morley said. “People were talking about that first game being a banana skin but I expected England to win, although I probably didn’t expect that (60-6) scoreline.

“Samoa were under done but England have just gone about their business. Their performances have been great and hopefully they can keep building and do something in this World Cup.”

Dom Young ran in four tries as England secured top spot in Group A with a resounding 94-4 win over Greece in Sheffield.

Morley’s pre-tournament confidence about England’s ability to cope without St Helens’ star front rower Alex Walmsley has been justified but he has also been impressed by the quality of the outside backs, who have been boosted by the arrival of Herbie Farnworth and Dom Young from the NRL.

“In my opinion, England – or Great Britain – have always done well in the forwards and it’s probably the outside backs that have been the chink in the armour,” Morley said.

“But it’s really great to see the English outside backs really flying, particularly the Aussie-based boys who have come over.

“They’ve been outstanding and scored some exciting tries, backed up by the English boys, (Jack) Welsby and the crew.

“The NRL boys have been great but let’s not downplay the role of the Super League-based lads.

“They probably had a 20-minute period where they slacked off against France but they were still worthy winners and, if they keep improving, there’s no reason why they can’t go all the way and win it.”

Australia, who meet Lebanon in the first quarter-final in Huddersfield on Friday, are justifiable favourites, according to Morley, who says it is a three-horse race despite the rise of Pacific heavyweights Tonga and Samoa, who would stand in England’s way in the semi-finals.

“Australia are always going to be favourites, although New Zealand have a decent squad on paper,” he said. “Those three are the contenders.

“England have been going great in general and they’ve got it in them to make the final. And then it’s only 80 minutes against Australia or New Zealand. I’m sure they can get a result against anyone.

“It will take a monumental effort in the final but, when you’ve got 60,000 fans screaming at you, anything can happen.”