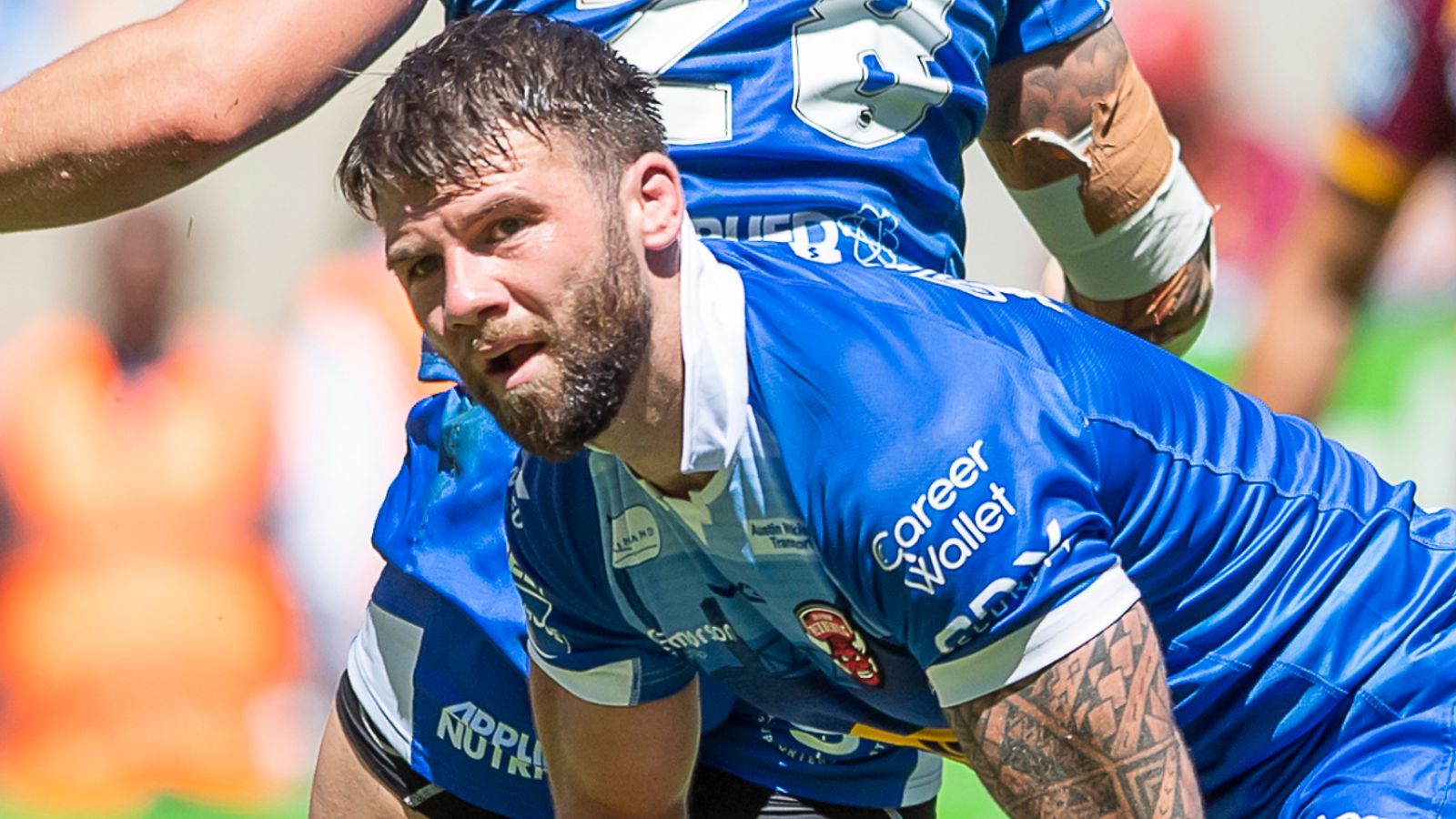 Head coach Shaun Wane announces 24-man squad for this year’s tournament as England bid to go one better than finishing runners-up in 2017; Hosts open RLWC2021 with a match against Samoa in Group A on Saturday, October 15 at Newcastle’s St James’ Park

The 28-year-old hooker, who began his career with Swinton Lions and also played for London Broncos and Toronto Wolfpack, has been brought into the national set-up for the first time by head coach Shaun Wane after playing a key role in Salford’s run to the Betfred Super League play-off semi-finals.

Sneyd has been instrumental in the halves for the Red Devils in 2022 alongside Man of Steel Brodie Croft too, and the former Castleford Tigers and Hull FC man adds options in the halves following the news Jonny Lomax is out of the tournament due to a bicep injury.

Sydney Roosters forward Victor Radley, who declared his interest in playing for England earlier this year and qualifies to represent the team through his father, has also been handed a place in Wane’s 24-man squad.

“After so many conversations with the players over the last two years, it’s exciting for all of us to be getting ready to go into camp for a home World Cup,” Wane said.

“The mood of the players and staff is fantastic. The opening match against Samoa in Newcastle is going to be a massive occasion, and I know English rugby league fans and the sporting public will get behind us.”

After so many conversations with the players over the last two years, it’s exciting for all of us to be getting ready to go into camp for a home World Cup

Ackers, Sneyd and Radley are joined by three other uncapped players in the squad in the form of NRL-based pair Dom Young and Herbie Farnworth, and versatile Wigan Warriors centre or second Kai Pearce-Paul.

Radley, Young and Farnworth are among six Australia-based call-ups in Wane’s squad, with Luke Thompson, Tom Burgess and Elliot Whitehead all involved as well.

There is a recall, too, for Huddersfield Giants prop Chris Hill – one of eight players involved in the 2017 World Cup – who has not featured for England since playing in all three matches of the 2018 Test series win over New Zealand. He returns in the injury-enforced absence of St Helens forward Alex Walmsley.

St Helens’ Grand Final-winning duo Lomax and Mark Percival were both ruled out of the tournament due to injury on the eve of Wane’s squad announcement, joining Saints team-mate Walmsley and Wigan Warriors second row Liam Farrell on the sidelines.

England play Fiji in a warm-up match at Salford’s AJ Bell Stadium on Friday, October 7 before opening this year’s World Cup against a Samoa team packed with NRL talent in Newcastle on Saturday, October 15.

The host nation will also face France and World Cup debutants Greece in Group A and are aiming to secure the World Cup for these shores for the first time since Great Britain lifted the trophy in 1972.