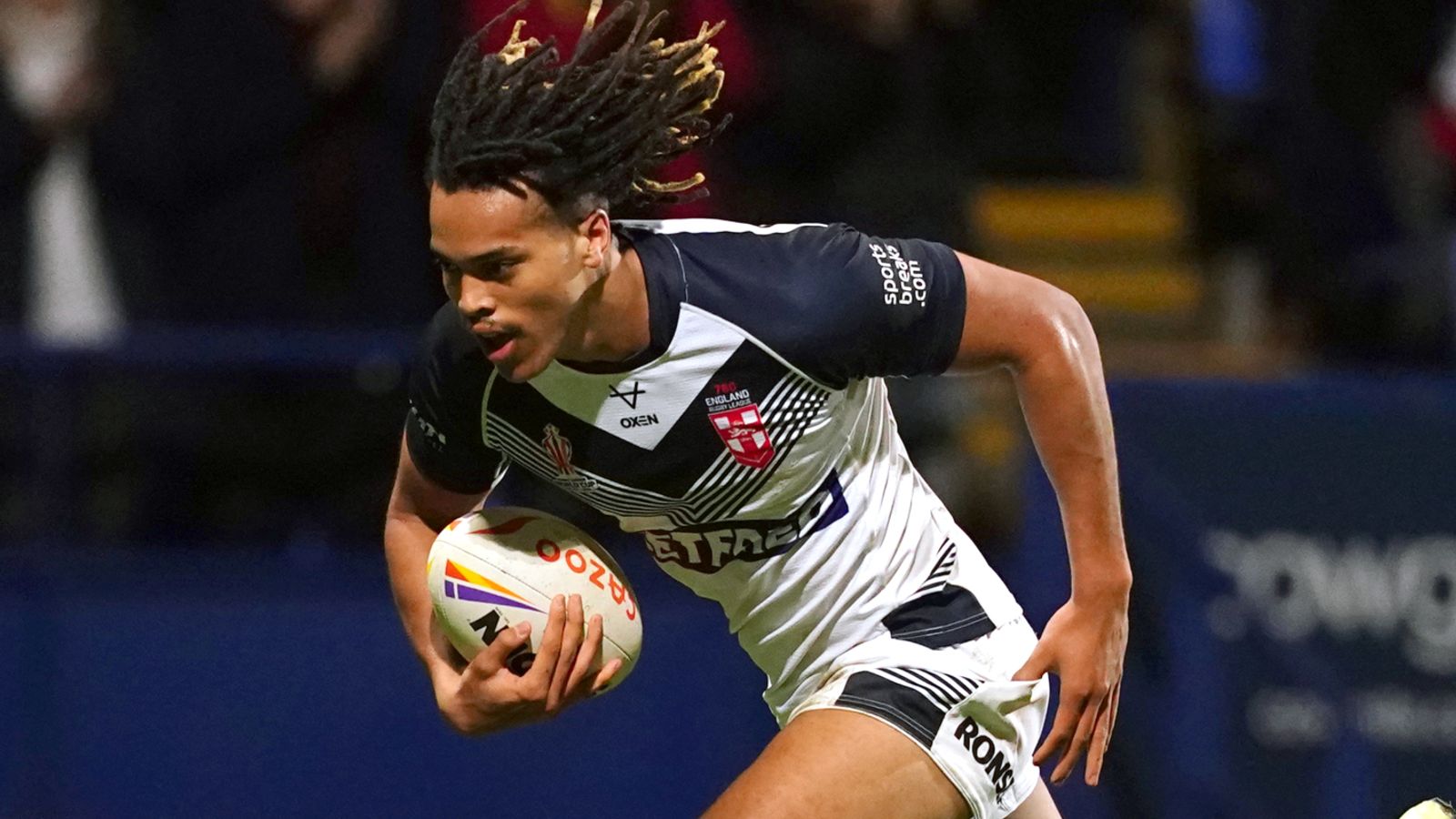 England face Group D runners-up Papua New Guinea in the quarter-finals of the Rugby League World Cup at the DW Stadium in Wigan on Saturday (kick-off 2.30pm); Shaun Wane’s team qualified for the knock-out stages as Group A winners with three wins from three

We take a look at what is being said and team news as England’s men take on Papua New Guinea in the quarter-finals of the Rugby League World Cup on Saturday (kick-off 2.30pm)…

Dom Young is aiming to carry on where he left off in the group stages as England take on Papua New Guinea in Saturday’s quarter-final.

A further four tries in the first half of the 94-4 win over Greece in Sheffield last Saturday made the 21-year-old the leading try-scorer in the men’s competition with eight so far.

Young had not played Test rugby prior to the World Cup getting underway, but the Newcastle Knights winger is delighted with the start he has made to life in an England shirt.

“I’m ready to go every week,” Young said. “I didn’t want to be rested so I’m happy I got out there [against Greece].

“I tried leaving it all out on the pitch in each game. I probably couldn’t have expected it to go the way it has but I’m loving every minute of it.”

Young has made such an impression that he has managed to displace England’s record try-scorer Ryan Hall, who took his personal tally to 39 tries in 40 appearances for the national team with a double against the Greeks but was left out of the 19-man squad for the clash with PNG.

Tommy Makinson is set to fill the other wing berth and Young is aiming to ensure England carry on the form which saw them go through the group stage unbeaten. However, he acknowledges they face a step up in competition.

“We’ve played well each game in the group and it’s taking that into the bigger games, the knock-out games,” Young said. “If we keep doing that and keep building on what we’ve been doing, we can get to that final.

“It’s going to be a big step up…they’re a great team and they’re going to come out firing. We need the fans to come out in Wigan.”

Saturday’s encounter at the DW Stadium is a repeat of the quarter-final from the 2017 World Cup in Australia, where England were comfortable 36-6 winners over Papua New Guinea.

However, head coach Stanley Tepend is adamant the Kumuls are a much different proposition to that day in Melbourne.

A 36-0 win over Wales on Monday secured PNG’s passage to the knock-out stages as Group D runners-up and Tepend expects the lessons from five years ago to serve the team well.

“We had targets that we wanted to achieve in the pool stages, and we’ve done that, and the performance really showed how tight we all are off the field,” Tepend said.

“I think we’ve learned from what happened in 2017. The players are now a lot smarter and a lot younger. I think we relied on a few individuals but now it’s more of a team effort and we’ve got better players, I guess, as well.”

Six of the players in England’s 24-man squad for the tournament were part of the Great Britain and Ireland team which suffered a surprise 28-10 defeat to the Papua New Guineas in Port Moresby in 2019.

John Bateman was one of those and the Wigan Warriors second row is determined to banish the memories of that loss in Saturday’s clash at the stadium where he plays his club rugby.

“It was a hostile situation, in their backyard, but they are a good side,” Bateman said. “You know what you’re getting with them, they come straight and direct and they’re pretty physical.

“They hit pretty hard but there are lads in our team that hit just as hard. It will be a good contest and we’re looking forward to it.”

England welcome captain Sam Tomkins back after he was rested for the win over Greece and Kallum Watkins returns too after missing that match due to concussion protocols. Herbie Farnworth, Michael McIlorum and Elliott Whitehead are back too.

Watson Boas and Sylvester Namo return to Papua New Guinea’s squad from the win over Wales, while McKenzie Yei comes back into contention for the Kumuls too.