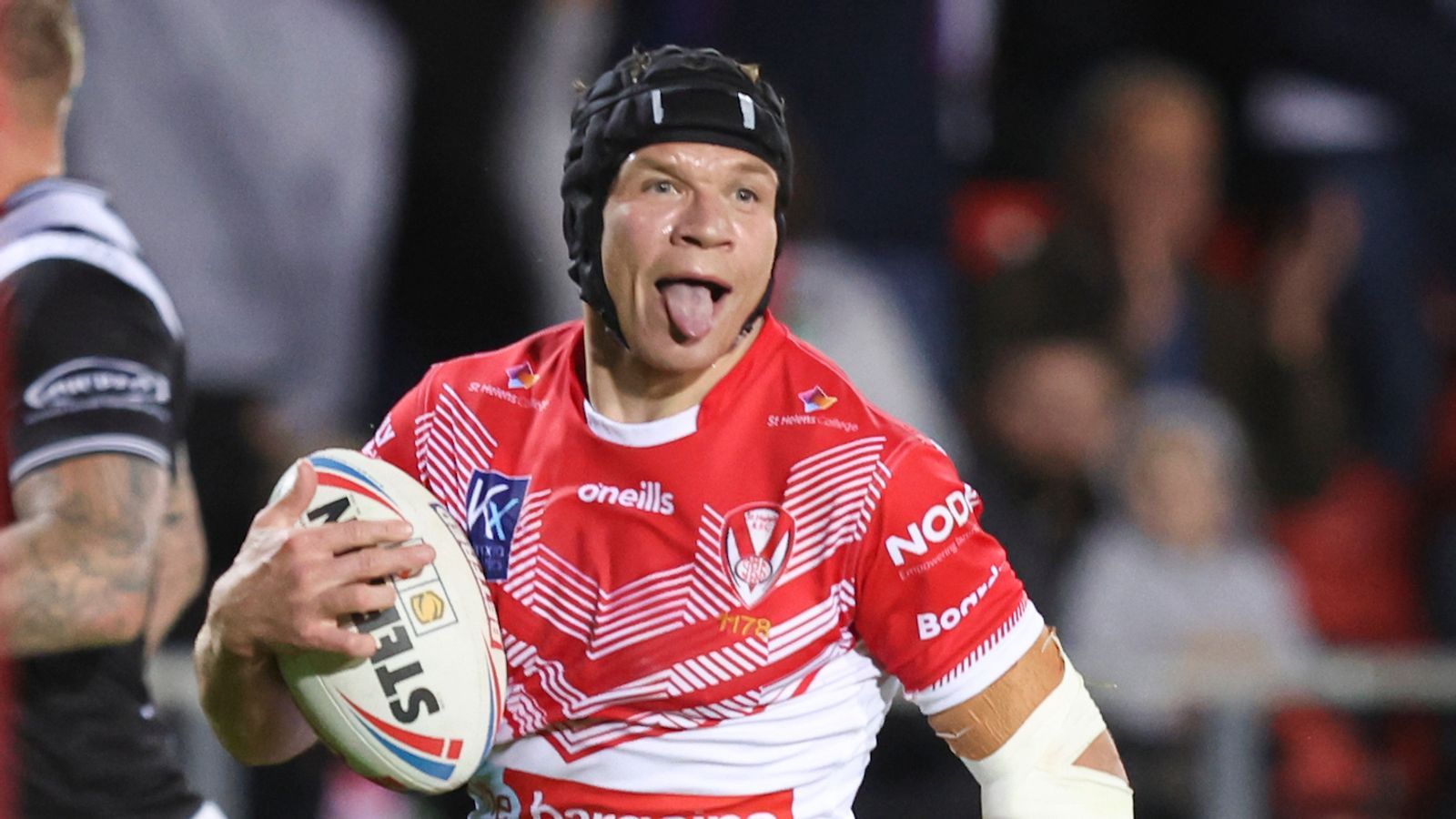 Jonny Lomax and Mark Percival have both been ruled out of featuring in England’s squad for next month’s Rugby League World Cup due to injury.

Both players featured for St Helens in their 24-12 win over Leeds Rhinos in Saturday’s Grand Final at Old Trafford, with Lomax awarded the Harry Sunderland Trophy after being voted player of the match.

Lomax has been managing a bicep injury throughout the season, while Percival missed four months of the season due to bone fluid on his knee until returning for the final two matches of St Helens’ campaign.

Relive how St Helens became the first Super League side to win a record four Grand Finals in a row.

Relive how St Helens became the first Super League side to win a record four Grand Finals in a row.

Percival said he was hoping to be given the all-clear to represent England in the World Cup, beginning on October 15, although it has been confirmed that both players will not feature when England head coach Shaun Wane names his 24-man squad on Friday.

Confirmation of Lomax’s absence is a major blow for England but likely to be good news for club-mate Jack Welsby, who stepped into his shoes for the mid-season game against the Combined Nations All Stars and could now line up alongside George Williams for the opening game against Samoa.

On the plus side, Brisbane’s England-born centre Herbie Farnworth will be named in Wane’s 24-man squad when it is unveiled at a press conference in Worsley on Friday morning.

Farnworth, a naturally-gifted sportsman who was once on Manchester United’s books, began the NRL season in sensational form but has not played since June after suffering a bicep injury.

However, he never gave up hope of recovering in time for the World Cup and is set to make his debut against the Samoans at Newcastle’s St James’ Park on October 15.

His centre partner could be former Leeds favourite Kallum Watkins, who has proved to be a revelation while playing in the second row for Salford in 2022.