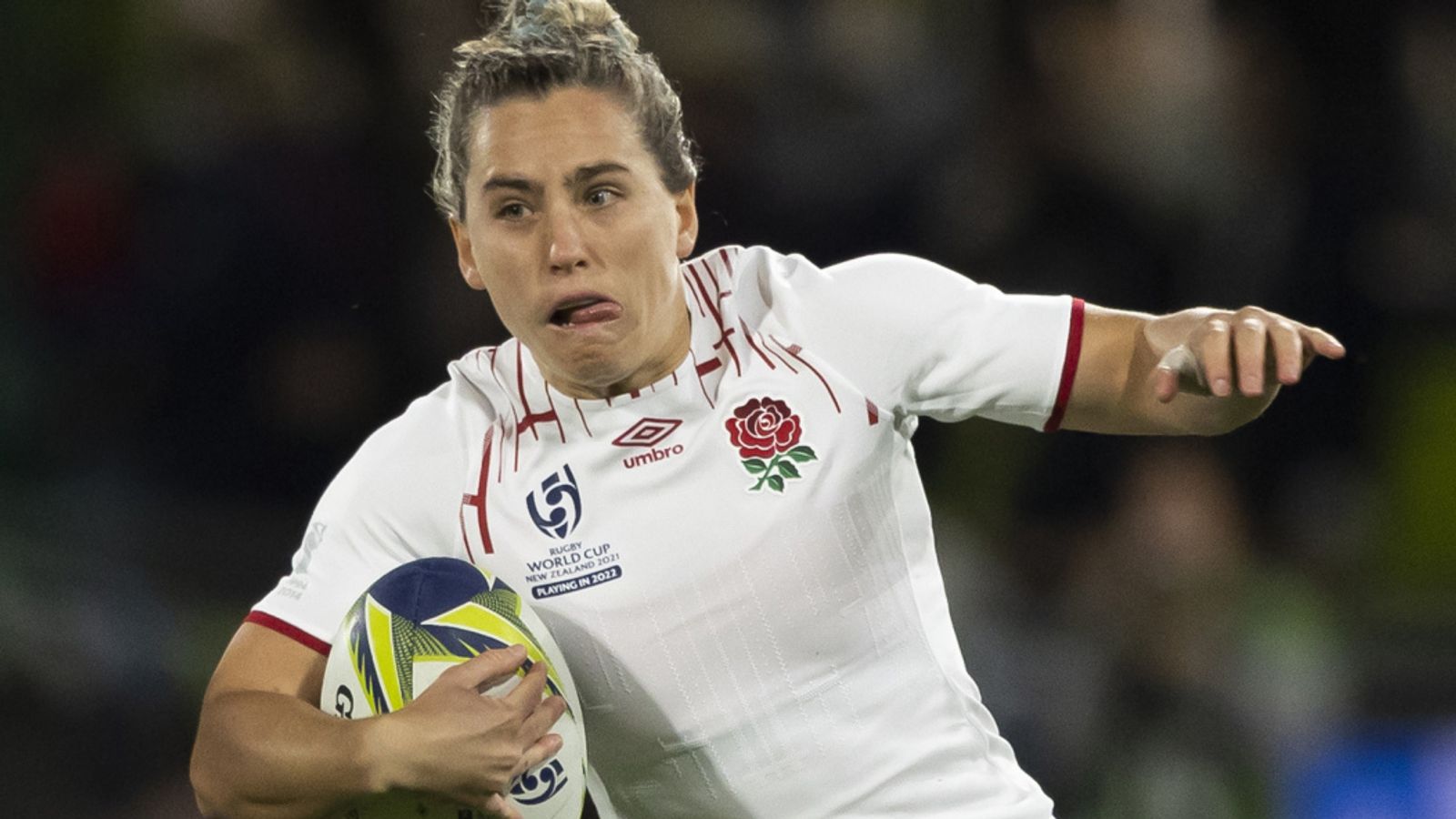 Claudia MacDonald returns as England head coach Simon Middleton names his matchday 23 for Saturday’s World Cup semi-final against Canada; the semi-final is a repeat of 2014 final when the Red Roses won 21-9.

England are boosted by the return of wing Claudia MacDonald as they gear up to face Canada in Saturday’s Rugby World Cup semi-final at Eden Park.

MacDonald reclaims her place on the left wing across from Abby Dow having been absent for the last two games due to injury.

Marlie Packer starts at open-side flanker on the back of her player-of-the-match outing in the quarter-final victory over Australia with Alex Matthews blind-side, Zoe Harrison and Tatyana Heard remain the 10-12 combination, Zoe Aldcroft and Abbie Ward retain their roles as the lock pairing, Leanne Infante sits at scrum-half and Helena Rowland remains at full-back.

“We are very much looking forward to returning to Eden Park for this weekend’s semi-final,” said head coach Simon Middleton.

“I was really pleased with our performance against Australia in what were tough conditions. The players produced a professional performance and deserve great credit.”

England booked their place in the final four with a dominant 41-5 win over Australia in which flanker Packer recorded a hat-trick alongside tries from Hunter, Ward, Cokayne and Matthews.

Opponents Canada meanwhile advanced with a 32-11 victory over USA thanks to tries from McKinley Hunt, Karen Paquin, Paige Farries and Alex Tessier.

It will mark a repeat of the 2014 final that saw the Red Roses emerge 21-9 in Paris, with New Zealand or France awaiting in the final.

“Continuity is an important factor in team selection and we have achieved that through training, the pool stages and the quarter-final,” added Middleton.

“Having said that, if you see an opportunity to improve or create different pictures that you believe could benefit the team’s performance, you have to be brave enough with your selections to make those calls. We have done that throughout the competition to date and that philosophy will not change.

“Canada are an opponent we know well with great pedigree and history in the women’s game. We know they are a strong side. We respect all they might bring but are focussed on our own performance.

“Our objective was to leave this country as a better squad than we arrived and to do that we need to move our game on again this week. If we do that and produce the level of performance we are capable of then we are confident we will get the right result.”