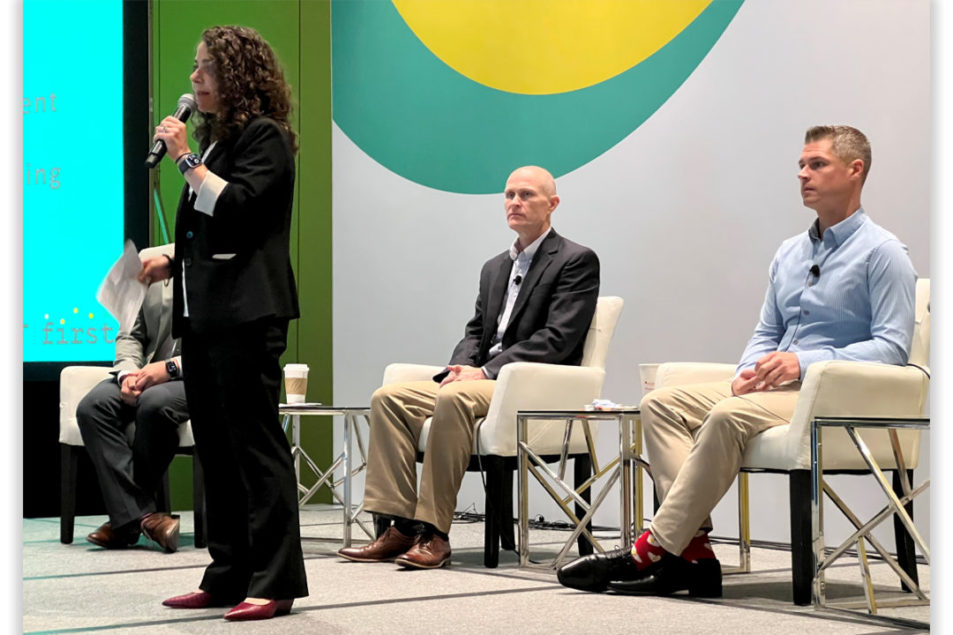 CHICAGO — Progress toward the introduction and embrace of bioactive ingredients in food products is slowed by a regulatory process ill-suited for evaluating the benefits of such products, said Ray Matulka, PhD, director of toxicology and executive vice president of Burdock Group Consultants, Orla. Dr. Matulka spoke on a panel discussing, “How is our increased understanding of nutrient bioavailability and biotransformation leading to new innovations?” The July 12 panel was held during IFT First, July 11-13 at McCormick Place in Chicago.

“I think a new regulatory paradigm is needed to allow structure/function claims for bioactive ingredients to be added to food labels with a lower level of evidence for efficacy than is required for nutrients,” he said.

While the concept of bioavailability — the amount of a substance that enters circulation when introduced in the body — seems to be straightforward, the panelists said misconceptions abound, beginning in the medical community.

“Health providers don’t always know about bioavailability,” Dr. Wallace said. “If you look at doctors, nurses, they say take as many vitamins as you want, you’ll just pee them out, or don’t take anything, they’re not safe.”

He said such misconceptions “trickle down to consumers as well.”

Dr. Moughan said misunderstandings about bioavailability extend to the scientific community as well.

“Lots of confusion between digestibility, bioavailability and utilization,” he said. “Bioavailability is about absorption of a nutrient with a structural form that is able to be utilized. A lot of people confuse bioavailability in that sense with utilizability.”

He said such confusion may be found in published scientific papers. Whether bioavailable amino acids are used for protein synthesis depends on many other factors, including aspects of the person, Dr. Moughan said.

Dr. Chen said plant-based proteins may be used to improve the bioavailability of key vitamin nutrients.

“We can develop plant-protein based encapsulation systems that can protect compounds and control release them for increased bioavailability,” she said.

While excitement around the microbiome is warranted, Dr. Moughan cautioned it will be some time before knowledge of the topic will allow for the development of products that help consumers optimize their gut health.

“I think in the long run it will have a huge impact,” he said. “There is more that we don’t know than we do know. It’s an area in its infancy. It comes back to dietary fiber, non starch polysaccharides, being bioactive. We now know we can shift the composition of the microbiome very readily, very quickly using different amounts and types of dietary fiber. What we don’t know, no one really knows is what microbial composition is healthy. We can shift it. We can come up with different microbial populations in different people, but which is the healthiest combination? That’s highly contentious.

“I think as more work is done, and we understand shifts in the microbiome data, we will have precision nutrition using particular types of non starch polysaccharides to shift and maintain microbial population, not just in the colon but upper tracts as well.”

Increasingly, scientists are looking beyond individual strains of bacteria when assessing what constitutes a more healthy or less healthy microbiome, Dr. Wallace said. He is currently studying the microbiome health of more than 1,000 infants in Central America.

“What I’m learning from experts in the microbiome space is that it’s about the community, because bacteria grow in communities,” he said. “They function as a community. A lot of times in research we ask whether this strain increased or did it decrease. The question is, what is the functionality of that.”

Dr. Moughan agreed that a focus on single strains of microbes is not necessarily helpful.

“In the microbiome field, it’s often considered the more the biodiversity is a good thing,” he said. “It isn’t necessarily true. If you look at infants, infants on breast milk have much lower diversity than those given infant formulas. We really need to understand the microbiome as a community. There is a lot of redundancy. You can do different combinations of species of microbes that will do the same thing. They have different diversities.”

In the discussion of bioactive ingredients — ingredients that prompt actions in the body that may promote improved health — Dr. Moughan said diet should be viewed as “more than the sum of nutrients” that are consumed.

“We’ve taken a reductionist approach where we break down the food to the nutrients and talk about all the nutrients that is bioavailable,” he said. “Obviously that’s very important, but there are a lot of other factors with molecular structures and other constituents that have bioactives. We need to be thinking more in the future about the holistic properties of foods. When you do that it explains a lot of things we’ve known for a long time. If you look, for example, at dairy, dairy products, milk and other products, when you break it down they’re full of saturated fatty acids, they are high in sodium, they must be bad for you. But we know from epidemiological studies that it turns out they are healthy food, that they maintain health of consumers. I’m sure it’s because of the overall structural properties, bioactive compounds, others as well. We need to know about nutrients, but it’s not the be all and end all, we also need to know thinking holistic properties about food.”

The panelists discussed other parts of the world that don’t seem to link standards for bioactive ingredients and nutrients as tightly as is the case with the Food and Drug Administration. For instance, Dr. Matulka said the European Union has a framework for allowing reference to bioactives on product labels that could be useful.

Dr. Moughan said the United States “can learn a lot from Japan,” when it comes to understanding how bioactive ingredients benefit humans.

“They have years and years of experience of doing it and doing it very well,” he said.

While all the panelists agreed scientific standards are necessary for bioactives, Dr. Matulka said the standard used for nutrients is not the correct measure.

“Nutrients are essential for life,” he said. “We need to take a step back on bioactives and say, no we don’t need to reach that high level and say it’s essential. We need a slightly lower level to say it’s beneficial.”

Dr. Wallace said having at least a clinical trial to back up claims should be a basic standard for consideration.