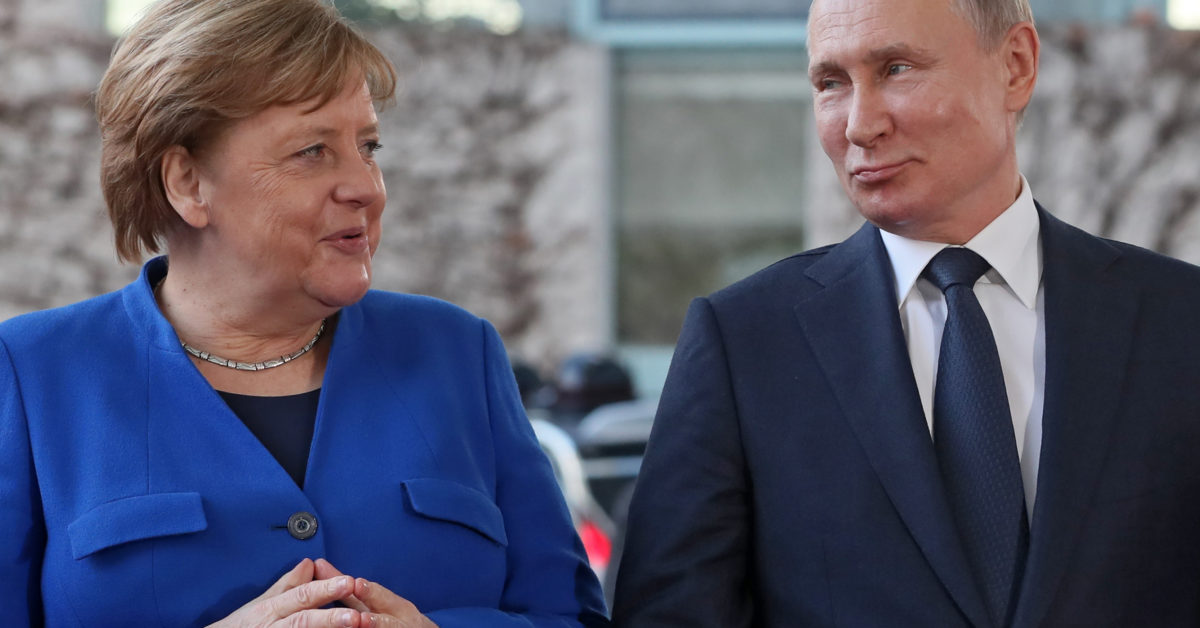 Russian President Vladimir Putin and German Chancellor Angela Merkel discussed co-operating on vaccine production during a telephone call on Tuesday, according to a readout from the Russian government.

â€œIssues of cooperation in combating the coronavirus pandemic were discussed, with an emphasis on possible prospects for joint production of vaccines,â€ the statement read. It said the leaders agreed to continue discussions through their health ministries and government bodies.

Moscow and the EU have so far been on different tracks when it comes to vaccine development, approval and production. Russia has developed its own coronavirus vaccine called Sputnik V, but that has not been signed off for use by EU regulators.

While Hungary has decided to go it alone and use the Russian jab, a lack of supply has hamstrung vaccination plans. Hungarian Prime Minister Viktor Orbanâ€™s chief of staff, Gergely Gulyas, has pointed to a lack of production capacity as the holdup.

A spokesperson from the German government confirmed that the call had taken place and that â€œthe focus was on combating the COVID-19 pandemic,â€ but did not comment further on the topics discussed.