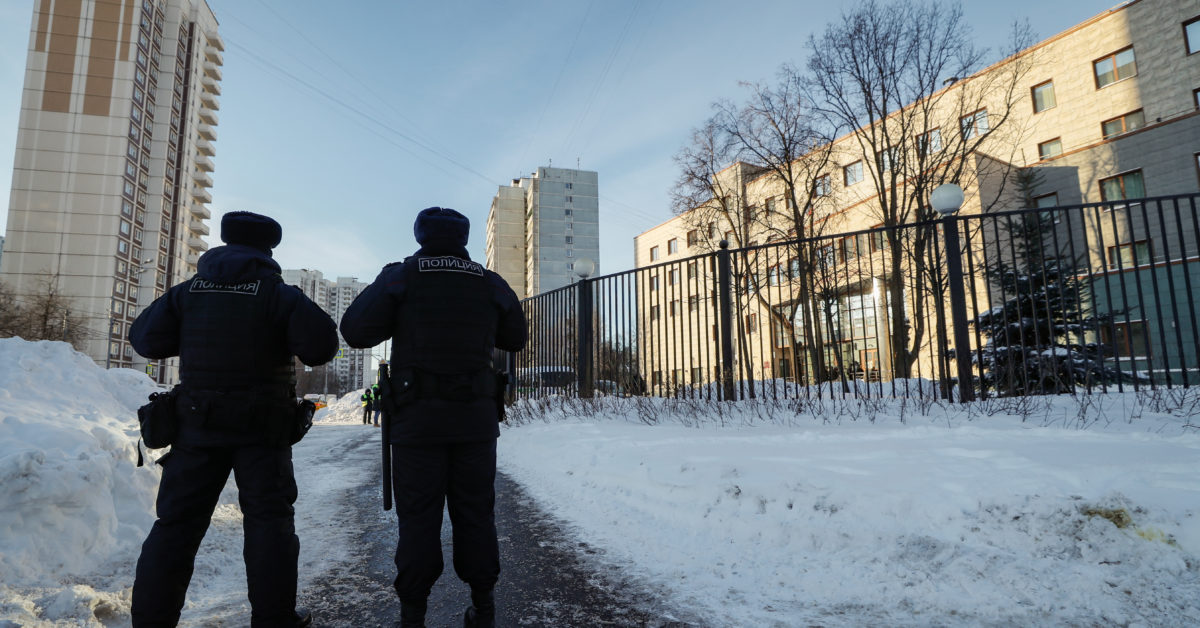 Russian authorities detained around 200 local politicians, including some high-profile opposition figures, at a Moscow gathering Saturday.

The detentions were attributed at least in part to involvement of political organizations deemed â€œundesirableâ€ under Russian law. The authoritiesâ€™ move came amid a fresh crackdown on dissent that includes the alleged poisoning and imprisonment of Alexei Navalny, whose whereabouts were unknown after a prison transfer Friday, according to his lawyers.

The Russian internal affairs ministry Saturday afternoon confirmed that some 200 people had been detained. The event was in violation of health standards, and a â€œsignificantâ€ set of participants did not have personal protective equipment, the statement said. Â

â€œIn addition, among the participants, members of an organization were identified whose activities were recognized as undesirable on the territory of the Russian Federation,â€ the statement said.

At least 180 people were arrested at the Municipal Russia Forum, according to the latest tally from OVD-Info, which monitors arrests and repression in Russia.

The event was organized by Open Russia, an organization funded by ex-tycoon Mikhail Khodorkovsky which was deemed â€œundesirableâ€ under a 2015 measure that critics say criminalizes dissent. The Kremlin has cast it as a way to protect against foreign influence.

â€œA very symbolic end to a short forum: deputies in paddy wagons, and masked police are twisting peopleâ€™s arms,â€ said Ilya Yashin, a prominent opposition leader of one of Moscowâ€™s municipal districts, in a Facebook post.

Yashin was arrested as he spoke to the press. Other prominent officials detained include Moscow municipal council member Yulia Galyamina and Yevgeny Roizman, a former Yekaterinburg mayor.

Latvian Foreign Minister Edgars RinkÄ“viÄs condemned the detentions. â€œIt is another blatant violation of fundamental political rights of citizens by the Russian authorities,â€ he said on Twitter.

A half-day after his arrest, Yashin posted an update to Twitter saying heâ€™d been slapped with an administrative violation and was free pending trial.