Russia hits back at von der Leyen over Sputnik vaccine 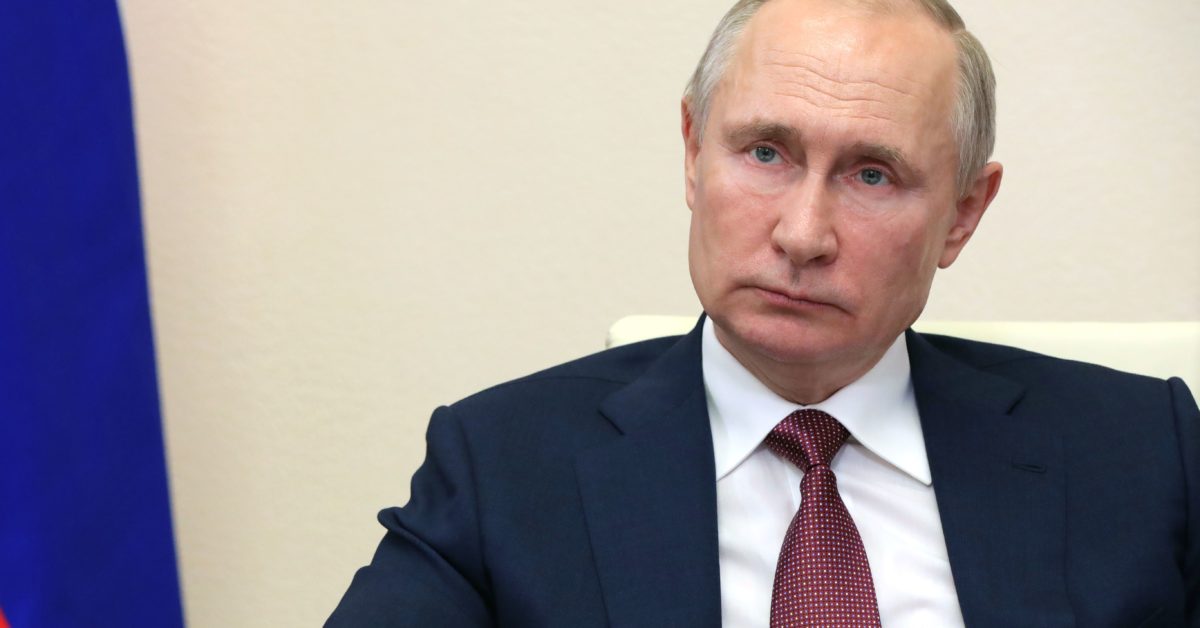 In a statement, the Russian embassy in Brussels said von der Leyen’s comments were “either an effort to politicize the issue in an unsubstantiated and, indeed, deplorable way, or indicates an inadequate level of awareness of the top-level official.”

On Wednesday, the Commission chief made rare public remarks about the Russian vaccine, which several EU countries have said they are considering for potential emergency authorization, and suggested that even Russians don’t want the shot.

Speaking at a news conference, von der Leyen flatly denied reports that the Russian vaccine’s manufacturer, the Russian Direct Investment Fund (RDIF), had applied for regulatory approval from the European Medicines Agency. Then she added: â€œOverall I must say we still wonder why Russia is offering theoreticallyÂ millionsÂ andÂ millionsÂ of doses while not sufficiently progressing in vaccinating their own people.”

RDIF has insisted Sputnik V is as good as Western-made vaccines, and that it is pushing for EU approval, while critics say it is being used by the Kremlin as a geopolitical tool and shouldn’t be trusted. But Russian and international news organizations have reported a lack of heavy public demand for the vaccine, with many doses stockpiled in clinics. Russian President Vladimir Putin, considered high risk at age 68, also has not been vaccinated, or at least has not acknowledged receiving it.

In its statement on Thursday evening, the Russian Permanent Mission to the EU said it was “perplexed to hear” von der Leyen’s assessment “as it is representatives of the Russian authorities, scientific community and business entities, including the Russian Direct Investment Fund, engaged in promoting the vaccine on the global market, have repeatedly publicly stressed that vaccination of its own citizens constitutes an absolute priority for Russia in its fight against COVID-19.”

The statement continued: “In full compliance with the principles of democracy and humanitarian law, inoculation in Russia is voluntary, and to date, all interested citizens are provided with the vaccine without delay and free of charge. An extensive network of vaccination centers has been set up and is constantly being improved, including employing modern digitalization tools.”

The embassy insisted that efforts to supply the Sputnik vaccine to other countries were “in no way linked” to the availability of vaccines for the Russian population. The statement did not provide any details on domestic or international production.

Questions have swirled around the Sputnik vaccine since Russian regulators first licensed it for limited use in August without waiting for safety or efficacy data from a phase III clinical trial. A peer-reviewed study published in The Lancet medical journal earlier this month found the Sputnik vaccine to be safe and more than 91 percent effective.

Von der Leyen’s comments on Wednesday came as the Commission is seeking to restore confidence in EU capitals over the management of the bloc’s own vaccine strategy, which has moved far more slowly than it had hoped, mainly as a result of unexpected manufacturing shortfalls. The slow rollout has only increased interest in the Russian vaccine, for which Hungary, for instance, has already granted emergency approval.

A Commission spokesman did not immediately reply to a request for comment on the Russian statement.

In describing the process required for EU regulatory approval on Wednesday, von der Leyen also said Russia would have to open its manufacturing sites to European inspectors.

Russia, in turn, has not consistently inspired confidence in the Sputnik vaccine, for example by refusing to publish the protocol of its initial clinical trial.

In its statement, the embassy said Russia was now prepared to make full disclosures. “Our country is ready to provide any state with full information on the invention of Russian scientists, as well as trial batches of Sputnik V, so that interested partners could conduct a full and independent analysis both of its pharmacological characteristics and of other economic and logistical factors.”

The embassy also took a parting shot at von der Leyen, urging the EU to rise above politics and grant regulatory approval. “We presume that production and distribution of vaccines should be beyond politics,” it said. “So we hope that the EU will evaluate the Russian vaccine on the basis of scientific and humanitarian, rather than political considerations.”

The vaccine issue is just one element of broader tensions between Moscow and Brussels. EU diplomats on Thursday said the bloc was set to prepare new sanctions over the jailing of opposition leader Alexei Navalny.