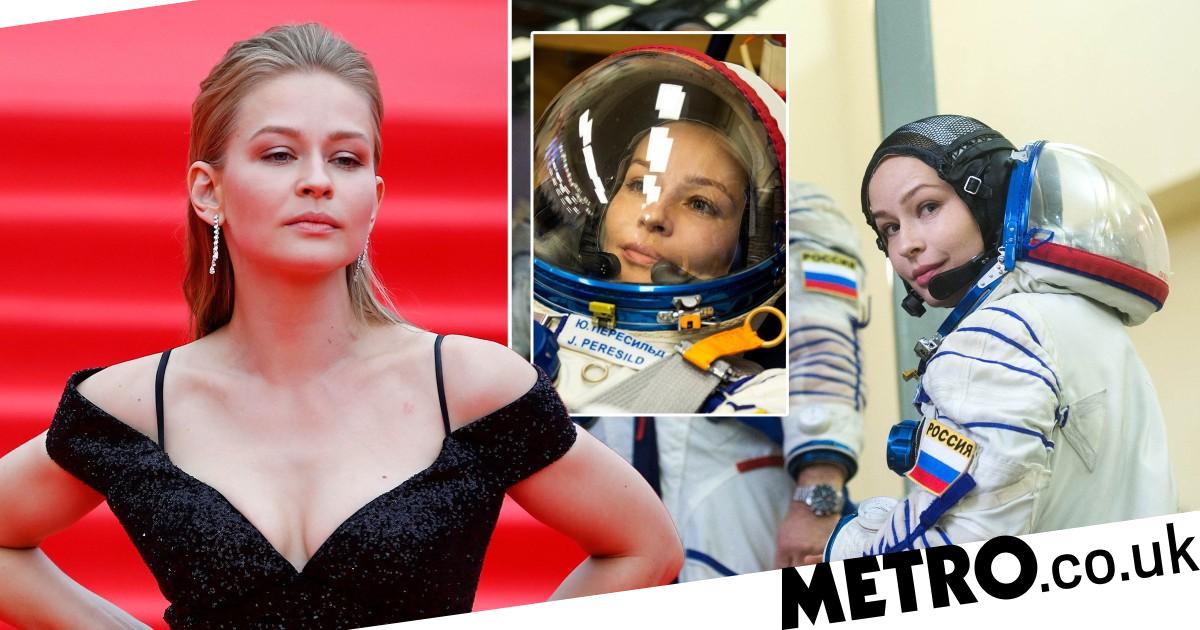 A Russian actress is preparing to fly to the International Space Station (ISS) next week in order to shoot a movie in space.

Yulia Peresild will blast off aboard a Soyuz MS-19 rocket on October 5 and will be joined by a director and two other cosmonauts.

This will be the first film shot in orbit and will see the Russians chalk up another space-based victory over the Americans.

That’s because Hollywood megastar Tom Cruise is also rumoured to be planning a trip to the ISS to film a movie of his own.

But it seems Peresild will beat him to the punch. While in space she will become her own make-up artist and costume designer.

The Russian cosmonauts aboard the ISS will also be seen in the finished film.

‘This movie is built around a story of an ordinary person… a doctor who had nothing to do with space exploration and never thought about it is offered to travel to the ISS… and save a cosmonaut’s life,’ director and actor Klim Shipenko told a news conference last week.

Commander Anton Shkaplerov added: ‘I won’t be starring in it but still I will need to figure out how a movie is produced in such an unusual place as outer space.’

The project is being produced with the help of Roscosmos, the Russian space agency.

Peresild said: ‘It will not be on the same level as on Earth, but we will do our best. We are ready for it.’

‘It is a bit too late to be afraid because we’ve come so far, there is Baikonur ahead and a lot of things (to do) and to be honest, there is just no time left for fear.’

The film is provisionally titled ‘Challenge.’

Meanwhile, Nasa and Elon Musk’s company SpaceX are reportedly partnering with Cruise for his $200 million (£140m) project, which will be directed by Doug Liman.

Dates for Cruise’s flight to space haven’t been announced yet.

After spending six months on the ISS, Peake said he’d love to go back and even dreams of being able to set foot on the moon.


MORE : Tim Peake reveals he now wants to go to the moon as he launches first children’s book