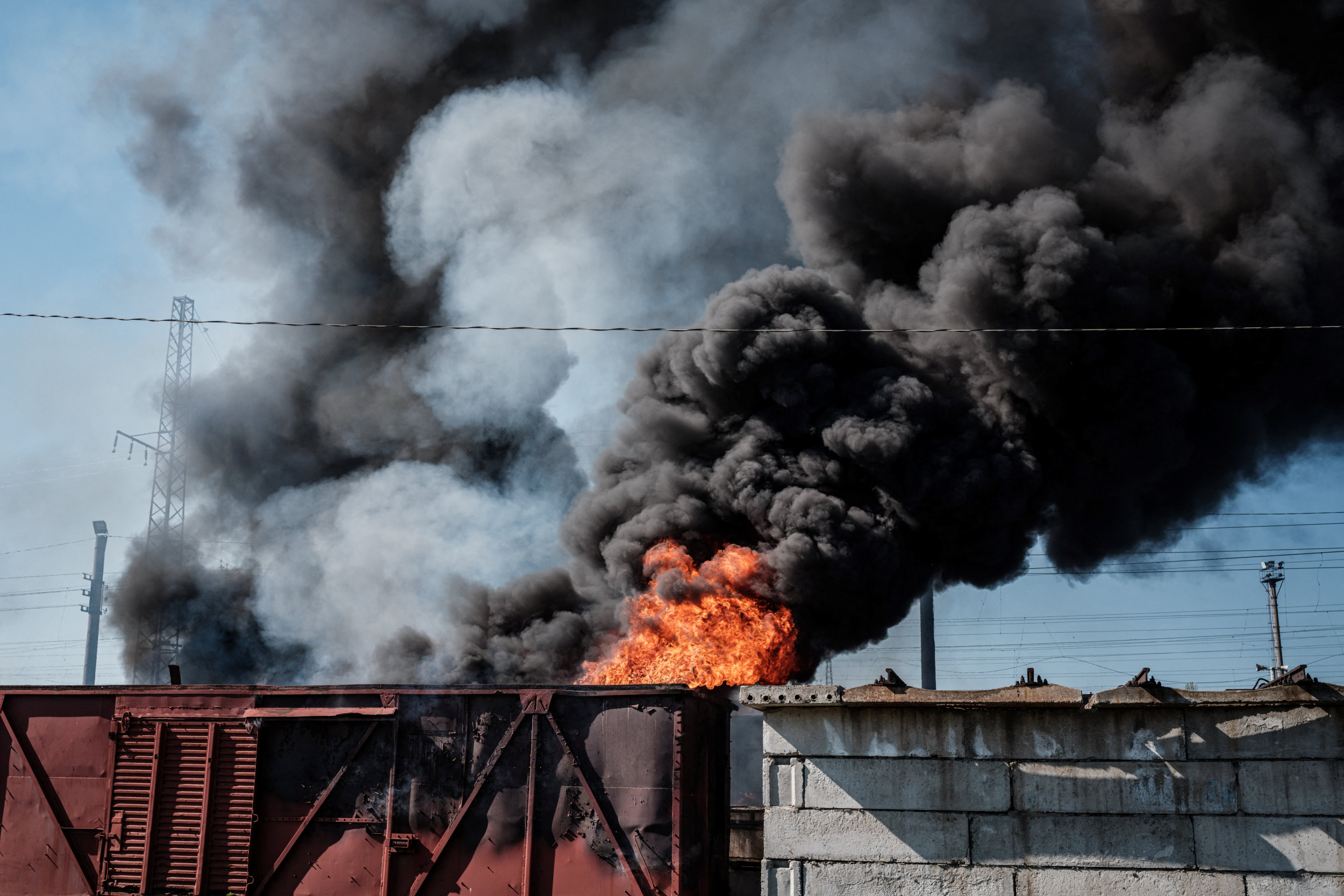 A Russian analyst has echoed the dire sentiments of others in the wake of Ukraine retaking the city of Lyman in a strong counteroffensive, warning that Moscow is facing a “critical situation.”

Boris Rozhin, a Crimea-based Russian war blogger, posted an update on Russian efforts to his Telegram account on Sunday. As reported by Francis Scarr, a journalist covering Russian media for the BBC, his summation of the current situation was dire, noting that Ukrainian forces are pressing their positions near two southern regions.

“By the evening of October 2, the situation in the Nikopol direction worsened,” Rozhin wrote, as translated by Google. “The enemy is advancing south towards Berislav across the Golden Balka. The situation may become critical in the near future.”

Nikopol is a city located along the Dnipro River in Southern Ukraine, near the borders of the Kherson and Zaporizhzhia regions. Russian President Vladimir Putin on Friday announced the annexation of the two regions, along with Donetsk and Luhansk to the east, despite mounting losses in Ukraine. Berislav is located in Kherson, down the river from Nikopol.

In another post from Sunday, Rozhin said that Ukrainian forces possess “a significant numerical superiority in manpower,” and that the “fighting continues along the entire line of contact” as their army pushes further south.

On Saturday, the Russian Defense Ministry confirmed that its troops had retreated from Lyman, a city in the Donetsk region that the country’s forces had been using as a transportation and logistical hub. It was one of the most significant victories yet for the Ukrainian military in repelling the invaders and has been met with derision and criticism from Russian media figures.

“The Russian information space—composed of Kremlin propagandists, pundits, and milbloggers—registered the defeat as the result of the Russian military command’s failure to send reinforcements in a timely manner, while openly criticizing repeated bureaucratic failures during the mobilization,” a Saturday report from the Institute for the Study of War (ISW) said.

Similar sentiments were shared on a state-run Russian news channel on Saturday by Andrey Gurulyov, a politician and former military commander. Gurulyov accused leaders in the Russian army of preventing the deployment of sufficient reinforcements to Lyman by filing consistently positive reports in an effort to make it seem like things were going well.

“I honestly can’t understand why after all this time they couldn’t accurately appraise the situation, why they didn’t make a decision to reinforce the group that was defending Lyman,” Gurulyov said. “No matter how heroically they fought, there’s an elementary calculation of military capabilities, which shows whether Lyman could be held or not. The problem we have is the constant delivery of good reports, or you can call it constant lying. This system does not go from bottom to the top, but top to bottom.”