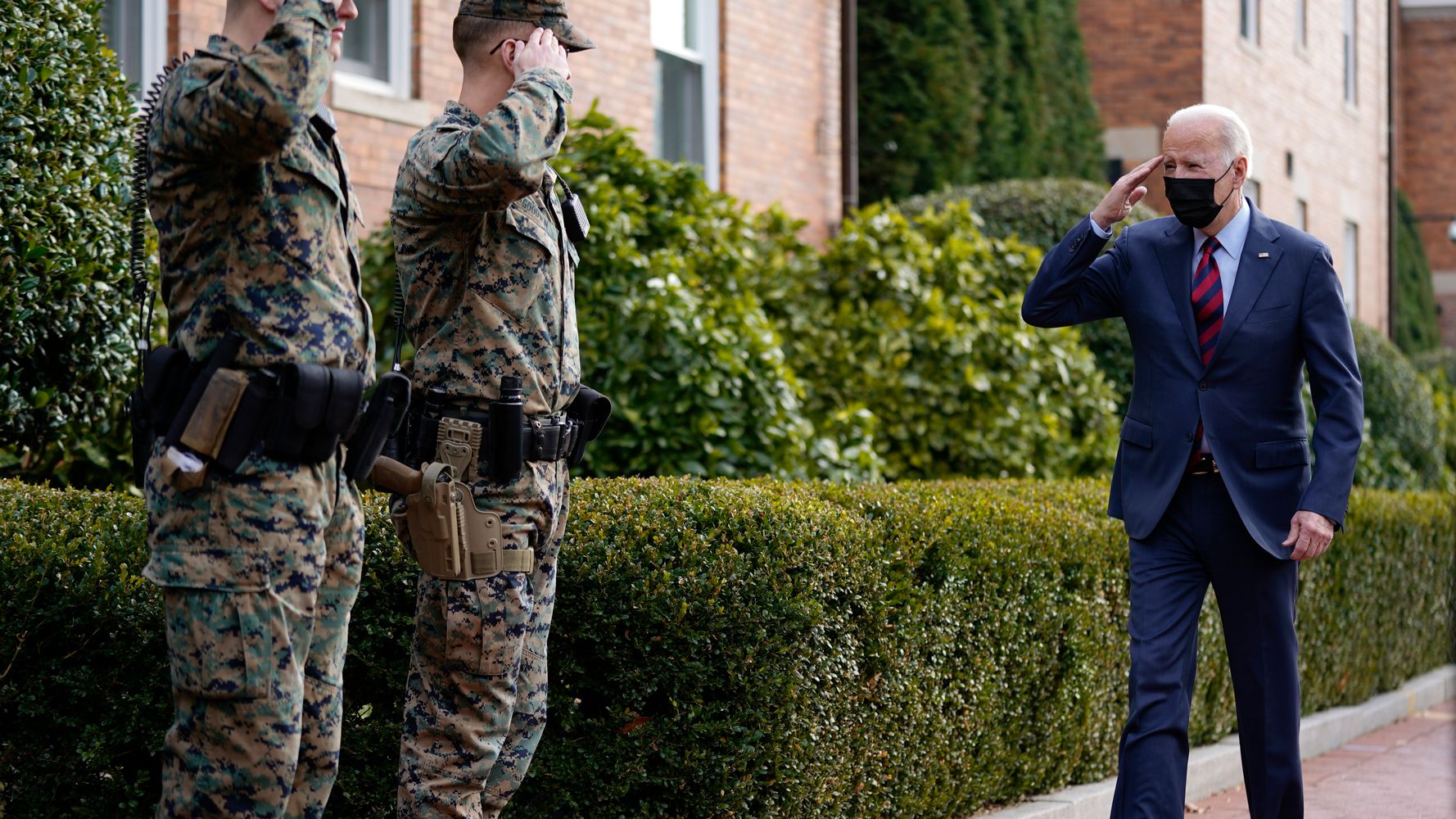 WASHINGTON (AP) â€” President Joe Bidenâ€™s effort to rally support, both at home and abroad, ahead of a potential Russian invasion of Ukraine is just the latest big test of his ability to bridge ideological gaps and balance competing interests to build effective coalitions.

His record so far as president suggests itâ€™s no sure thing. Biden is trying to pull off the kind of alliance on the international front that has eluded him on his domestic agenda as he faces defeats on voting rights and his signature $2.2 trillion domestic and climate spending bill.

The pileup of difficult moments is providing a major test of the twin pillars of Bidenâ€™s 2020 candidacy: that he could get things done competently at home and restore Americaâ€™s standing in the world after Donald Trumpâ€™s volatile four years in the White House.

â€œStarting with the messy end of the war in Afghanistan in the late summer, the upsurge in COVID cases into the fall, overlaid by economic concerns of inflation and labor shortages and his issues with his legislative agenda, Bidenâ€™s found himself with a weary American public who are seeing a number of unfulfilled promises,â€ said Christopher Borick, director of the Institute of Public Opinion at Muhlenberg College. â€œThe situation in Ukraine presents another test of his competency.â€

The latest crisis comes as Biden already has seen his public support dragging.

Only about a quarter of Americans have significant confidence in Biden to effectively manage the military or promote U.S. standing in the world. Close to 4 in 10 have little confidence in Biden in these areas, according to an Associated Press-NORC Center for Public Affairs Research Poll. Democrats are now less likely than they were as he took office to say they have â€œa great deal of confidenceâ€ (48% vs. 65%), according to the poll.

Administration officials have been scrambling to get NATO allies on the same page with a Russian attack seen as more likely.

Bidenâ€™s national security aides have been working with individual European nations, the European Commission and global suppliers on contingency plans if Russia interrupts energy supplies to the continent.

The president has said repeatedly that he will not send U.S. troops to Ukraine. But he has ordered 8,500 to be on heightened alert for deployment to the Baltic Region. And he warned again on Tuesday of â€œenormous consequencesâ€ and severe sanctions for Russia â€” as well as Putin personally â€” if Russia takes military action against Ukraine.

He said heâ€™d spoken with every NATO ally â€œand weâ€™re all on the same page.â€

In fact, Biden, who met by secure video call with several key European leaders on Monday, claims thereâ€™s â€œtotal unanimityâ€ in the Western allianceâ€™s approach to the crisis. But there are signs of differences.

Germany declined to send military aid to Ukraine even as the U.S. and other NATO allies sent aid and looked to assist Kyiv further. The Germans argued that such aid could further inflame tensions.

Ukrainian President Volodymyr Zelenskyy bristled at Bidenâ€™s comment last week that a â€œminor incursionâ€ of Ukraine would result in more limited consequences for Moscow. The president and White House quickly moved to clarify that the U.S. would impose severe sanctions against Russia for any invasion of Ukrainian territory. Ukrainian officials also complained that the U.S. State Department was â€œprematureâ€ in calling on families of American Embassy workers and nonessential employees in Ukraine to leave the country was â€œpremature.â€

French President Emmanuel Macron said Tuesday it was a â€œgood thingâ€ that the U.S. and Russia have been talking, but he noted he did not see any concrete results. Macron said he planned to speak directly with Putin on Friday

Meanwhile, Croatian President Zoran Milanovic blamed the escalation of tensions on the Biden administration and the pressure from â€œhawksâ€ on both sides of the U.S political scene. Croatia is a member of NATO, and its troops have taken part in the allianceâ€™s missions abroad.

Bidenâ€™s task in wrangling a global community with such differing perspectives and motivations is somewhat similar to his challenge at home, where heâ€™s been confronted by the realities of a 50-50 Senate and a Democratic coalition whose members donâ€™t always see eye-to-eye.

Yet the stakes for Biden and the world are potentially much greater as he tries to reassert American leadership after Europe began looking inward during the Trump years.

At home, as the crisis has developed in recent weeks, Biden has faced criticism from Republican lawmakers who have pushed for the White House to preemptively levy sanctions against Moscow. Biden says the U.S. has made clear to Russia that sanctions would be unprecedented and severe, but officials argue that preemptively acting would undermine any chance of moving Russia to step back from action.

The United States had long argued that the pipeline project would threaten European energy security by increasing the continentâ€™s reliance on Russian gas and allowing Russia to exert political pressure on vulnerable Eastern and Central European nations, particularly Ukraine.

But Biden, who raised his own concerns about the pipeline dating back to his time as vice president, announced last year he would waive sanctions against German entities because of the damage they would have done to U.S.-German relations.

Republican Sen. Ted Cruz of Texas, a potential 2024 White House contender, earlier this month made an unsuccessful legislative attempt to impose sanctions on the pipeline, which is completed but not yet operating. Secretary of State Antony Blinken and other administration officials have said it is unlikely gas will flow through the pipeline if Russia invades.

White House officials pushed back that GOP criticism ought to ring hollow after Trump tried unsuccessfully in his final months in office to dramatically scale back the U.S. troop presence in Europe, which they viewed as only emboldening Russian aggression in the region.

Senate Republican Leader Mitch McConnell, who previously criticized the Biden administration for not taking preemptive action against Moscow, offered a measure of support for the president on Tuesday. The senator called it â€œencouragingâ€ that Biden was surging military aid and putting U.S. troops on heightened alert for deployment to NATO allies in the Baltics

â€œIt appears to me the administration is moving in the right direction,â€ McConnell said.