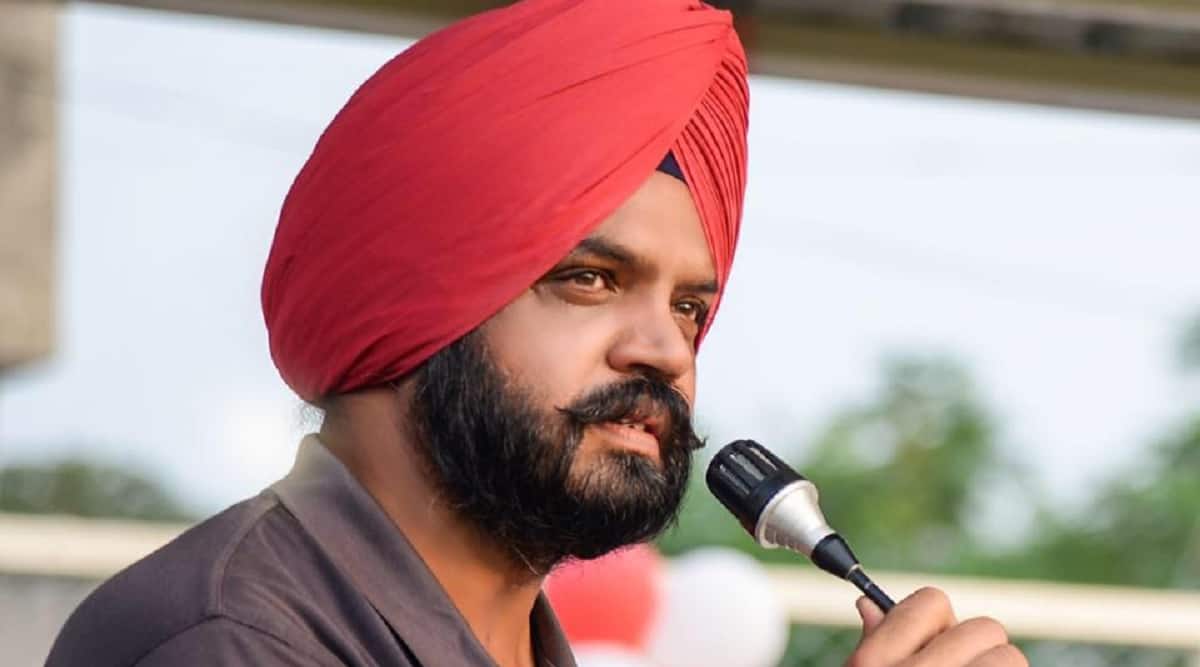 A Shiromani Akali Dal MLA, out of the three that party has in Punjab Vidhan Sabha, boycotted the presidential poll, saying issues related to Punjab remain unresolved and he was not consulted by his party leadership before deciding to back NDA candidate Droupadi Murmu.

Manpreet Singh Ayali, the MLA from Dakha, was among three Punjab legislators, including Congress’s Dr Raj Kumar Chabbewal and Hardev Singh Laddi Sherowalia, who did not cast their vote . Punjab Vidhan Sabha has 117 members. The two Congress members are stated to be out of the country.

Earlier, Ayali, in a video message said he spoke to voters and workers in his constituency, and took the decision not to exercise his franchise considering “sentiments of ‘panth’ (Sikh community).

Ayali also sought the implementation of a report of the Iqbal Singh Jhundan–led panel which was learnt to have recommended changes in the party leadership.

The Sukhbir Singh Badal-led SAD had set up the 13-member committee led by Jhundan to analyse the reasons for its humiliating defeat in the 2022 state assembly polls.

The SAD had announced support to Murmu in the presidential poll. The MLA said he had no opposition to the candidature of Murmu. “But when the party decided to vote for the BJP candidate, I was not consulted. Even the Sikh community was also not consulted about it.”

He alleged Punjab has always been discriminated against whenever the Congress rules Delhi. He said during the bifurcation of the state Chandigarh and some Punjabi-speaking areas were not given to the state. He also raised the issue of non-resolution of the the contentious river water issue.

He stated there was no hope from the Congress to address Punjab-related as he attacked party over the army action at the Golden Temple complex in 1984 and the anti-Sikh riots the same year.

He said he had hopes from his party after it came out of the alliance with the BJP. “But our (Punjab’s) issues remain unresolved.” “Be it the weakness of our leadership, or some personal interests, I do not know what are the reasons but our issues remained unresolved,” added Ayali.

He said his conscience was not allowing him to vote in the presidential poll. Referring to the Jhundan committee, Ayali said it had recorded the sentiments of people, workers and the Sikh community in a report after visiting 100 assembly constituencies.

If the SAD fights for the rights of Punjab and the Sikh community rather than going after gaining power, people will again repose faith in it, he said.
He also said the party did not bring anything into the notice of any commitment given by the Centre for resolving the Punjab issues before announcing its support to the BJP candidate.

Ayali said the SAD is the representative of ‘Panth’ and has always fought many battles for Punjab’s rights. “But today what the situation of the party is that we are left with just three seats. Somewhere, the party committed some mistakes and also made wrong decisions in the past,” said Ayali.

He said if the party wants to stand on its feet again, it should work as per sentiments of people and the Sikh community.

He also criticised the Centre for announcing to give land to Haryana in Chandigarh for setting an additional building of the Vidhan Sabha.

Ayali also raised the issues of related to Panjab University, the Bhakra Beas Management Board, release of Sikh prisoners who are in different jails despite completing their terms and banning of Sidhu Moosewala’s ‘SYL’ song and ‘Rihai’ song sung by Kanwar Grewal. “If the BJP wants to seek the support of people of Punjab and the Sikh community in future, then Punjab issues should be resolved on priority,” said Ayali.

There was no immediate reaction from the Akali Dal on Ayali’s remarks.

All 92 members of the ruling Aam Aadmi Party, including Dr Vijay Singla, who was removed as minister from Chief Minister Bhagwant Mann’s Cabinet on charges of corruption, voted in favour joint Opposition’s candidate Yashwant Sinha. Sixteen out total 18 Congress MLAs too exercised their franchise with party leader Sukhpal Khaira saying they voted for Sinha and “we expect him to be the country’s next President”.

Murmu is likley to have secured the votes the two BJP MLAs and one of the BSP. Independent MLA Rana Inder Partap Singh did not announce his support openly.

After casting his vote, CM Mann said he was fortunate to have voted for the second time in the Presidential poll. “Last time, I cast my vote when I was an MP. This time, being an MLA, I exercised my franchise at the Punjab Vidhan Sabha. If any election takes place…it is a festival. Today, we became a part of this festival,” Mann said.

The voting was held at the Vidhan Sabha complex from 10 am to 5 pm, Punjab Chief Election Officer Dr Karuna S Raju said. He said polling was peaceful. After the completion of the poll, a wooden crate carrying ballot box and other documents were sealed in the presence of the representative of the representatives of the contesting candidates and observer. The ballot box along with used and unused election material was later sent to the returning officer.