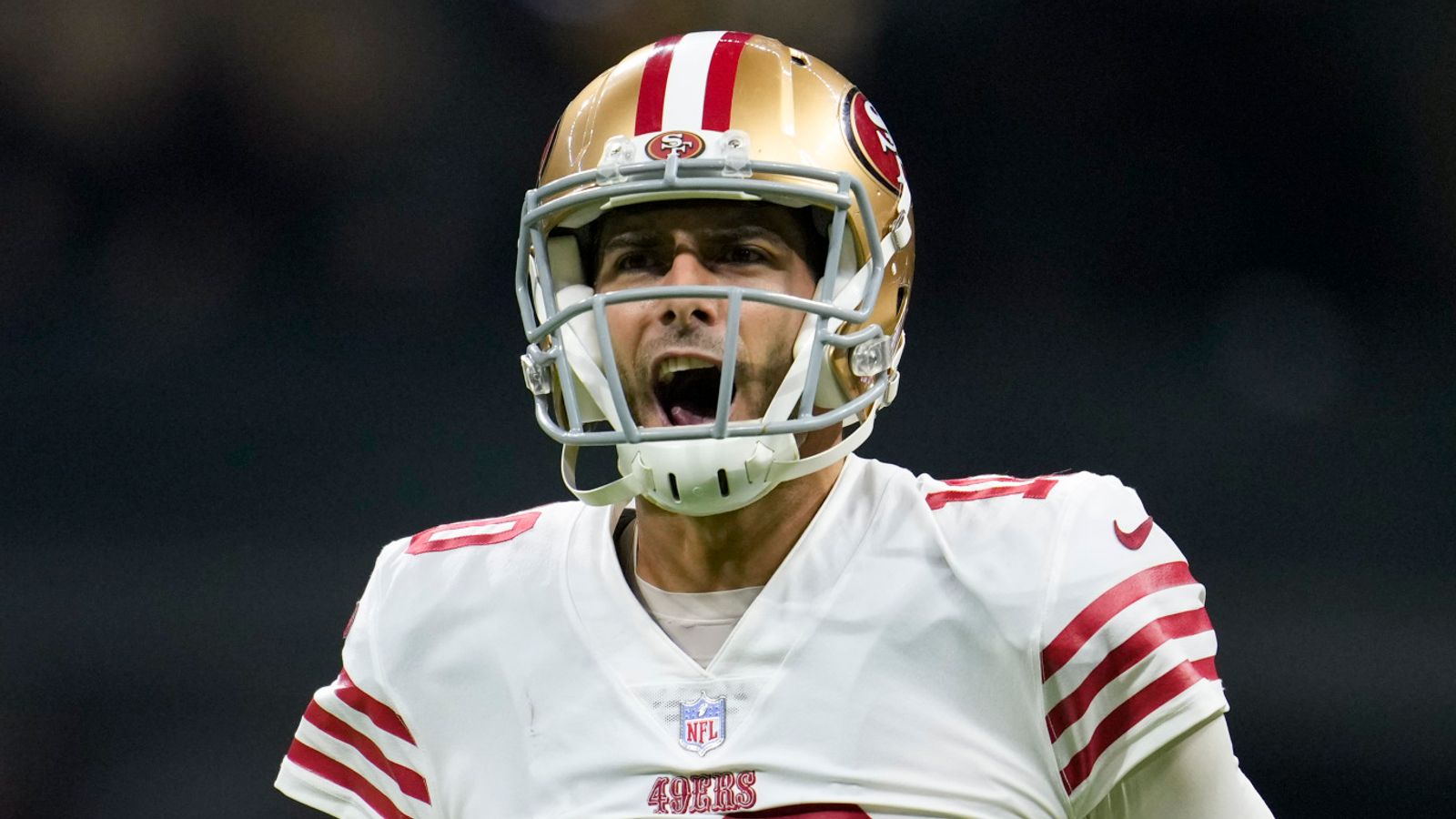 The 49ers (6-4) move into a tie for first in the NFC West with the Seahawks after the third-straight win; watch the NFL’s Thanksgiving Thursday triple-header – Bills @ Lions, Giants @ Cowboys and Patriots @ Vikings – live on Sky Sports NFL, 5.30pm, Sunday

Story of the Game

In the final NFL International Series game of the season, the 49ers (6-4) secured their third consecutive win in convincing fashion to move into a tie with the Seattle Seahawks for first place in the NFC West.

The Cardinals (4-7) played without starting quarterback Kyler Murray for the second-straight game because of a hamstring injury.

Veteran Colt McCoy, who guided Arizona to a victory against the defending Super Bowl-champion Los Angeles Rams last week, had no such luck at Estadio Azteca. McCoy was 24-of-34 passing for 218 yards, with one interception.

The Cardinals held a 3-0 lead after one quarter, courtesy of a 40-yard field goal by Matt Prater, before the 49ers began firing. Garoppolo threw TD passes of seven yards to Aiyuk and 39 yards to Kittle before Arizona scored its lone touchdown on a two-yard run by James Conner.

Robbie Gould kicked a 39-yard field goal with 43 seconds left in the half to make it 17-10 to the 49ers heading into the break. Samuel then scored on San Francisco’s opening drive of the second half, before Garoppolo tacked on two more scoring strikes, hitting Aiyuk from 13 yards and Kittle from 32, to seal the route.

The game was a rematch of a 2005 contest at the same stadium that was the NFL’s first-ever regular-season game played outside of the United States.