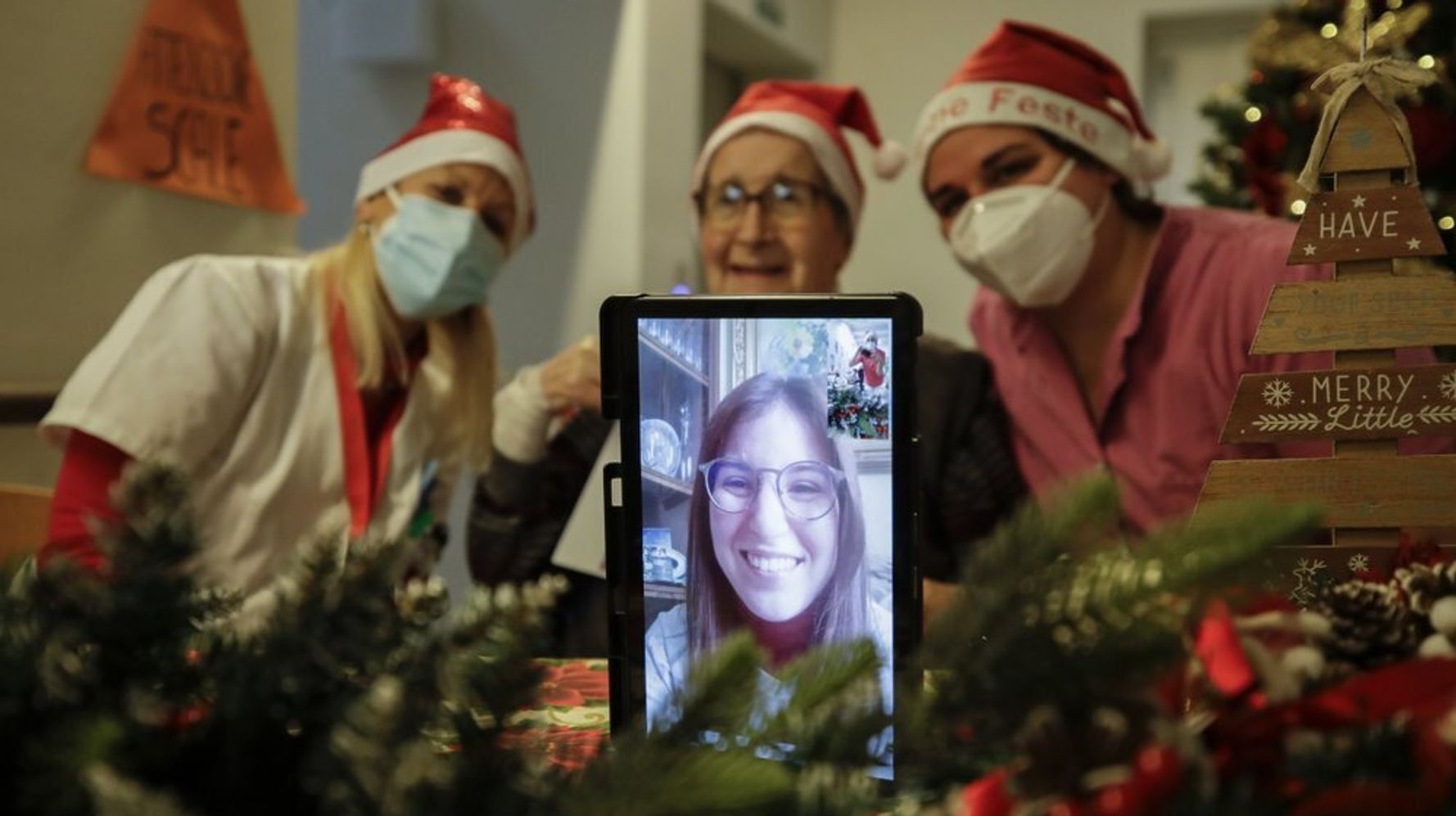 ALZANO LOMBARDO, Italy (AP) â€” Emotions are running high this holiday season at the Martino Zanchi Foundation nursing home in northern Italy near Bergamo after months of near-total isolation for its residents.

Long-time resident Celestina Comotti was disbelieving as a staff member read aloud a Christmas greeting from a family peering at her expectantly over a video call.

â€œDamn!â€ Comotti exclaimed when nursing home staff confirmed that her well-wishers – 9-year-old Simon, his sister Marta and mother Alessia – were people she had never met before. The 81-year-old woman dissolved into tears.

â€œI am trembling,â€ she said, adjusting her eyeglasses.

Despite a grim year marked by death and loneliness, the holiday spirit is descending on the Zanchi nursing home, one of the first in Italy to shut its doors to visitors after a COVID-19 case was confirmed in the nearby hospital on Feb. 23.

The bearers of glad tidings were the so-called â€œgrandchildren of Santa Claus,â€ people who answered a charityâ€™s call to spread cheer to elderly nursing home residents, many of whom live far from their families or donâ€™t have any family members left.

The â€œSantaâ€™s grandchildrenâ€ program is in its third year. Last year, it matched 2,550 â€œgrandchildrenâ€ with residents of 91 nursing homes. This year, 5,800 gifts were dispatched to 228 nursing homes around the country â€• an outpouring that is, in part, a reaction to the devastating toll that the coronavirus has had on the elderly, comprising the majority of Italyâ€™s confirmed 70,000 COVID-19 dead.

This was the Zanchi nursing homeâ€™s first year participating in the â€œSantaâ€™s grandchildrenâ€ program. The town of Alzano Lombardo, where the home is located, was one of the hardest hit in Bergamo province, where Italyâ€™s first domestically transmitted coronavirus infections cases were discovered and touched off the countryâ€™s deadly spring surge.

Michela Valle, the homeâ€™s activities coordinator, said her goal wasnâ€™t so much about fulfilling elderly Italiansâ€™ wishes for holiday gifts but â€œabout creating ties.â€ The program matched benefactors with 43 Zanchi residents this season. Valle hopes that one day, when pandemic eases substantially, there can be in-person meetings.

The recipients wore Santa hats during the virtual visits with their volunteer grandchildren. They received gifts to unwrap during the calls, too. Comottiâ€™s adoptive family sent her a shawl, just as she had requested.

â€œBlue, like your eyes,â€ nursing home director Maria Giulia Madaschi said. Comotti laughed happily as the workers wrapped the shawl around her.

Tami â€œMarioâ€ Palmiro was thrilled with his baseball cap emblazoned with the name of Bergamoâ€™s Atalanta Serie A professional soccer team, provoking a stadium cheer from the 81-year-old, before he, too, broke down in tears.

Palmiro arrived at the nursing home in August, undergoing a transition more wrenching than usual due to virus-control procedures that strictly limit family visits, Madaschi said.

One of the â€œgrandchildren,â€ Ilaria Sacco, said she signed up because she was unable to travel home to Italy from California for Christmas this year, and wanted to feel connected. Another, Caterina Damiano, explained that she had lost both of her grandparents this year â€œbut I still want to be a grandchild.â€

Madaschi said she often found herself moved to tears by the interactions, as the â€œnipotiâ€ and â€œnonniâ€ found common ground. Many are already creating ties, sometimes with real relatives facilitating contact with the new â€œnipoti.â€

â€œThe guests could perceive the Christmas spirit, the joy of the holiday â€• to be able to unwrap and gift, such a normal event in this anomalous period in which we are living,â€ she said. â€œIt has been a wonderful experience. To be repeated.â€