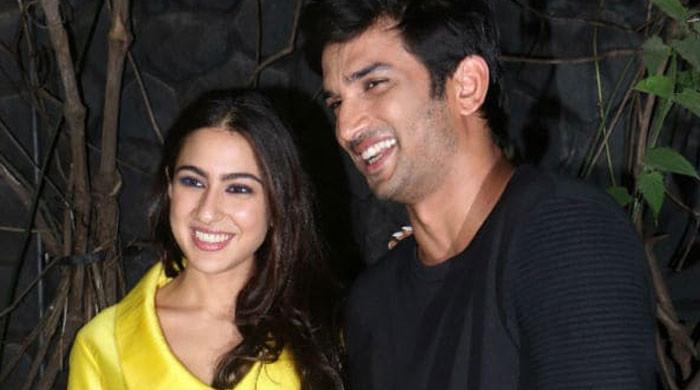 Indian actress Sara Ali Khan, who made his film debut with Kedarnath alongside Sushant Singh Rajput, shared an unseen adorable photo with the co-star to pay tribute to him on his first death anniversary.

The Coolie No. 1 actress took to Instagram and posted a sweet throwback photo with Sushant and wrote â€œWhenever I needed help, advice or a laugh you were always there. You introduced me to the world of acting, made me believe that dreams could come true, and gave me all that I have today.â€

Sara further said â€œStill canâ€™t believe youâ€™re gone. But every time I look at the stars, the rising sun or the moon I know youâ€™re here.â€

â€œFrom Kedarnath to Andromedaâ€, she concluded.

Sara Ali Khan made her acting debut with Kedarnath alongside Sushant Singh Rajput in 2018.

Rumours were also abuzz, Sara and Sushant were dating during the shooting of Kedarnath.