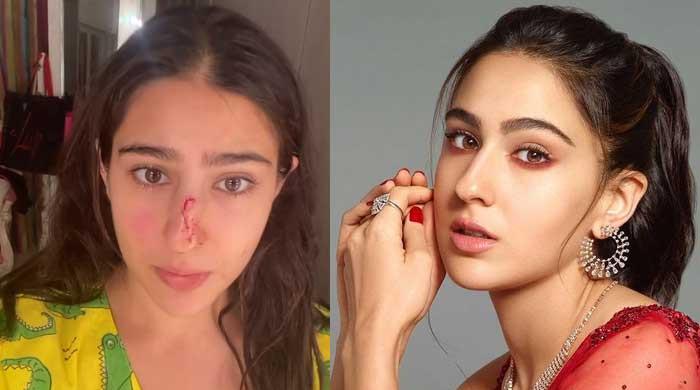 The Love Aaj Kal actress turned to Instagram and shared a video wherein bruises can be clearly seen on her nose.

The video started with a bandage on Sara’s nose and later, she removes it and shows the scar.

She then removes the bandage to reveal her bleeding nose and said, â€œMore like, knock out.â€

The video has left Saraâ€™s fans concerned and they flooded the comment section with get-well-soon wishes.