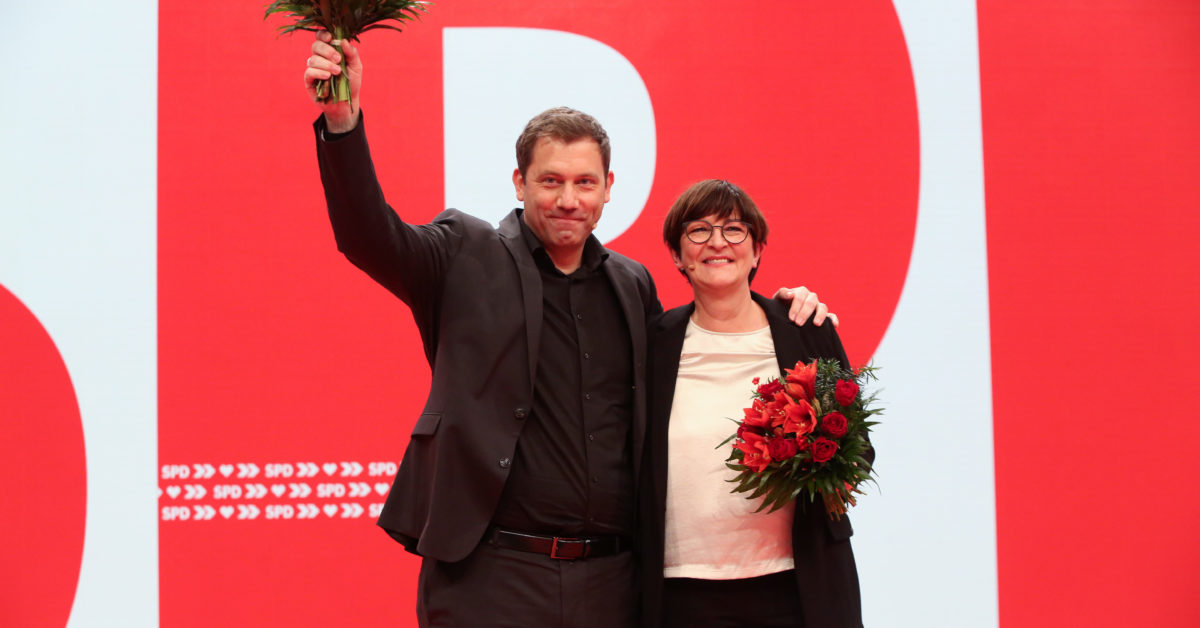 Saskia Esken and Lars Klingbeil were elected to the new joint leadership of Germanyâ€™s governing Social Democratic Party (SPD) during a party conference Saturday in Berlin.

â€œWe will change this country, we will strengthen it and we will make it more just,â€ Esken told hundreds of party delegates present in person and online.

Esken was reelected with 76.7 percent of votes and Klingbeil received 86.3 percent.

Klingbeil, 43, has been the partyâ€™s secretary-general since 2017. He managed the partyâ€™s victorious federal election campaignÂ in September and, like Scholz, represents a more moderate SPD faction. Esken, 60, who was reelected to the role sheâ€™s held since 2019, is further to the left.

â€œThanks for your trust. The new assignment is a great honor for me and it fills me with humility. We look forward to everything that is to come!â€ Klingbeil tweeted shortly after the vote.

Kevin KÃ¼hnert, from the left of the party, was elected as SPD secretary-general with 77.8 percent.