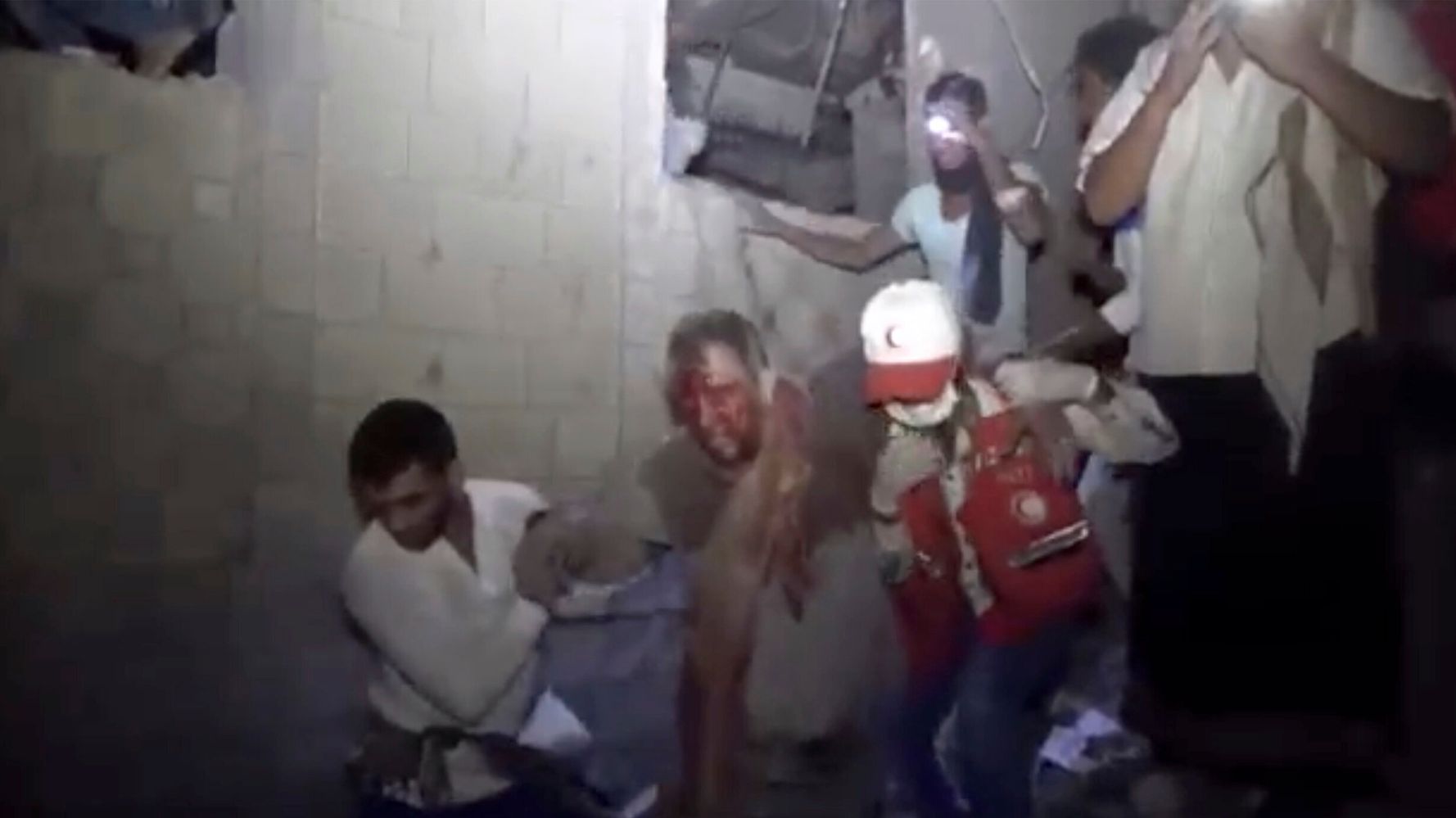 A strike in the port city of Hodeida, later confirmed by satellite photos analyzed by The Associated Press, hit a telecommunication center there thatâ€™s key to Yemenâ€™s connection to the internet. Airstrikes also hit near Sanaa, Yemenâ€™s capital held by the Iranian-backed Houthi rebels since late 2014.

The intense campaign comes after the Houthis claimed a drone and missile attack that struck inside the capital of the United Arab Emirates earlier in the week.

Basheer Omar, an International Committee of the Red Cross spokesperson in Yemen, gave the casualty figure to the AP. He said rescuers continued to go through the prison site in the northern city of Saada, also controlled by the Houthis.

â€œThe toll is likely to increase, unfortunately,â€ Omar said. The Red Cross had moved some of the wounded to facilities elsewhere, he said. There was no breakdown for how many were killed and how many were wounded.

Doctors Without Borders in a separate statement put the number of wounded alone at â€œaround 200â€ people.

â€œFrom what I hear from my colleague in Saada, there are many bodies still at the scene of the airstrike, many missing people,â€ said Ahmed Mahat, the organizationâ€™s head of mission in Yemen. â€œIt is impossible to know how many people have been killed. It seems to have been a horrific act of violence.â€

The organization Save the Children said over 60 were killed in Saada, describing the prison holding detained migrants.

â€œThe initial casualties report from Saada is horrifying,â€ said Gillian Moyes, Save the Childrenâ€™s country director in Yemen. â€œMigrants seeking better lives for themselves and their families, Yemeni civilians injured by the dozens, is a picture we never hoped to wake up to in Yemen.â€

The Saudi-led coalition fighting the Houthis did not immediately acknowledge the strike in Saada.

As for the airstrike in Hodeida that apparently took Yemen entirely offline, NetBlocks said the internet disruption began around 1 a.m. local and affected TeleYemen, the state-owned monopoly that controls internet access in the country. TeleYemen is now run by the Houthis who have held Yemenâ€™s capital, Sanaa, since late 2014.

Over 12 hours later, the internet remained down. The Norwegian Refugee Council decried the strike as â€œa blatant attack on civilian infrastructure that will also impact our aid delivery.â€

The Houthiâ€™s Al-Masirah satellite news channel said the strike on the telecommunications building had killed and wounded people. It released chaotic footage of people digging through rubble for a body as gunshots could be heard. Aid workers assisted bloodied survivors.

Save the Children said the airstrike in Hodeida killed at least three children playing on a soccer field.

Satellite photos analyzed by the AP corresponded to photos shared on social media of the telecommunications building being flattened by the airstrike.

The Saudi-led coalition battling the Houthi rebels acknowledged carrying out â€œaccurate airstrikes to destroy the capabilities of the militiaâ€ around Hodeidaâ€™s port. It did not immediately acknowledge striking a telecommunication target as NetBlocks described, but instead called Hodeida a hub for piracy and Iranian arms smuggling to back the Houthis. Iran has denied arming the Houthis, though U.N. experts, independent analysts and Western nations point to evidence showing Tehranâ€™s link to the weapons.

A cut to the FALCON cable in 2020 caused by a shipâ€™s anchor also caused widespread internet outages in Yemen. Land cables to Saudi Arabia have been cut since the start of Yemenâ€™s civil war, while connections to two other undersea cables have yet to be made amid the conflict, TeleYemen previously said.

The Saudi-led coalition entered Yemenâ€™s civil war in 2015 to try and restore to power the impoverished countryâ€™s internationally recognized government, ousted by the Houthis the year before. The war has turned into the worldâ€™s worst humanitarian crisis, with international criticism of Saudi airstrikes that have killed hundreds of civilians and targeted the countryâ€™s infrastructure. The Houthis meanwhile have used child soldiers and indiscriminately laid landmines across the country.

The war has killed some 130,000 people, including over 13,000 civilians slain in targeted attacks, according to the Armed Conflict Location & Event Project.

The war reached into the United Arab Emirates, a Saudi ally, on Monday, when the Houthis claimed a drone and missile attack on Abu Dhabi, killing three people and wounding six. Although the UAE has largely withdrawn its forces from the conflict, it remains heavily involved in the war and supports local militias on the ground in Yemen.

On Thursday, the U.N. Secretary General Antonio Guterres said he was alarmed at the ongoing airstrikes in Sanaa, Hodeida and other locations in Yemen, as well as separate shelling attacks. The bodyâ€™s special envoy to Yemen, Hans Grundberg, ended a visit to Riyadh on Thursday that was meant to discuss the spike in hostilities with Saudi and exiled Yemeni government officials.