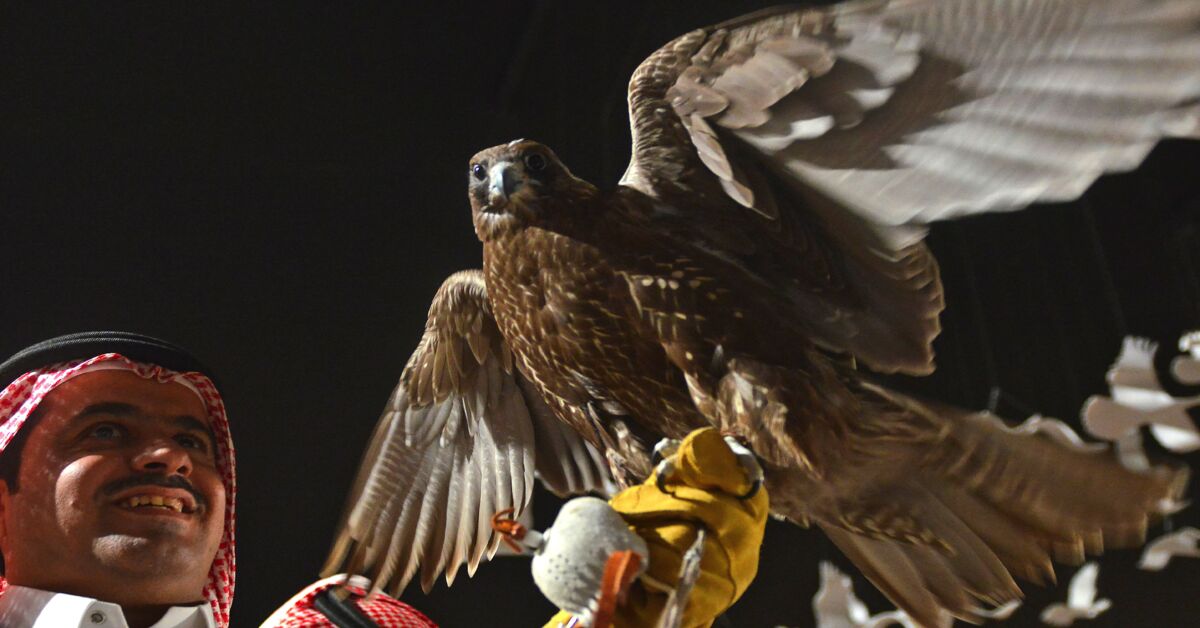 The 10-day Saudi International Falcons and Hunting Exhibition is taking place north of the capital, Riyadh. The event includes an exhibition of hunting guns and falcons, shooting ranges and more, the official Saudi Press Agency reported.

Falconry refers to the practice of using trained birds to hunt on behalf of humans. Falcons are often used, although hawks, eagles and other types of winged creatures may also partake. The birds typically hunt small mammals.

The history of falconry on the Arabian peninsula dates back thousands of years. Arab tribes trapped birds and then trained them to hunt so the tribes could feed their communities. They released the birds into the wild at the end of the hunting season, according to National Geographic.

The tradition continues in Arab Gulf states today. The largest falcon hospital in the world is in the United Arab Emirates. The Saudi International Falcons and Hunting Exhibition is purportedly the largest of its kind in the world. Saudi Arabia also hosts an annual falcon racing festival that is described by Gulf media outlets as the biggest worldwide.