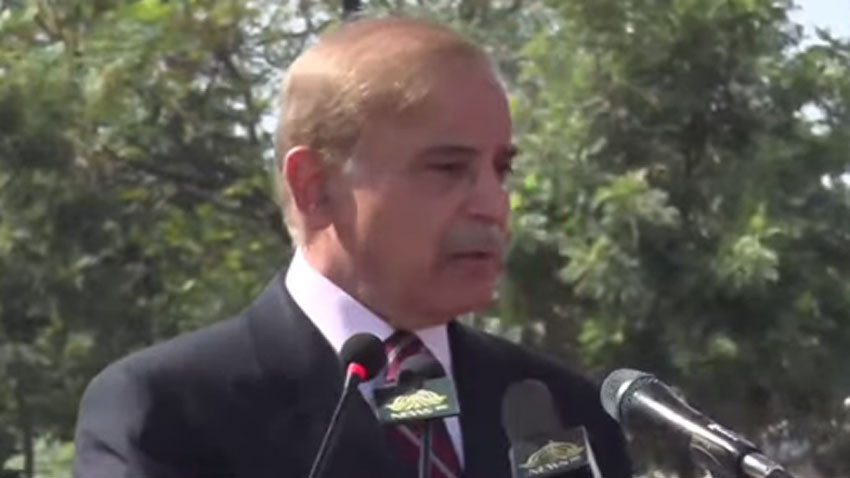 The premier made the remarks during his address at the ceremony of the passing out parade of the 48th batch of assistant superintendent police (ASP) at the National Police Academy in Islamabad.

Shehbaz said that the government has revived projects with Saudi Arabia that had been facing delays for the last few years. He informed that the kingdom will establish an oil refinery at a cost of $10-12 billion in the country.

Alluding to relations with both Saudi Arabia and China, the premier said both countries have always stood by Pakistan in difficult times.

He also commented on the country’s ties with the United States, saying that “we are trying to improve our relations with the US”.

It is pertinent to note that earlier this week the prime minister was on an official two-day visit to KSA to attend the ‘Davos in the desserts’ summit.

In his address at the parade, PM Shehbaz assured that necessary funds will be provided to equip police with the latest gadgets and training techniques, asking the interior secretary to prepare projects in this regard.

He stressed that there should be a forensic lab in the capital city and that the counter-terrorism department (CTD) should be a role model for the whole country.

PM Shehbaz was appreciative of the role of the police in eradicating terrorism and restoring peace in the country. He said that police personnel render their blood to protect the people from terrorists and criminals, and their sacrifices will not go in vain.

He said that during his tenure as Punjab chief minister, the CTD was established in the province and has now become a role model internationally.

The prime minister stated that “despite being blessed with all resources, Pakistan lags behind in development”, adding that we must learn from past mistakes to secure the future of the coming generations.

He explained that the training of young officers has been designed to be academically challenging and physically rigorous to prepare them in accordance with modern-day requirements.

Earlier, PM Shehbaz distributed shields and medals among the officers who secured distinction during the course and congratulated all the graduates. Assistant Superintendent Police Anam Sher won the sword of honour.