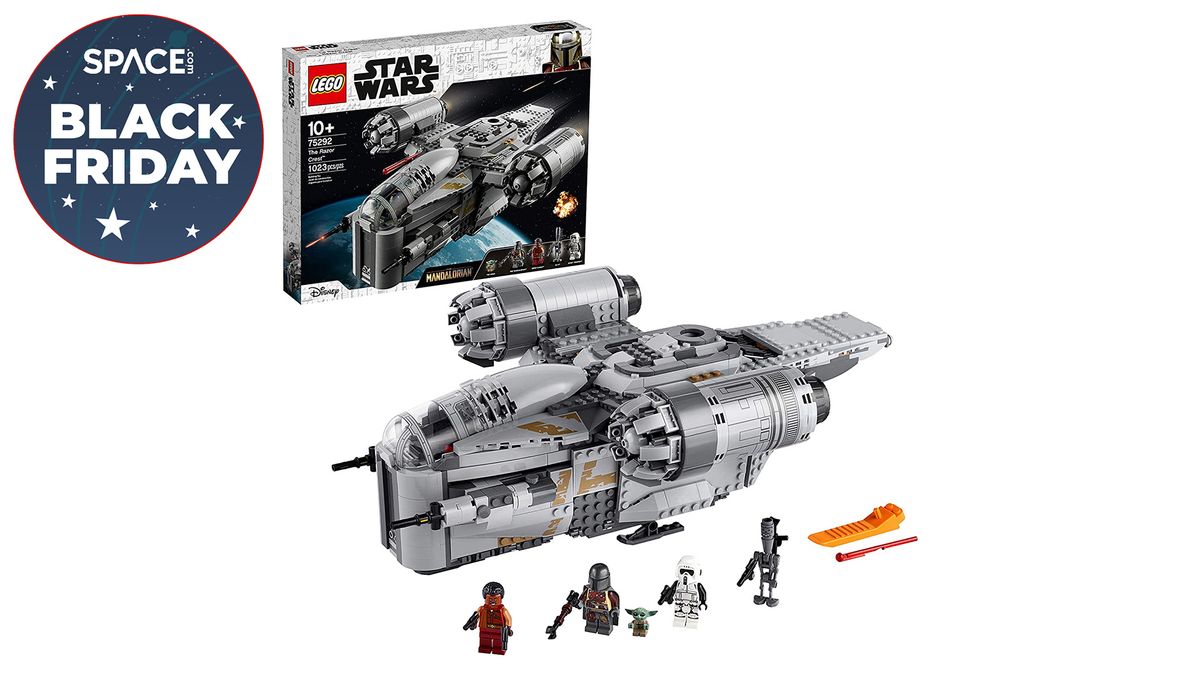 These Black Friday Lego deals discount two Mandalorian ships, making it easier than ever to build your collection.

If you’ve watched The Mandalorian on Disney Plus, you’ll know how it helped reignite Star Wars fever after the most recent movie trilogy wrapped up. Telling the story of a Mandalorian warrior tasked with protecting an adorable companion on a trip across the galaxy, the show captured the hearts and imaginations of Star Wars fans old and new. Pulling from both the prequel and original trilogies at various points, the show features plenty of iconic ships, but arguably its greatest addition was The Razor Crest – the titular protagonist’s ship.

As with anything in Star Wars, the Lego version is impressively detailed, and thanks to a deal at Amazon, it’s reduced to $97.99 (opens in new tab) – saving $42 (30%) off of the MSRP. That’s one of the best Lego Star Wars deals we’ve seen so far.

There is also 20% off Boba Fett’s Starship on Amazon, bringing the price down to just  $39.9 (opens in new tab)9. Perfect for any Mandalorian collectors out there who need to have both ships.

The set comes with the Razor Crest, which also features a pair of projectile-firing laser cannons, as well as an opening cargo hold and detachable escape pod. There are five minifigs included, too, with The Mandalorian, the Child (Grogu), Greef Karga, a Scout Trooper, and IG-11.

In our Lego Razor Crest review, we noted that the build is a little fragile, but praised how quick it was to build and the detail afforded to the minifigs – notably the adorable Grogu.

If you’re looking for a more experienced Mandalorian to play as, the Lego Star Wars Boba Fett’s Starship (opens in new tab) set is $10 off at Best Buy too. With an opening cockpit, Mandalorian and Boba Fett minifigs, working cargo bay and a transporter vehicle included, there’s plenty of fun to be had.

For more on Lego Star Wars, be sure to check out our deal hub for the Black Friday Lego deals, as well as our Black Friday deals live blog which features all kinds of savings too.