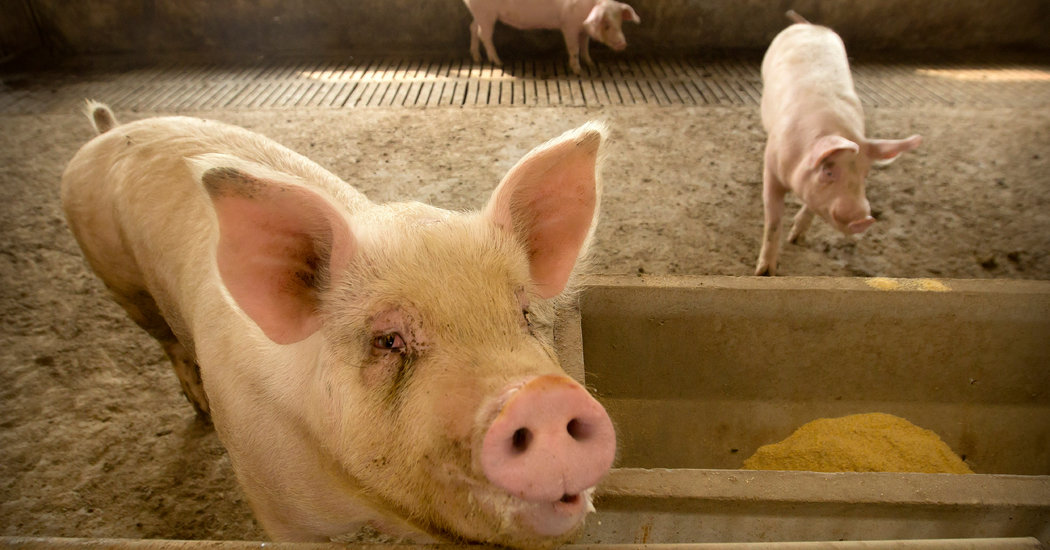 HONG KONG â€” A new strain of the H1N1 swine flu virus is spreading silently in workers on pig farms in China and should be â€œurgentlyâ€ controlled to avoid another pandemic, a team of scientists says in a new study.

H1N1 is highly transmissible and spread around the world in 2009, killing about 285,000 people and morphing into seasonal flu.

The newer strain, known as G4 EA H1N1, has been common on Chinaâ€™s pig farms since 2016 and replicates efficiently in human airways, according to the study published on Monday. So far, it has infected some people without causing disease, but health experts fear that could change without warning.

â€œG4 viruses have all the essential hallmarks of a candidate pandemic virus,â€ the study said, adding that controlling the spread in pigs and closely monitoring human populations â€œshould be urgently implemented.â€

The study, published online in the journal Proceedings of the National Academy of Sciences, is based on the surveillance of pigs in 10 Chinese provinces from 2011 to 2018. In the last three years of the study, researchers collected 338 blood samples from workers on 15 pig farms and 230 from people in nearby households.

Predicting risk is not a precise science, but close attention to the virus would be advisable, said Ian H. Brown, the head of the virology department at Britainâ€™s Animal and Plant Health Agency and one of two scientists who reviewed the paper before it was published.

â€œIt may be that with further change in the virus it could become more aggressive in people much as SARS-CoV-2 has done,â€ Dr. Brown said in an email on Tuesday, referring to the new coronavirus.

The study was sent for review in early December, weeks before the coronavirus outbreak in the Chinese city of Wuhan began making global headlines.

Li-Min Huang, director of the Division of â€‹Pediatric Infectious Diseaseâ€‹s at National Taiwan University Hospital, said that a crucial next step would be finding out whether any of the infected workers at the pig farms had contracted the virus from humans, as well as whether any had spread the virus to their families.

â€œItâ€™s a very important study, and the virus looks quite dangerous,â€ Dr. Huang said. â€œWe need to be worried about any disease with the potential to spread human to human.â€

Eurasian variations of H1N1 have been circulating in pigs in Europe and Asia for decades, the study said, but the incidence of G4 viruses in farmed Chinese pigs with respiratory symptoms began rising sharply after 2014.

Recent evidence â€œindicates that G4 EA H1N1 virus is a growing problem in pig farms, and the widespread circulation of G4 viruses in pigs inevitably increases their exposure to humans,â€ it said.

The H1N1 virus that caused a pandemic in 2009 had a relatively low fatality rate, estimated at 0.02 percent. By contrast, the fatality rate of the 1918 flu pandemic was about 2.5 percent of its victims. But that virus killed an estimated 50 million, perhaps more, because it infected so many people and spread at a time when medical care was cruder.

Determining the fatality rate of the new coronavirus is a key question for epidemiologists, but one they may not be able to answer until the pandemic has ended.