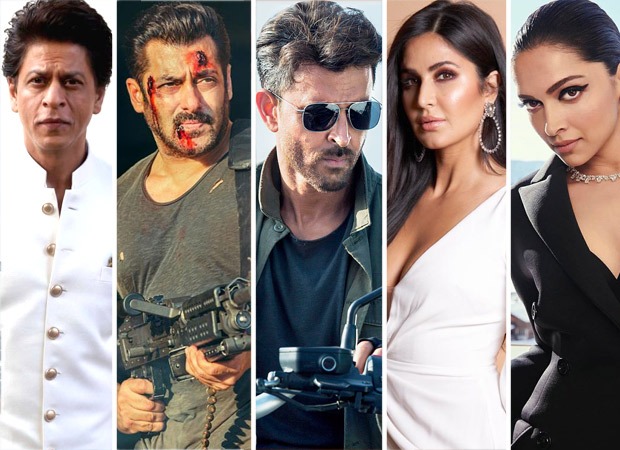 Shah Rukh Khanâ€™s fans heaved a sigh of relief in November as their favourite actor finally started shooting for a film as the lead. His long-haired look in the spy actioner Pathan added to the excitement. As days passed, the hype increased many notches higher as it was revealed that Salman Khan has a cameo in the film and that heâ€™ll reprise the role of Tiger, another famous spy character from Yash Raj Films (YRF), who are also the producers of Pathan. Then came the news that Shah Rukh as Pathan would also be seen in Tiger 3, which goes on floors in early 2021! That audiences would get to see both the superstars together in action avatars has created tremendous curiosity among not just viewers but also the industry and the trade.

And if a source is to be believed, this is just the beginning. The source says, â€œThe success of the Avengers series has shown how much fun it is to see popular characters coming together for a common goal. Closer home, Rohit Shetty too, experimented by creating a cop universe. The manner in which viewers went berserk when Singham entered the narrative in Simmbaâ€™s climax was seen to be believed. And in Sooryavanshi, both Singham and Simmba are going to appear and of course, itâ€™ll be something to watch out for. The success of these franchises has prompted Aditya Chopra to plan something similar in the near future. Right now, Tiger would make a small appearance in Pathan and vice-versa. This would make the audiences familiar about the YRF Spy universe and that all these characters belong to the same world.â€

The source continues, â€œIf all goes well, Aditya Chopra, in 2023, would bring all of them together in a film! Not just Salman Khan and Shah Rukh Khan, but also their leading ladies who are also secret agents â€“ Katrina Kaif and Deepika Padukone â€“ respectively! And wait thereâ€™s more. Hrithik in YRFâ€™s War also played a spy. Heâ€™s also a part of this universe and hence, would also be a part of this film. Itâ€™s a grand ambitious plan and wonâ€™t be easy to pull off. Aditya Chopra is aware of it and is determined to make it happen at all costs. Needless to say, if it gets made, itâ€™ll be the biggest film in the history of Indian cinema.â€

A trade expert reveals, â€œJust the thought of these 5 actors coming together gives goose bumps! Imagine the frenzy when the YRF Spy universe flick would be launched, when the poster featuring all of them would be out, when the trailer will be unveiled and finally, when the film will release in cinemas. Minimum Rs. 100 crore opening is guaranteed! We really hope we get to see this film.â€