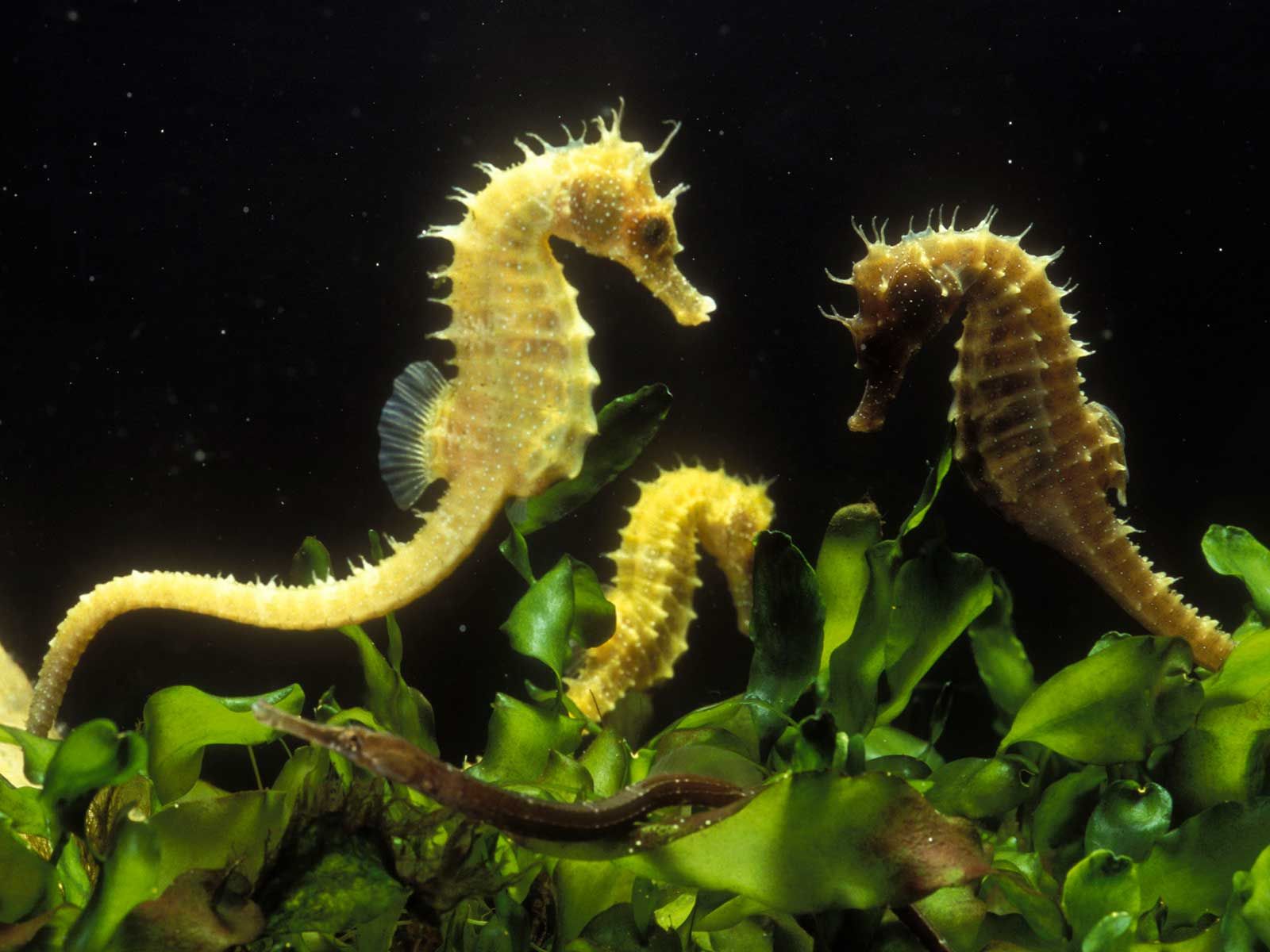 Male seahorses take commitment seriously, famously going so far as to release their partners from the burden of pregnancy by taking it on themselves. Scientists have generally assumed that female seahorses are just as devoted. A recent study, however, shows that their commitment is shakier than initially thought. When subjected to episodes of forced separation, female seahorses will often take the opportunity to choose a different partner, even when given the option of reuniting with their former mate.

Dong Zhang, a researcher at the East China Sea Fisheries Research Institute and the paperâ€™s lead author, says that while it was known that seahorse pair bonds can be broken by periods of separation, less understood was whether that relationship could be repaired. While not particularly romantic, the finding that they often canâ€™t repair the bond does make sense from a competitive evolutionary perspective. If the female seahorse still preferred her original partner to other competing males, says Zhang, this would mean she would be ignoring new opportunities to mate with a potentially fitter male.

To delve into the intricacies of seahorse interpersonal relationships, Zhang and his colleagues placed male and female lined seahorses in a tank. After they had mated, the male was moved to another tank for four days and replaced by another male, which formed a new pairing with the female. The process was repeated with one last male for good measure, before all four seahorses were placed in the same tank to observe which male the female would choose. The team repeated the experiment with 24 different mating pairs in total.

In almost all cases, females showed no clear preference for their original partner. While Zhang and his coauthors concede that this may be down to the female failing to recognize her partner after so many days apart, whatâ€™s more likely is that the period of forced separation leveled the playing field between competing males that otherwise would have cemented their bond with the female through daily ritual greetings. Without the repetition of that intricate dance, the ties between the partners weakened, leading the female to consider other options.

For Heather Koldewey, an expert in seahorses at the Zoological Society of London in England, the experiment provides a valuable insight into just how precarious the lives of these fish can be. Any time a seahorseâ€™s habitat is disrupted, whether by fishing, pollution, or climate change, â€œyouâ€™re further challenging their ability to meet the right mate and sustain that pair bond and breed successfully â€¦ and enable those populations to persist,â€ says Koldewey.

Going forward, Zhang intends to closely study other possible issues relating to forcible separation on seahorse pair bonds, such as if males adjust their parental care investment, or if they increase their mating attractiveness in the absence of a former rival. Koldewey, meanwhile, would like to see whether or not the femaleâ€™s new choice of mate actually leads to breeding advantages. That is what youâ€™d anticipate, she says. â€œOtherwise, why make that switch?â€

â€¢ One Great Shot: A Different Kind of Nightlife