Searchers At Collapsed Florida Condo ‘Not Seeing Anything Positiveâ€™ 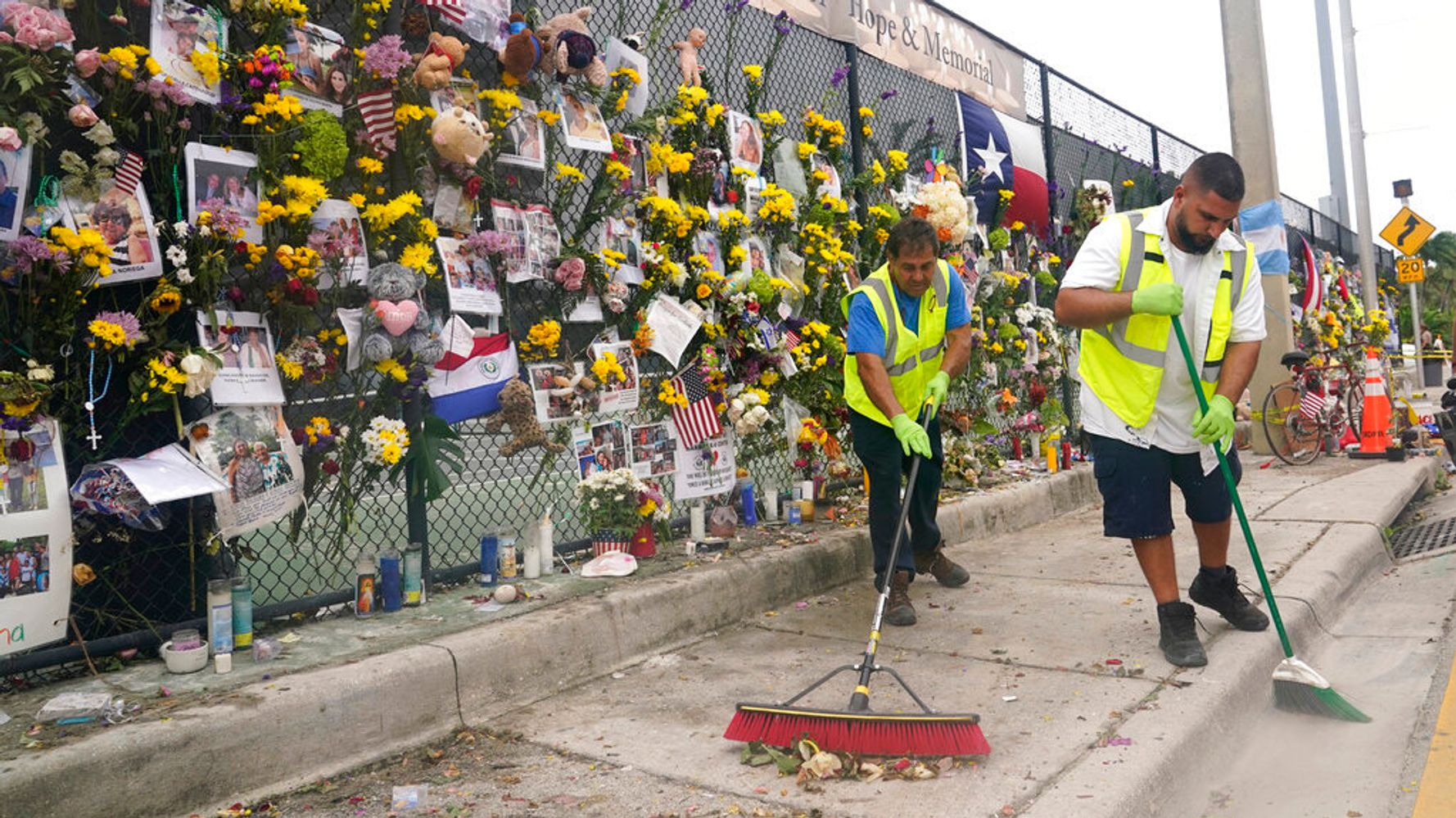 SURFSIDE, Fla. (AP) â€” Officials overseeing the search at the site of the Florida condominium collapse sounded increasingly somber Tuesday about the prospects for finding anyone alive, saying they have detected no new signs of life in the rubble as the death toll climbed to 36.

Crews in yellow helmets and blue jumpsuits searched the debris for a 13th day while wind and rain from the outer bands of Tropical Storm Elsa complicated their efforts. Video released by the Miami-Dade County Fire Rescue Department showed workers lugging pickaxes and power saws through piles of concrete rubble barbed with snapped steel rebar. Other searchers could be seen digging with gloved hands through pulverized concrete and dumping shovels of debris into large buckets.

Search-and-rescue workers continued to look for open spaces where people might be found alive nearly two weeks after the disaster struck at the Champlain Towers South building in Surfside.

â€œWeâ€™re actively searching as aggressively as we can,â€ Miami-Dade County Fire Chief Alan Cominsky said at a news conference. But he added: â€œUnfortunately, we are not seeing anything positive. The key things â€” void spaces, living spaces â€” weâ€™re not seeing anything like that.â€

â€œI think everybody will be ready when itâ€™s time to move to the next phase,â€ said Levine Cava, who stressed that crews would use the same care as they go through the rubble even after their focus shifts from searching for survivors to recovering the dead.

â€œReally, you will not see a difference,â€ she said. â€œWe will carefully search for bodies and belongings, and to catalog and respectfully deal with any remains that we find.â€

No one has been rescued alive since the first hours after the collapse, which struck early on June 24, when many of the buildingâ€™s residents were asleep.

However, the stormâ€™s heaviest winds and rain were expected to bypass Surfside and neighboring Miami asÂ Elsa strengthenedÂ before making landfall somewhere between Tampa Bay and Floridaâ€™s Big Bend on a path across northern Florida.

â€œActive search and rescue continued throughout the night, and these teams continue through extremely adverse and challenging conditions,â€ Levine Cava said. â€œThrough the rain and through the wind, they have continued searching.â€

Crews have removed 124 tons (112 metric tonnes) of debris from the site, Cominsky said.

Workers have been freed to search a broader area since the unstable remaining portion of the condo building was demolished Sunday amid fears that the structure could fall. Officials said the demolition gave rescuers access to spaces that were previously closed off, including bedrooms where people were believed to be sleeping at the time of the disaster.