Å efÄoviÄ: EU could have â€˜no choice but to step upâ€™ Brexit action against UK 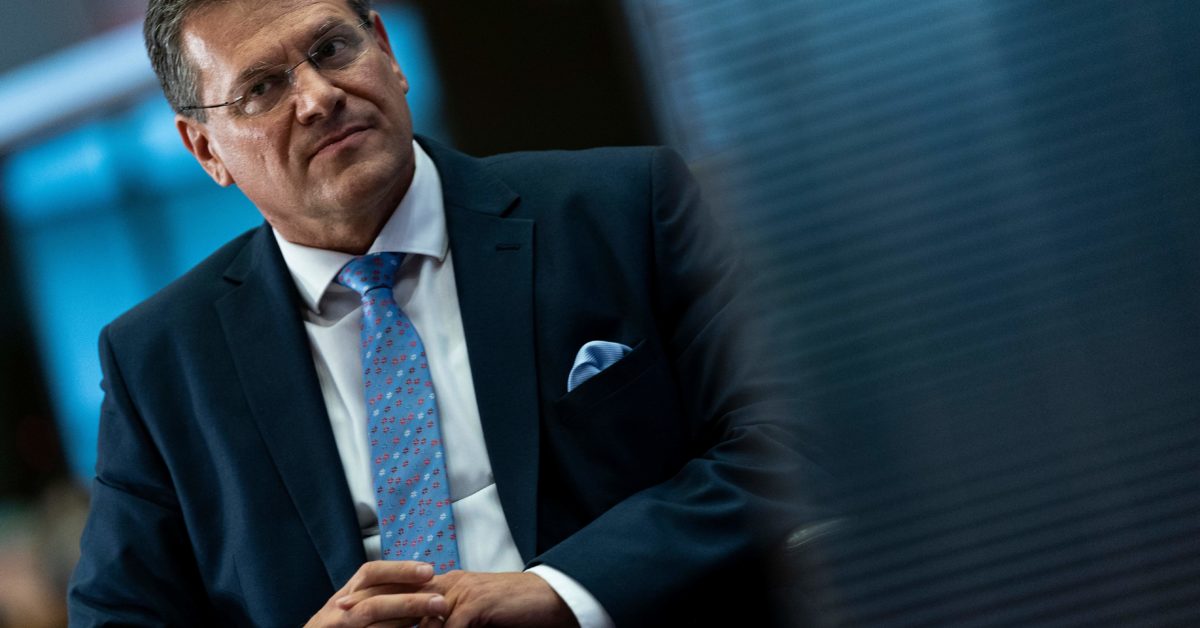 LONDON â€” Brussels will have “no choice but to step up” legal proceedings against the U.K. if it continues to violate its Brexit agreement with the European Union, European Commission Vice President MaroÅ¡ Å efÄoviÄ said on Tuesday.

Speaking at the EU-UK Forum annual conference, Å efÄoviÄ, who acts as the Commission’s point man for post-Brexit relations, said the biggest challenge for the European Union was to “rebuild trust and realign our relationship with the U.K.”

Brussels and London continue to spar over the implementation of the Northern Ireland protocol, a key part of the post-Brexit agreement thrashed out last year and which introduces checks on goods moving from Great Britain to Northern Ireland.

The EU last week agreed to grant an extension at the U.K.’s request to a grace period covering the movement of chilled meats into Northern Ireland, but Å efÄoviÄ’s U.K. counterpart David Frost has since called for a â€œnew balanceâ€ in the politically controversial arrangement so goods can move “as freely as possible within the customs territory” of the U.K.

Å efÄoviÄ said Tuesday it was a “positive development” that U.K. had come to an agreement with the EU on chilled meats, but he warned London “trust is two way street.”

He said there remained a “lack of implementation of these agreements by our partner, the U.K., so we need to see the pathway to comply as soon as possible. We need to be able to trust the U.K. to live up to its international obligations.”