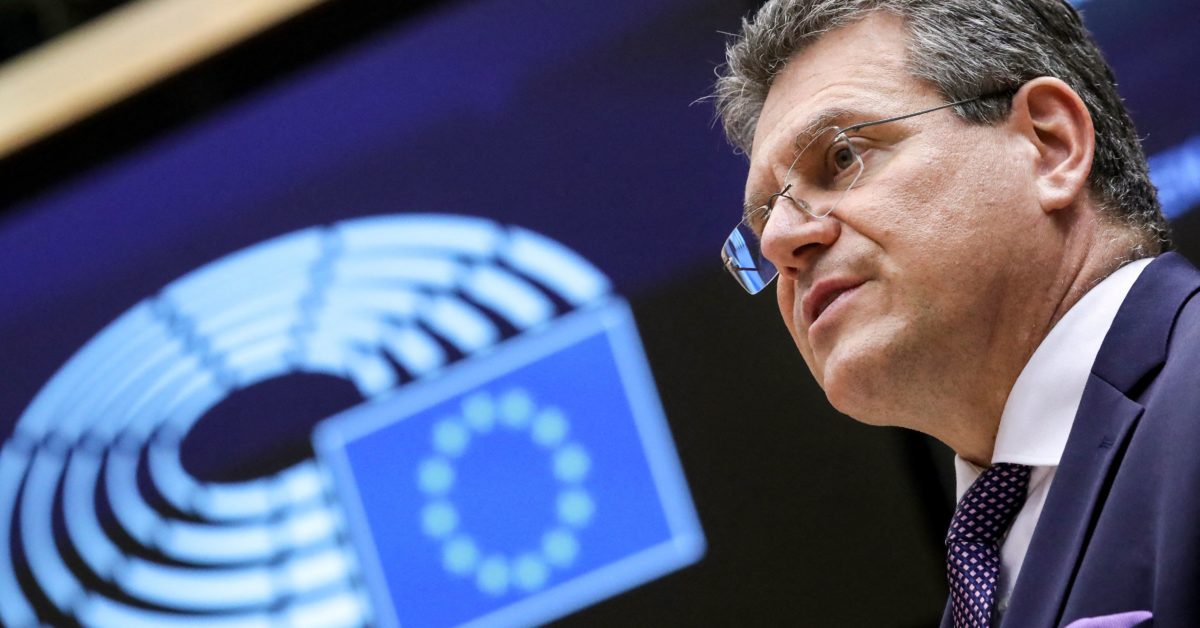 European Commission Vice President MaroÅ¡ Å efÄoviÄ on Sunday warned the U.K. government against “unilateral actions” like holding EU citizens in detention centers, and urged London and Brussels to “calm down” and “focus on the future.”

Media reports of “European citizens being put in detention cells or being fingerprinted just because they wanted to visit the United Kingdom, it doesn’t help the atmosphere,” Å efÄoviÄ told the BBCâ€™s Andrew Marr Show.

POLITICO recently reported that 30 EU citizens had been detained and held in immigration removal centers after trying to enter the U.K. for work without visas or residence status.

They included German, Greek, Italian, Romanian and Spanish nationals who had been detained at the U.K. border and held for up to seven days before being returned to their home countries.

â€œI think that what we need in our EU-UK relationship is more â€¦ cooperation, joint approach, and not unilateral actions because I think it would further sour our relationship,” Å efÄoviÄ told Marr.

“We need to calm down, focus on how we are going to resolve the problems and focus on future,â€ he added.

Poots demands a reversal of the Brexit trade dealâ€™s Irish protocol, which creates a new trade border on goods shipped to Northern Ireland from the rest of the U.K.

Poots warned that Northern Ireland faced a potentially violent summer of unionist street protests unless the EU eases the protocolâ€™s requirement for full enforcement of EU customs and sanitary checks on goods arriving from Britain.

Å efÄoviÄ said the obvious solution would be for the U.K. and EU to agree common veterinary standards, which would eliminate the need for checks on animal and plant products, representing four-fifths of Northern Irelandâ€™s imports from Britain.

On Saturday, Å efÄoviÄ gave an interview to the Financial Times where cautioned the U.K. over growing impatience among EU countries over Northern Ireland trade issues and other post-Brexit problems.

â€œAll these solutions are coming from our side,â€ Å efÄoviÄ told the FT.Â â€œItâ€™s quite clear that, if we do not see positive developments, that the atmosphere would be more sour … The political environment would be much more challenging.â€

Since Brexit, EU citizens are prevented from entering the U.K. for employment unless they have a work visa or EU Settlement Scheme status, which guarantees residence rights for those living in Britain before it left the EU.

EU nationals can enter Britain visa-free for tourism and stay for up to 180 days. The U.K. Border Force is entitled to reject entry to EU nationals if officials have reasonable grounds to suspect they intend to work in the country but canâ€™t produce a work visa.