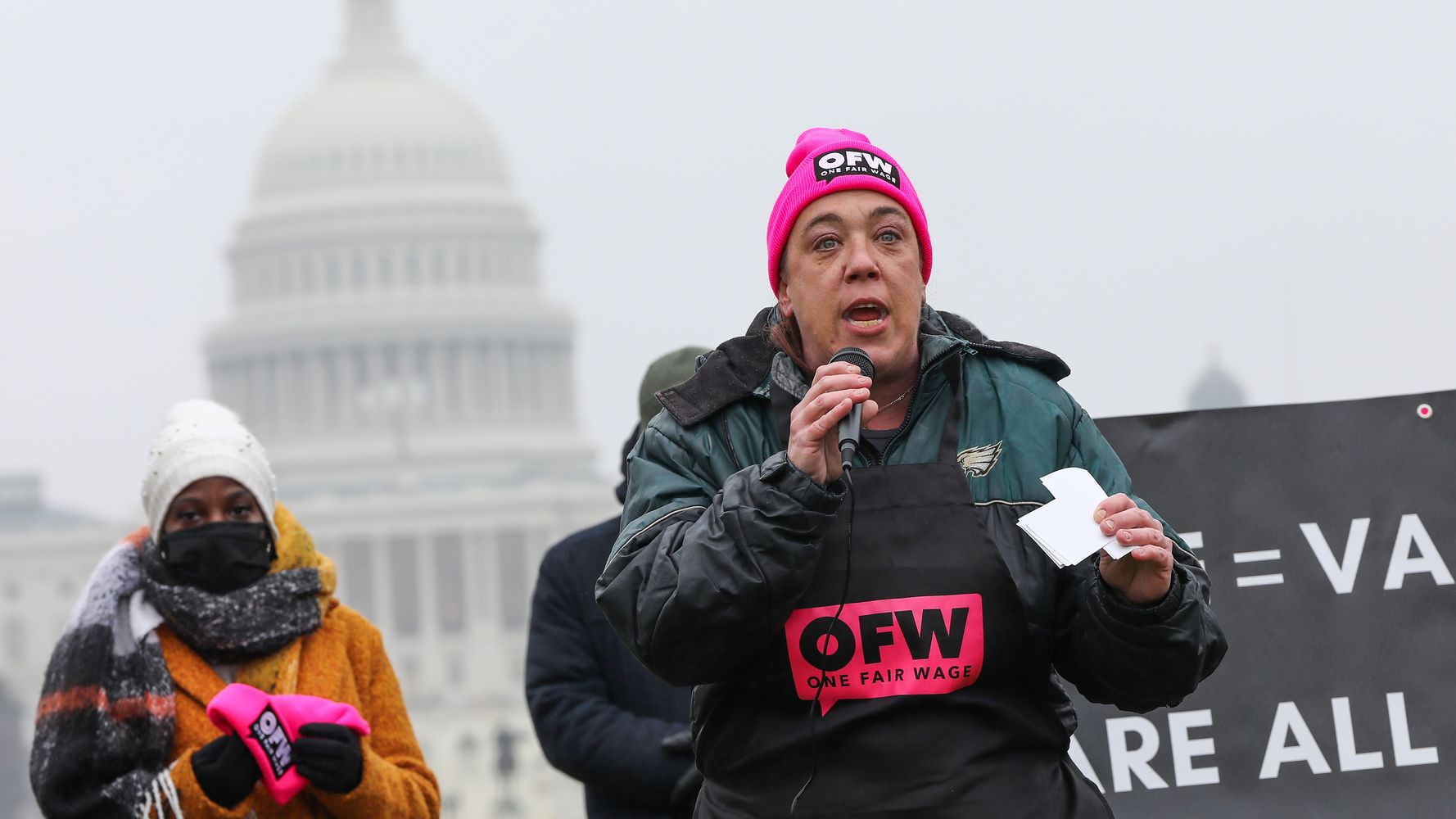 Democratsâ€™ push to pass a $15 minimum wage in their $1.9 trillion COVID-19 relief package violates Senate rules, according to the Senateâ€™s parliamentarian, who delivered a likely fatal blow Friday to the effort to give tens of millions of workers a raise.

For weeks, Democrats have been waiting for a ruling from the Senate parliamentarian, who oversees Senate procedure, on whether they can raise the minimum wage through the budget reconciliation process, the legislative maneuver that will allow Democrats to pass legislation with a simple majority.

House Democrats are expected to soon vote on a COVID-19 package that includes raising the minimum wage to $15 an hour in stages over the next four years. The provision also eliminates the tipped minimum wage, which currently allows employers to pay workers a lower base wage as long as the workers receive gratuities.Â

The proposal would give an estimated 27 million workers raises over the next four years. The current federal minimum wage is $7.25 and has not been increased in more than a decade.

But without the Senate parliamentarianâ€™s blessing, Democrats now are left with some unfavorable options. They can strip the $15 minimum wage provision from the final COVID-19 relief package and negotiate with Republicans to pass a narrower minimum wage increase separately. Or, they can leave it in and subject it to a procedural vote on the Senate floor, which has a 60-vote threshold â€” which would ultimately kill the provision.

In a more dramatic move, the presiding officer of the Senate, which in this case will likely be Vice President Kamala Harris, could choose to overrule the parliamentarian. That would be a seismic shift in how the Senate operates and be a major step toward getting rid of the Senateâ€™s 60-vote threshold, known as the filibuster.

Already progressive lawmakers have supported taking such a step, in addition to calling for a new parliamentarian.

â€œIâ€™m sorryâ€”an unelected parliamentarian does not get to deprive 32 million Americans the raise they deserve,â€ Rep. Ro Khanna (D-Calif.) said. â€œThis is an advisory, not a ruling. VP Harris needs to disregard and rule a $15 minimum wage in order.â€

Rep. Ilhan Omar (D-Minn.) shared a similar frustration, tweeting: â€œAbolish the filibuster. Replace the parliamentarian. Whatâ€™s a Democratic majority if we canâ€™t pass our priority bills? This is unacceptable.â€

But in an interview with MSNBC, White House Chief of Staff Ron Klain said Harris would not overrule the parliamentarian.

â€œWe are going to honor the rules of the Senate and work within that system to get this bill passed,â€ Klain said,Â after reiterating Bidenâ€™s support for the policy.

With only a 50-seat majority in the Senate and with Harris as the tie-breaking vote, Democrats are relying on budget reconciliation in order to bypass Republicansâ€™ vocal opposition to their emergency relief proposal. They will need every single member of their caucus to vote in favor in order to pass anything.

But Democrats donâ€™t even have their own ranks in line behind a $15 minimum wage. Sen. Joe Manchin (D-W.Va.) opposes the policy, instead supporting a two-year phase-in of an $11 an hour wage, tied to inflation. Sen. Kyrsten Sinema (D-Ariz.) also came out against a $15 minimum wage.

This week, Republican Sens. Mitt Romney of Utah and Tom Cotton of Arkansas unveiled their counterproposal on the minimum wage: raising it to $10 an hour over a five-year period, with an additional mandate for businesses to use E-Verify to crack down on the hiring of undocumented workers. Key Democrats have already panned the proposal.

â€œAfter more than a decade since the last federal minimum wage increase, this unnecessarily partisan proposal that doesnâ€™t come close to the $15 an hour two-thirds of Americans from both parties supportâ€”which is what we will keep working to get done,â€ Sen. Patty Murray (D-Wash.), who chairs the Senateâ€™s Health, Education, Labor and Pensions Committee, told Huffpost in a statement.

Democrats knew raising the minimum wage would be an uphill battle.

Senate rules mandate that reconciliation bills must directly and substantially affect the budget in a way thatâ€™s not just â€œmerely incidentalâ€ to the policy. The bills also cannot increase the deficit outside a specified window over the next 10 years â€” in this case, that threshold is set at $1.9 trillion.

Democrats argued that raising the minimum wage not only had a significant budgetary impact but that the intent of the policy was to affect the federal governmentâ€™s revenues and spending. In a recent report, the Congressional Budget Office showed that raising the minimum wage would ultimately increase the deficit by $54 million and have broad implications for the federal budget by increasing the federal payroll tax revenue and reducing government spending on social welfare programs for the very poor, and so on.Â

But in the end, Senate Parliamentarian Elizabeth MacDonough, who has held the job since 2012, saw the policy differently: as primarily a mandate on private businesses to increase pay.Â

The decision will come as a major upset for Senate Budget Committee chair Bernie Sanders (I-Vt.), who has long been a champion of the $15 minimum wage and showed unwavering determination to get the policy passed through this reconciliation package. Over the weekend he said he expected a favorable ruling from MacDonough, though he was not speaking with any personal insight into the parliamentarianâ€™s thinking.Â

â€œSixty percent of the American people want to raise the minimum wage to $15 an hour…Yet because of the archaic and undemocratic rules of the Senate we are unable to move forward to end starvation wages in this country and raise the income of 32 million struggling Americans,â€ Sanders said in a statement after the ruling.Â

He added that his office is already working on a backup plan to incentivize businesses to increase the minimum wage.Â

â€œIn the coming days, I will be working with my colleagues in the Senate to move forward with an amendment to take tax deductions away from large, profitable corporations that donâ€™t pay workers at least $15 an hour and to provide small businesses with the incentives they need to raise wages,â€ Sanders said.

Such a provision, though not an official minimum wage increase, is much more likely to pass muster under budget reconciliation rules, according to budget experts like Marc Goldwein, who runs policy at the Committee for a Responsible Federal Budget.

Thereâ€™s long been skepticism among Senate Budget Committee staff about the process as well as among Biden administration officials. As with many of the Democratsâ€™ more ambitious policy proposals, establishing new legal precedents was never going to be easy.

President Joe Biden, who has been vocal in his support of a $15 minimum wage, echoed these concerns both publicly and privately, reportedly telling a group of governors that he didnâ€™t think it would make it through the reconciliation process.

The Biden administration has so far deferred all debate about the minimum wage to the parliamentarian. Now with her ruling in the books, Democrats will have to go back to the drawing board.