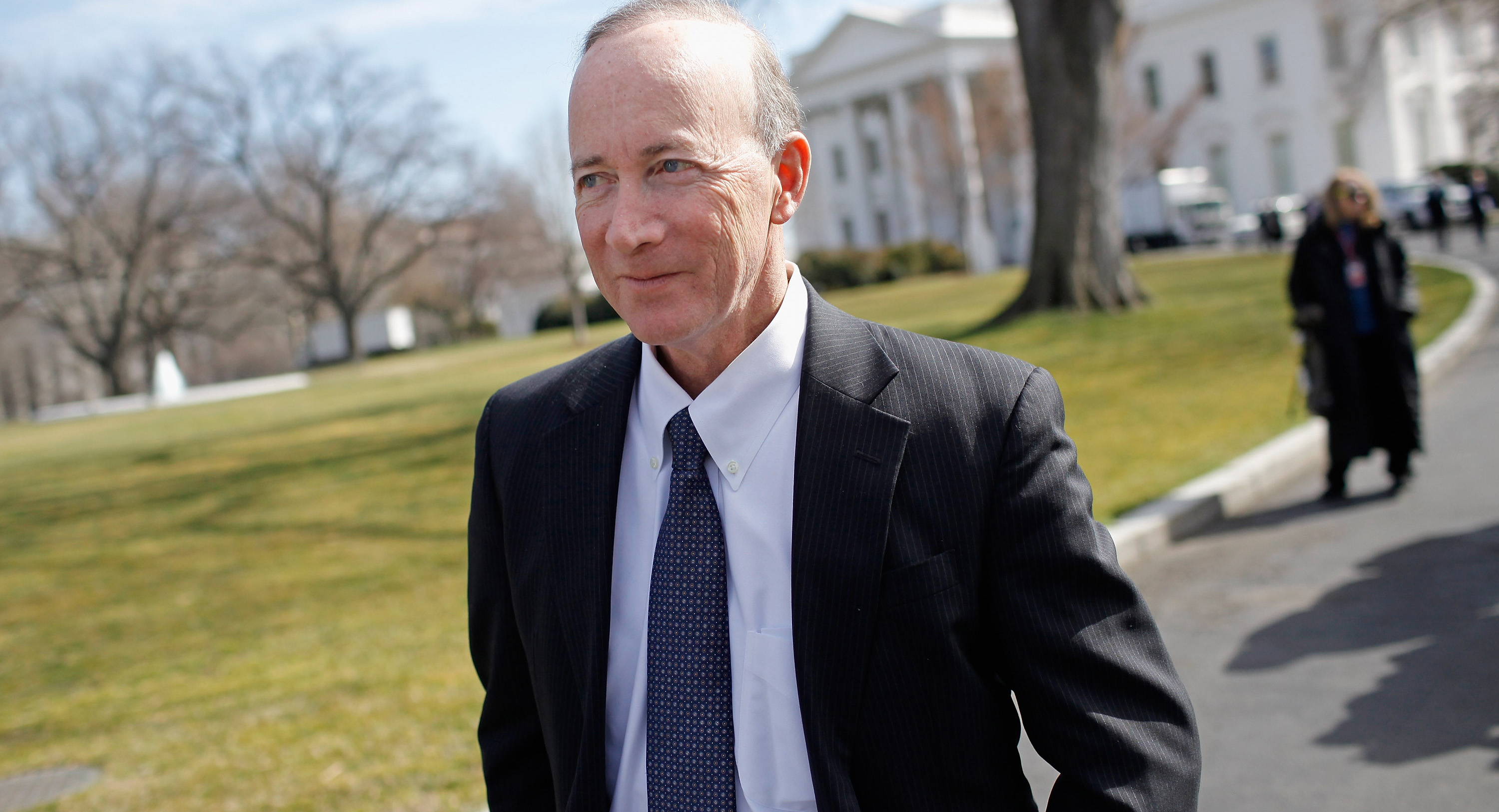 “I’m not the least bit worried, honestly, about losing an election. I’m worried about winning it and regretting it for six years,” Daniels said Wednesday after meeting with Sen. Todd Young (R-Ind.). “I say this with great respect for those who do it. But you know, that doesn’t mean it fits me or fits me at this time of my life. So that’s what this field trip’s about.”

His decision will reverberate across the Republican Party, from the towns and cities of Indiana to Mar-a-Lago. Donald Trump Jr. has already attacked the more centrist Daniels, and the former governor jumping into the Senate race will only prompt more flak from the right. His advisers have framed a potential matchup with Banks as a battle for the soul of the Republican party.

Retiring Sen. Mike Braun (R-Ind.), who is running for governor, said Daniels is wise to think long and hard before making the leap.

“He’s a leader, a mover and shaker and got D.C. experience,” Braun said of the 73-year-old Daniels. “Anyone at that stage of the game — even if you’re feeling good — would make really darn certain they wanted to make a six-year commitment.”

As a practical matter, Daniels disdains Washington as a potential residence or place to spend time, a factor that will heavily weigh on his calculus. Privately, his closest advisers say they don’t know where he’ll land, but expect him to make a decision as early as this weekend.

Meanwhile, they are racing to lay the groundwork for a potential campaign should he declare — going so far as to make decisions about potential staff. Daniels is an experienced Senate race hand: He once ran the Senate GOP’s campaign arm.

“Mitch doesn’t need to do this,” Bill Oesterle, his first campaign manager and a close ally who has been in contact with Daniels in recent days. “He’s interested in it only to the extent he can accomplish something. He is, as always, doing his homework.”

Daniels is facing attacks from the deep-pocketed Club for Growth, which is trying to keep him out of the race in favor of Banks. Sens. Tom Cotton (R-Ark.) and Marco Rubio (R-Fla.) have endorsed Banks, as well. Asked if he’s spoken to Banks, Sen. Ted Cruz (R-Texas) said on Wednesday he’s keeping his eye on the race.

But Daniels still commands respect, even among those supporting Banks.

“I don’t tell anybody they can or shouldn’t run. And Mitch has an accomplished career of his own,” Rubio said, adding that Banks has “been energetic about the new-direction, new-agenda Republicanism, which I think is critical for the future of our party. And I want to see more people like him here.”

Daniels’ advisers expect him to have upwards of $50 million on the first day of his campaign. He said Wednesday he’s not worried about political support: “That would take care of itself, and we’re drowning in offers of help and money. I’ll say it again, I’m not worried about the election, I’m worried about winning it and deciding it was a mistake.”

Since Daniels isn’t in the race yet and may ultimately turn down a bid, Republican senators aren’t leaping to officially endorse him yet. But there are plenty of warm feelings about him in the Senate Republican conference.

Sen. John Cornyn (R-Texas) said he’s planning to meet with Banks soon, yet said of Daniels: “I’m a big admirer.” Sen. Susan Collins (R-Maine) said, “Mitch would be terrific; I do not know the other person at all.” And though Sen. Rick Scott (R-Fla.) isn’t taking sides, he said that Daniels could get a lot done as a first-term senator: “It’s great to be in the Senate.”

“Whether he runs for president or runs for the Senate, he’d be good for the country,” said Sen. Mike Rounds (R-S.D.), a former governor.

A Banks-Daniels contest would amount to a major fight over the direction of the Senate GOP, particularly since the Republican nominee will be heavily favored to win the seat being vacated by Braun. Daniels is a former White House budget director who famously called for a “truce” on the culture wars in 2010, while Banks is pugnaciously conservative on social issues and a leading voice on the House’s right flank.

The former governor said he’s going to make an announcement soon rather than drag out the drama.

“I don’t like to keep people waiting. I don’t like to dally, so you’ll know something, literally, in a very short time,” Daniels said. “This is the final stage of my discovery process.”

Marianne LeVine contributed to this report.