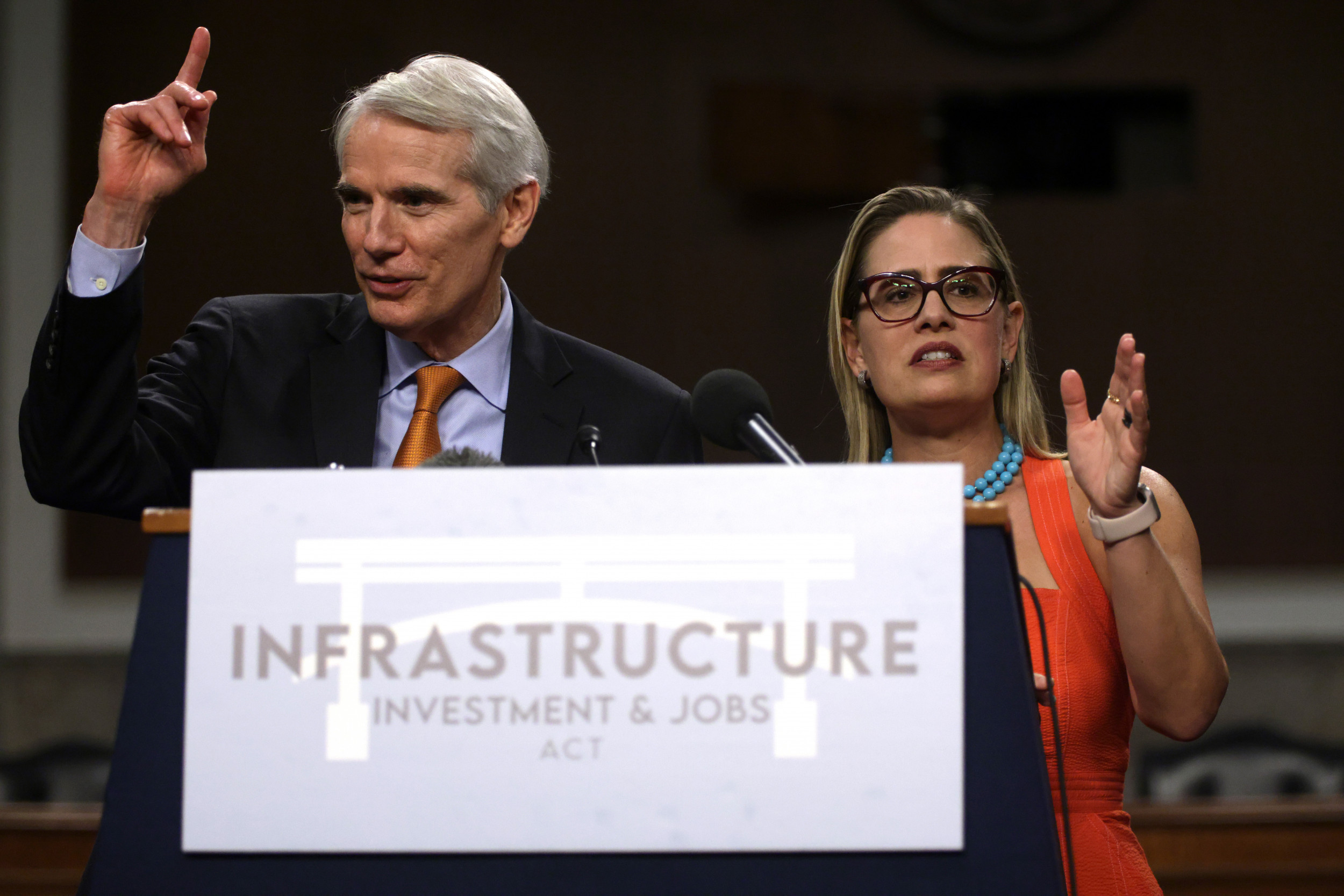 After weeks of delay, senators unveiled a $1.2 trillion bipartisan infrastructure bill Sunday evening after a group of negotiators worked through the weekend to wrap up the final text of their deal.

Senate Majority Leader Chuck Schumer announced the Bipartisan Investment and Jobs Act, a 2,702-page bill that includes $550 billion in new spending, on the chamber floor during a rare Sunday session.

“The bipartisan group of senators has finished writing the text of the infrastructure bill,” said the New York Democrat. “In a moment I’ll take the procedural steps to make their legislative language the base of the bill here on the floor.”

Senators have predicted that the legislation will pass through the chamber by the end of this week before it heads to the House, where its fate is still foggy. Senator Susan Collins, a Maine Republican, told CNN that she expects it will clear the 60-vote hurdle with at least 10 GOP members voting with Democrats to ensure its passage.

Schumer said Sunday that he expects that the bill will pass through the chamber quickly. “Given how bipartisan the bill is, and how much work has already been put in to get the details right, I believe the Senate can quickly process relevant amendments and pass this bill in a matter of days,” he said.

The 22 senators involved in negotiating the package that’s key to President Joe Biden‘s agenda stood up Sunday night on the chamber floor to mark its completion.

“We know that this has been a long and sometimes difficult process, but we are proud this evening to announce this legislation and we look forward very much to working with our colleagues in a collaborative and open way over the coming days to work through this historic investment in infrastructure,” said Senator Kyrsten Sinema, a lead Democratic negotiator.

Senator Rob Portman, a lead Republican negotiator, lauded the legislation and the lawmakers who were able to conclude last-minute tweaks over the weekend. “Getting it right tonight for the American people, for our economy and for the future of our great country,” he said.

Schumer’s office told Newsweek Saturday that “upon completion of the bipartisan infrastructure bill, the Senate will turn to the budget resolution with reconciliation instructions.”