Series Of Tornadoes Slam Into Alabama, Killing At Least 5 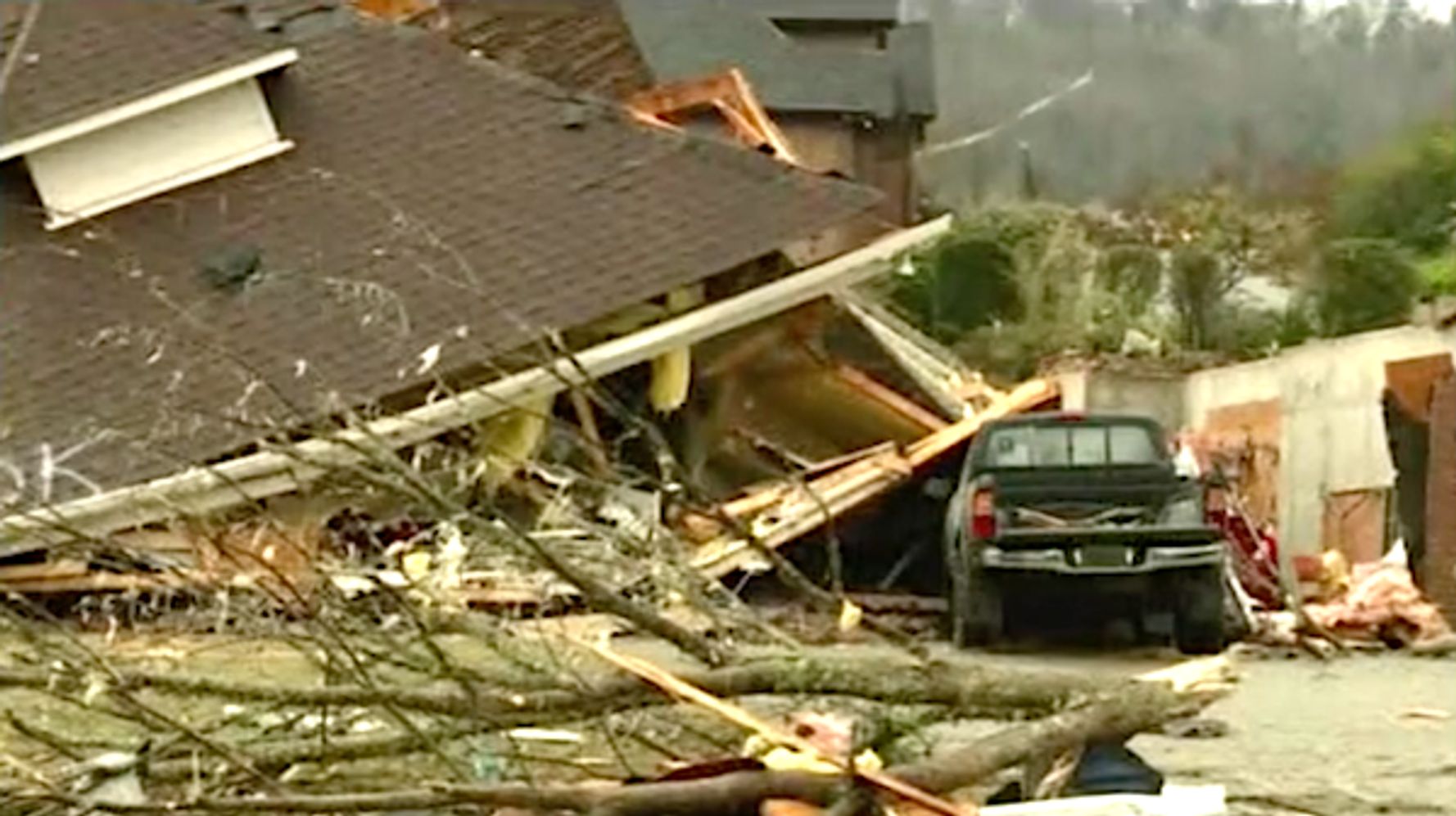 A string of deadly tornadoes roared through Alabama on Thursday, toppling trees, demolishing homes and knocking out power to thousands, part of a broad swath of violent weather sweeping across the Deep South. At least five fatalities and an unknown number of injuries were reported.

The confirmed deaths were in Calhoun County, in the eastern part of the state, where one of multiple twisters sprang from a â€œsuper cellâ€ of storms that later moved into Georgia, said John De Block, a meteorologist with the National Weather Service in Birmingham.

Pat Lindsey, a resident of the countyâ€™s hard-hit town of Ohatchee, told The Associated Press that a neighbor of his was killed when a twister destroyed his mobile home. â€œHe was good as gold,â€ Lindsey said.

Calhoun County Sheriff Matthew Wade said the twister cut a diagonal path across the county, striking mostly rural areas something that likely kept the death toll from being higher.

â€œTonight, five people lost their lives and for those families, it will never be the same,â€ Wade said at an evening briefing. â€œOur hearts, our thoughts and our prayers go to the families, and we are going to do our best to let them know we love them.â€

Farther west, vast areas of Shelby County near Birmingham were badly damaged. In the city of Pelham, James Dunaway said he initially ignored the tornado warning when it came over his phone. But it wasnâ€™t long before he could hear the twister approaching, so he left the upstairs bedroom where he had been watching television and entered a hallway â€” just before the storm blew off the roof and sides of his house, completely exposing the bedroom. All three of his vehicles were undriveable.

Pelham authorities posted video of large trees blocking roads and utility poles leaning menacingly over debris-littered streets. Firefighters outside a flattened home in the Eagle Point subdivision, also in Shelby County, said the family that lived there made it out alive before they arrived. Nearby homes were roofless or missing their second stories.

Shelby County Sheriff John Samaniego told the AP that some houses in the county â€œhave been completely destroyed.â€

Search and rescue efforts were complicated by strong weather that continued to rake across the region. Radar â€œdebris signaturesâ€ showed a tornado that formed in southwest Alabama traveled roughly 100 miles (161 kilometers) and stayed on the ground for about an hour and 20 minutes, De Block said. He said on-sight investigations would determine the strength of the storms, but based on the debris signatures, â€œweâ€™re pretty confident we will find at least seven tornadoesâ€ passed through the state on Thursday.

The twisters ripped through towns from west to east. In the western city of Centreville, south of Tuscaloosa, Cindy Smitherman and her family and neighbors huddled in their underground storm pit as the twister passed over their home.

A tree fell on the shelter door, trapping the eight of them inside for about 20 minutes until someone came with a chain saw to remove the tree, said Smitherman, 62. The twister downed trees, overturned cars and destroyed a workshop on the property.

More than 35,000 customers were without power in Alabama.

First lady Jill Biden postponed a trip to Birmingham and Jasper, Alabama, that she had planned for Friday because of the severe weather, her office said in a news release.

â€œThinking of everyone in Alabama and all of those impacted by the severe weather across the South tonight. My prayers are with the grieving families. Please stay safe,â€ Biden wrote on Twitter.

While Alabama was bearing the worst of Thursdayâ€™s weather, forecasters warned of dangerous thunderstorms, flash floods and possible twisters from eastern Mississippi into western Georgia, and northward into Tennessee and Kentucky. Also, flash flood warnings and watches extended to the western Carolinas.

Alabama Gov. Kay Ivey issued an emergency declaration for 46 counties as the severe weather approached, and officials opened shelters in and around Birmingham.

Flash floods were a problem in parts of Alabama at times. State troopers closed all lanes of a section of Interstate 65 near Cullman after floodwaters covered the roadway. The highway was reopened later in the day.

Mississippi had a storm-related death on Wednesday. Ester Jarrell, 62, died when a large tree toppled over onto her mobile home after heavy rain soaked the ground, a Wilkinson County official told The Associated Press.