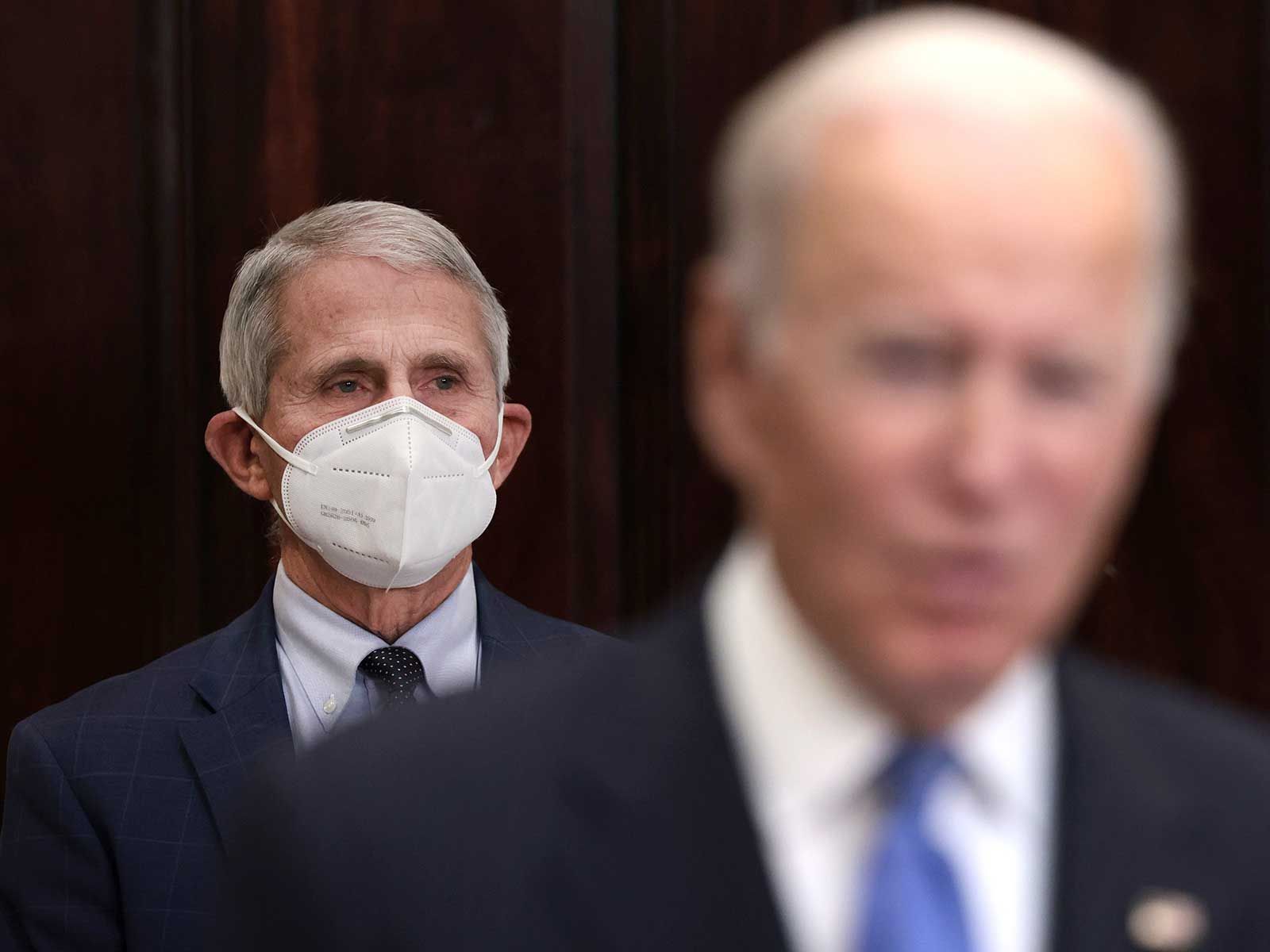 When scientists in South Africa announced theyâ€™d detected a new, rapidly spreading variant of Covid-19 in November of 2021, the rest of the world went on high alert. Within weeks, Omicron swept the globe and now makes up 98 percent of Covid infections in the United States, according to the Centers for Disease Control (CDC). Anthony Fauci, director of the National Institute of Allergy and Infectious Diseases told CNN last week, that the Omicron variant will â€œfind just about everybody.â€

As Omicron floods the world, scientists are rushing to learn about the variant in hopes of assessing how big of a threat it really is, and whether existing tools like vaccines and monoclonal antibodies can help us fight it. To help you understand what experts have discovered so far, weâ€™ve answered seven key questions about Omicron.

How is Omicron different than Delta?

The Delta variant of Covid-19, which dominated over the summer and fall of 2021, has nine genetic mutations on its spike, the pointy protein that lines the outside of the virus, giving it its distinct appearance. Omicron has 36 such mutations. The spike protein is especially important for two reasonsâ€”first, the spike protein binds to receptors on our cells and allows the virus to enter. Mutations to the protein that make it bind more efficiently could help it invade more of our cells in less time, increasing the danger the virus poses to our bodies. Second, vaccines and monoclonal antibody treatments have been designed to recognize and target this protein. Too many mutations might give the protein the ability to evade our best tools against it.

â€œThe major thing is that [Omicron] has a lot more mutations than Delta does,â€ says Katherine Seley-Radtke, a biochemist who designs antiviral drugs at the University of Maryland.

Viruses tend to favor mutations that make them more fit or likely to survive, explains Mahdee Sobhanie, an infectious disease expert at the Ohio State University Wexner Medical. â€œSo they can continue to do what they do. They spread quickly. They infect people and then they pass on to others,â€ he says. “One of the evolutionary advantages, if you will, Omicron has is that it is much more rapidly spread.â€

Why has Omicron spread so fast?

The short answer is that scientists donâ€™t yet know why Omicron spread so quickly, but they do have some ideas. The first, explains Vineet Menachery, a microbiologist and immunologist who studies coronaviruses at the University of Texas Medical Branch, is that some of the mutations on the spike protein allow the virus to escape existing immunity from vaccination or previous infection. â€œItâ€™s different enough that your antibodies may not recognize it,â€ he says. That means the virus has a larger pool of people vulnerable to infection.

Evidence also exists, Menachery adds, that the virus â€œreplicates a little bit differently.â€ Studies in animal models and petri dishes suggest that Omicron prefers to replicate in the upper airways like the nose and throat instead of the lungs. That may make it easier for the virus to escape an infected individualâ€™s airways and spread to another. Another study, which hasnâ€™t yet been peer-reviewed, suggests that the variant is better able to bind to receptors that let the virus enter our cells.

Are the symptoms different?

Some studies have found that the Omicron variant causes less severe disease than previous variants, though researchers emphasize that that does not necessarily mean the illness is mild. While the chances of having severe illness seem to be lower, especially among the vaccinated now, hospitals are still filling up with Covid-19 patients.

Referring to the disease as â€œmildâ€ is â€œsomething that we really have to be cognizant of,â€ says Sobhanie. â€œWe’re still seeing a lot of patients in the hospital.â€ Additionally, Menachery points out that itâ€™s difficult to distinguish whether the variant is inherently milder than previous variants or if fewer people are having severe outcomes because so many people have at least some level of protection from vaccination or prior infection at this point.

The variant also seems to cause slightly different symptoms than previous versions. â€œFor example, apparently, loss of taste and smell is less common with the Omicron variant,â€ says Seley-Radtke. Sore throats, on the other hand, have become more common, with some doctors saying that a sore or scratchy throat can be the first sign of an Omicron infection.

How well do vaccines protect against Omicron?

Vaccines offer less protection from Omicron infection than they have for other variants, but if you are vaccinated, youâ€™re still less likely to get severely ill from Omicron than someone who is unvaccinated. The variant can take hold in your body because itâ€™s able to evade many of the antibodies youâ€™ve produced in response to vaccination or even prior infection, but antibodies arenâ€™t your only defense. T cells, which kick in a little later than antibodies, kill infected cells and help you recover before you develop serious enough symptoms to head to the hospital. A powerful T cell response â€œprevents the most severe disease and protects you from lethal disease,â€ says Menachery. Two preprints posted at the end of December suggest that T cells are stimulated by the mRNA vaccines, and that they are able to recognize and target the Omicron variant. Menachery adds that â€œthe data argues that if youâ€™re vaccinated twice and boosted, thatâ€™s the highest level of protection that you get.â€ A study in Cell showed that a third shot produced antibodies capable of neutralizing the Omicron variant far more effectively than two shots.

Will we need an Omicron-specific vaccine?

Pfizer and Moderna have announced that they plan to have Omicron-specific booster shots available by March. Menachery says â€œthe jury is still outâ€ on whether or not theyâ€™ll be needed, and evidence of their efficacy isnâ€™t available yet. Though Seley-Radtke adds that â€œthe more weapons we have, the better chances we have to stop this deadly virus.â€ Second and third shots have been shown to broaden protection to additional variants, so the shots could help fight future variants.

Monoclonal antibodiesâ€”antibodies designed and synthetically produced to neutralize the virusâ€”have been one of the most important treatment options for patients during the pandemic. Currently three different versions of the therapy are on the market but only one, sotrovimab, has been able to fight Omicron, and thereâ€™s a shortage of it, explains Sobhanie.

Can testing reveal whether you have Omicron or not?

Individual rapid tests do not tell you which variant of SARS-CoV-2 youâ€™re infected with, nor will the results from your traditional PCR test. Local health departments conduct surveillance, regularly sequencing the genes from a subset of recently collected samples to determine the proportion of different variants circulating at any given time. According to the CDC, more than 98 percent of SARS-CoV-2 circulating in the U.S. is of the Omicron variant, meaning if you test positive, itâ€™s very likely thatâ€™s the variant you have.

But itâ€™s possible that you might not get that positive test result right away. Seley-Radtke explains that while the tests can detect Omicron, scientists are debating how sensitive the tests are to the strain. Several studies suggest that rapid tests did not recognize the virus in the first few days of infection. This could be because of mutations that makes the variant less likely to stimulate the production of antigens that the tests respond to, or it could be that less of the virus exists in the sample. This could happen if the variant prefers to replicate somewhere other than the nose, such as in the throat. Some scientists have suggested throat swabs are more accurate than nasal swabs when it comes to detecting Omicron, but most scientists arenâ€™t ready to change the recommendations just yet. Instead, itâ€™s probably best to confirm your rapid tests results with a PCR test. â€œPCR is better,â€ says Sobhanie. However, while PCR tests are more sensitive and likely to identify an infection early in its course, they also continue to detect pieces of virus in patients months after their recovery, even when they can no longer spread the virus, so they are not a good tool for determining when to end isolation.