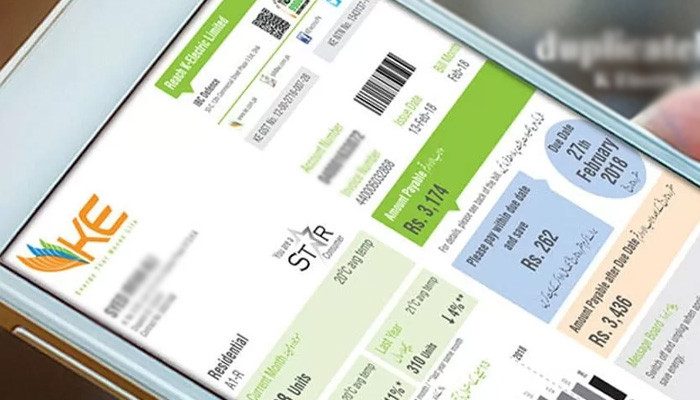 On September 23, Jamaat-e-Islami Karachi chief Hafiz Naeem-ur-Rehman and others moved the SHC against the collection of municipal tax through electricity bills.

The petitioner argued that the consumption of electricity units had nothing to do with fire and conservancy charges. He contended that the impugned action of the KMC is unlawful and in violation of local government law, which says that prior to the imposition of any tax its publication is necessary and every citizen, liable to be taxed, should know as to what type of tax is being imposed and naturally to raise any objection to the tax.

At the outset of today’s hearing, Karachi Administrator Barrister Murtaza Wahab appeared before the SHC and apprised the that the MUCT ranges from Rs50 to Rs200.

Pleading the court not to ban the MUCT, the city administrator said that they reduced taxes worth Rs5000 to Rs200.

At this, Justice Syed Hasan Azhar Rizvi directed Wahab to make the recoveries through a third party.

“Make the recoveries anyway you want but not through KE bills,” he remarked.

The court also restrained the K-Electric from cutting off the electricity connection of the consumers who do not pay the MUCT.

“Earlier, the taxes were going to someone else’s pockets but now the KMC will receive it,” Wahab contended.

When asked about what facilities would the city administration give to the citizens in exchange for taxes, Wahab said that the taxes will be used for the construction of roads, underpasses and bridges.

“Will you do all of these works with the people’s money,” the court inquired.

“The Centre is giving a lot of money to the province. Karachi is provided with funds like alms (bheek),” Justice Hassan Azhar Rizvi.

He rebuked Wahab referring to the dilapidated condition of roads and other infrastructural faults and increasing robberies in the city.

At this, Wahab said that KMC has the responsibility for 209 roads.

The judge asked, “If you are doing all of the work then what is the Sindh government doing?”

Why are “double charges” imposed on the people when they are already paying property and motor vehicle taxes? inquired the judge.

“We will restore the tax when you will satisfy us,” remarked justice Rizvi.

“Applying municipal charges through KE is not appropriate,” the court remarked while restricting the authorities from collecting the municipal taxes through the K-Electric till the next hearing.