Shehnaaz Gill’s childhood picture with her family goes viral, fans can’t get over her cuteness 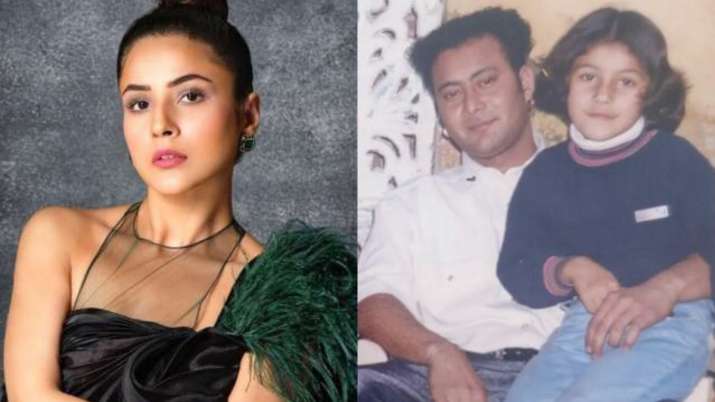 Shehnaaz Gill, who shot to fame during her stint in Bigg Boss 13, is once again winning hearts. She may not have been active on social media but her fans are filling in for her absence. One of her childhood photos has now gone viral on the internet and it’s awwdorable. The Punjabi actress looked cute as a button as she sat on her father’s lap in a turtleneck blue sweater and denim. Sporting short hair, Shehnaaz is flashing her million-dollar smile. On the other hand, Shehnaaz’s brother Shehbaz Badesha is seen seated on his mother’s lap as they all pose for a perfect family photograph.

As soon as the photo went viral, Shehnaaz’s fans bombarded social media with love and compliments for the actress. A user wrote, “On The Journey From “Poore Punjab Ki Naaz”Â  To #AsianBeautyShehnaaz ..This Girl Won Nationâ€™s Heart! #SHEHNAAZGILL – A Brand For A Reason!”

Every time Shehnaaz makes any appearance, her fans go gaga. Earlier, Shehnaaz Gill treated her fans and followers with a happy video of herself from her outing at a beach. Sharing the video she wrote in the caption, “Wish I could fly away too.” The small clip is sure to leave you smiling as she is seen running on the beach, making pigeons perching on the beach, fly.Â

On the professional front, Shehnaaz was last seen in the film ‘Honsla Rakh’ that even featured Diljit Dosanjh and Sonam Bajwa. The film was appreciated by the audience and went on to break many records.