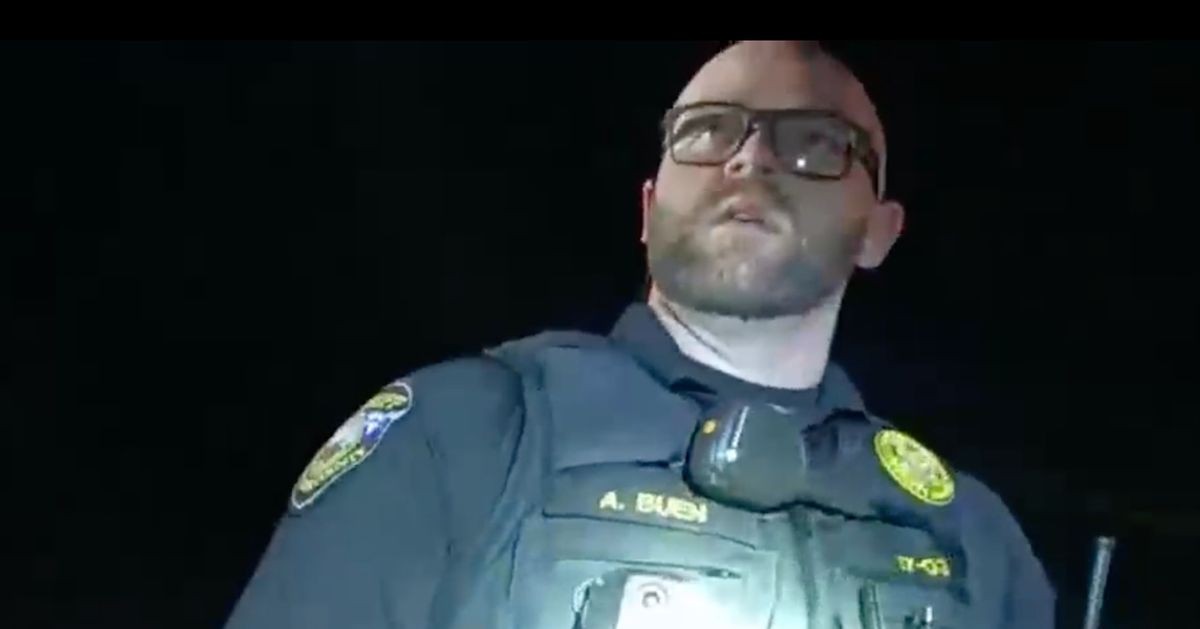 Earlier this summer, a sheriff’s deputy in Clear Creek County, Colorado, fatally shot a man who called 911 because he was having car trouble. The killing shocked Coloradans and earned a rare rebuke from Gov. Jared Polis (D). HuffPost has now learned the deputy, Andrew Buen, is being sued for excessive force over a 2019 incident where he allegedly choked a man and kneeled on his back.

Last year, a federal judge allowed the excessive force lawsuit, which was reported on by local media but did not name Buen, to move forward.

In the suit filed in 2020, Manuel Camacho alleged that Buen and another deputy “initiated” an assault on him with two other deputies. He said the officers were “grabbing my head and choking me” before tackling him to the ground, turning his body so he was face down on the ground and kneeling on him.

“Since both of these 230-pound deputies were on my back, I could not breathe, they nearly asphyxiated me short of death. I was frightened, and when I was able to catch a breath I cried out in pain and screamed for help,” Camacho said. He said the officers then took him to a chair and placed a nylon strap on his ankles so tightly that it restricted circulation to his feet.

Camacho, who is seeking $407,000 in damages, also alleged the Clear Creek County Sheriff’s Department failed in training the deputies involved in the incident properly.

A U.S. magistrate judge recommended denying the deputies involved in the suit qualified immunity after the sheriff’s office previously filed a motion to dismiss the lawsuit. Qualified immunity protects officers from liability unless the person establishes the officer violated a clear constitutional right.

But a U.S. district judge upheld the lawsuit, saying the sheriff’s office had no argument against violating Camacho’s 14th Amendment rights, which prohibit the government from inflicting pain on a detainee who is presumed innocent.

Buen was one of seven officers from five departments who arrived on the scene on June 10 after Christian Glass, 22, dialed 911 because his SUV was stuck on rocks. Buen eventually fired at least five shots at Glass, who did not leave his vehicle at any point.

The Clear Creek County Sheriff’s Office said Buen fired at Glass because he refused to drop a knife he was holding after being asked by officers to do so. Neither the sheriff’s office nor the county’s district attorney’s office responded to multiple requests for comment about Buen’s role in the shooting nor his disciplinary record. Buen’s lawyer declined to comment.

Glass had initially called 911 because his vehicle was stuck on a mountain road in Silver Plume, Colorado. He told the dispatcher that he was scared, and needed help getting out of the area. When the dispatcher asked if he had weapons on him, Glass replied that he had some tools: two knives, a hammer and a rubber mallet.

“I’m in a vehicle and my vehicle got stuck, in a really bad way,” Glass said. “I have a weapon on me. I will throw them out of the window as soon as an officer gets here.”

Glass also said he was “not dangerous” and that he would keep his hands visible when officers arrived on the scene.

Subsequent body-camera footage shows Glass sitting in the driver’s seat with his hands up as an officer attempts to coax him to step out. “We are not going to shoot you, but we need you to come here,” Buen is heard saying.

Buen asks Glass to take the keys out of the ignition; Glass does so and sets them on the dashboard. Glass asks officers to push or drag his car out of the area and says he would follow them to the police station if they do.

Officers ignore his request, and Buen tells Glass to step out of the vehicle.

“Sir, I am terrified,” Glass responds, according to the video.

Buen tells Glass he will break the SUV’s window. When he spots a knife inside the vehicle, he pulls out his gun. “Step out of the fucking car now,” Buen says, his gun pointed at Glass. Another officer stands behind the vehicle with his gun drawn.

Glass appears to be fearful of stepping out of the car in front of the officers. About an hour after the first officers arrived on the scene, seven officers from different departments are now surrounding the vehicle. Glass is then seen on the video footage holding up his hands in the shape of a heart and lifting them toward the officers.

At one point, an officer from the Colorado State Patrol is heard telling other officers they should stand back.

“My sergeant says there is no point in contacting him. He’s not a harm to himself or anyone else, then no crime,” state patrol is heard saying on the bodycam footage.

Buen eventually smashes open Glass’ front window. Multiple officers on the scene said Glass had a knife in his hand, but it’s not clear from bodycam footage whether he did. Officers shout at Glass to drop the knife, and Glass screams from inside the vehicle.

At one point, an officer jumps onto the hood of Glass’ vehicle with a flashlight pointing at him.

Buen then uses a stun gun on Glass, who is shouting, from the passenger’s side of the vehicle. Moments later, he fires six shots at Glass.

Officers then drag Glass out of the vehicle.

Another Clear Creek County officer arrived at the scene after the shooting, and footage from that period has no sound at times. At one point, the officer mutes his camera for almost 25 minutes.

“What the officers did in this case are not tactics,” said Siddhartha Rathod, an attorney representing Glass’ family. “This wasn’t policing, this was bullying. This was escalation. This was murder.”

“It is a failure of policing in every step of the way,” she added. “They had no justification to break out his window and shoot him six times, to Tase him multiple times. They caused the situation — they escalated at every opportunity.”

Colorado Public Radio reported last week that Buen is currently on patrol duty. The shooting is still under investigation.