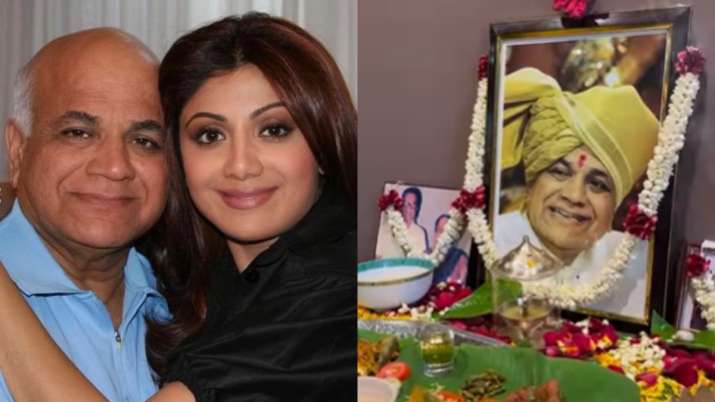 Shilpa Shetty Kundra has time and again shown that she is a spiritual person. Observing the Sarva Pitru Amavasya, the day one honours one’s ancestors and performs certain rituals for them, Shilpa on Sunday put out a post on Instagram explaining the significance of the day along with a video sharing how she did it at her home. She wrote, “Today is Sarva Pitru Amavasya, the day we honor our ancestors and perform certain rituals for them. According to vedic scriptures, we, as individuals, are born with three debts that we have to pay off during this lifetime.Firstly, the debt to the divine (Devas power), the rishis and the pitras (ancestors). They have the power to help us in our life journey, through remembrance, prayer and gratitude.”

“The Magha Nakshatra is one of the most powerful nakshatras that has a special connection with the ancestral lineage as it is ruled by the Pitras(ancestors). The spiritual practices that you do help your ancestors to find Mukti, or liberation, and in return, they send you blessings in abundance. Our ancestors watch us from the other side with the awareness that life is just a game. And whilst they may usually play the role of a spectator, if we request them for help, then they are absolutely willing to do so. So, let’s remember our ancestors prayerfully and with gratitude, knowing that they have the power to help us progress on our journey – we just have to remember them.”

In the video, portraits of her late father and a few more family members can be seen with the offering of food on a banana leaf and flowers in front of them. Several fans showered their love in the comments section. One of them wrote, “I respect you Shilpa ….ap apna rituals nhi bhulti …” Another wrote, “Well explained & written.”

On the occasion of Parent’s Day, the actress dedicated an Instagram post to her parents. She wrote, “”One of the greatest titles in the world is ‘parent’, and one of the biggest blessings in the world is to have parents to call ‘mom’ and ‘dad’.”- Jim DeMint. Go, give your parents the tightest hug and kiss you possibly can, while you can… Life is so unpredictable. Happy Parents’ Day!”

Meanwhile, on the work front, the Dhadkan actress was recently seen in an action comedy film Nikamma alongside Abhimanyu Dasani and Shirley Setia. The film tanked at the box office. She will be soon making her grand OTT debut with Rohit Shetty‘s upcoming web series ‘Indian Police Force’ alongside Sidharth Malhotra and Vivek Oberoi, which will stream exclusively on Amazon Prime Video.