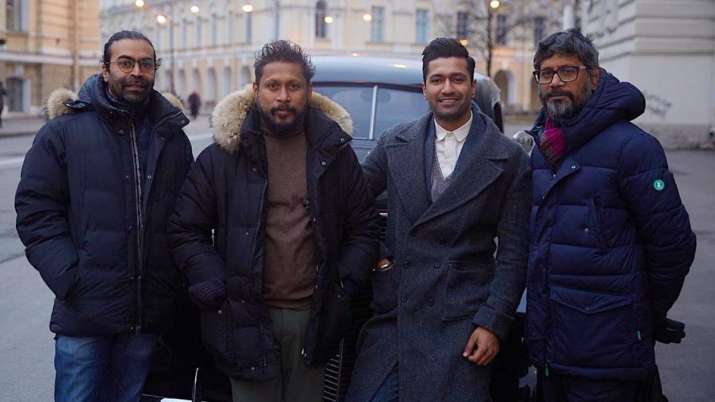 Filmmaker Shoojit Sircar has taken a break from social media to finish work on his period film “Sardar Udham”, starring Vicky Kaushal in the title role. Sircar is working on post-production of the period drama. Shoot for the film, which was shot in Russia, was completed on December 27 last year and was awaiting post-production work before the lockdown started. Now, the director is on a mission to complete his film.

Vicky will bring alive the story of martyr Udham Singh, who assassinated Michael O’Dwyer, the former lieutenant governor of Punjab in pre-Independence India, to avenge the Jallianwala Bagh massacre of Amritsar in 1919. Singh was subsequently tried and convicted of murder, and hanged in July 1940.

Previously, in an interview to IANS, Sircar shared that the film has not been hugely affected by the coronavirus pandemic.

“I won’t say we are hugely affected at this moment,” Sircar told IANS when we asked him about the impact of the virus crisis on the film.

“That will be wrong of me to say because we had finished our shoot. We were at the beginning of the post production stage and it’s a long post production because it’s a period film. And that got halted because of the lockdown,” he added.

He continued: “Now, I think we’ve been allowed to do a post production but we are looking at how to start. I think we’ll slowly start the post production. It is slated to release next year. But I have a feeling that everything is going to spiral into a lot of bottleneck jam (once theatres reopen)… We will know a bit more in another two months possibly, how it is affected.”