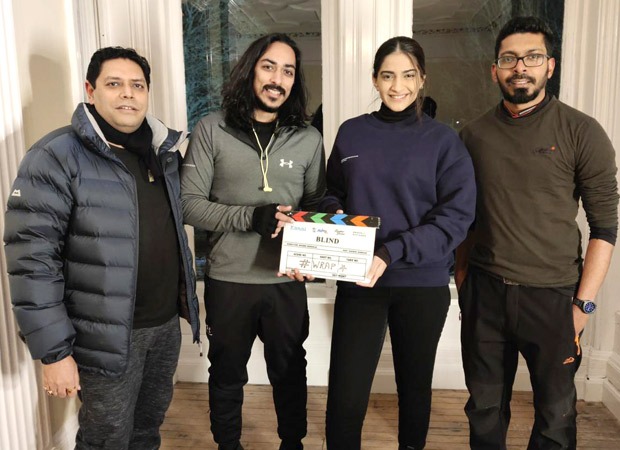 The shooting of Sonam Kapoor Ahuja-starrer action thriller Blind, directed by Shome Makhija, has been wrapped in a start-to-end shoot schedule that lasted 39 days in Glasgow, Scotland.

The harsh winter season did not deter the team from giving their best shot to the movie, which promises to keep the audience on the edge of their seats with its twists and turns. Also, despite the lockdown and restrictions owing to the pandemic, the crew ensured the shoot was smooth, safe and completed on time.

Sonam, who is exploring a new genre with Blind— about the story of a blind police officer in pursuit of a serial killer — kept fans abreast with a glimpse into some behind-the-scenes hard work and fun from the shoot, through social media. The film’s cast also includes seasoned actors such as Vinay Pathak, Purab Kohli and Lilette Dubey among others.