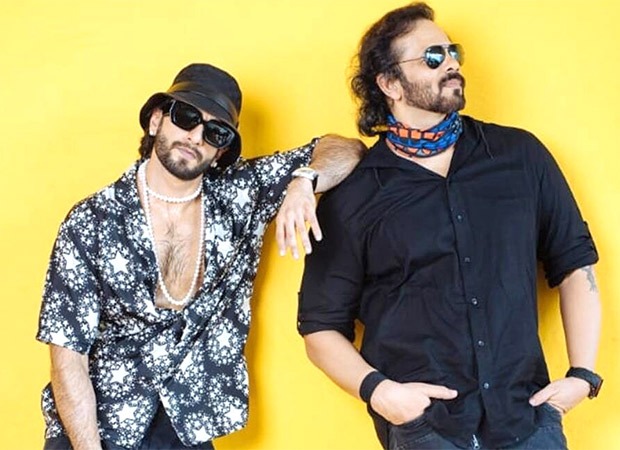 After his visit to NBA Abu Dhabi Games 2022 and giving a surprise to his wife Deepika Padukone on their 4th wedding anniversary, Ranveer Singh is once again making headlines. This time, for giving an update on his upcoming film Cirkus. Interestingly, the actor took to his verified social media handle to announce the wrap of the Rohit Shetty directorial on Wednesday.

In the photo, shared on his social media feed, Singh can be seen sharing a hearty laugh with director Rohit Shetty, co-star Varun Sharma, and a couple of crew members. The photo also featured a red car with the title of the film written on its number plate. Meanwhile, it also captures a poster reading the title of the film.

The upcoming film will mark Singh’s second collaboration with Shetty after Simmba, which was released in 2018. Cirkus was announced in May this year. Produced and directed by Rohit Shetty, the forthcoming film will be presented by Gulshan Kumar, Bhushan Kumar and T-Series. It features Ranveer Singh in a double role for the first time. The ensemble star cast of the film also includes Pooja Hegde, Jacqueline Fernandez, Siddhartha Jadhav, Johnny Lever, Sanjay Mishra, Murli Sharma, Sulbha Arya and Vrajesh Hirjee, among others. It is slated to release on December 23, 2022.