Should Pakistan adopt a four-day work week? | The Express Tribune 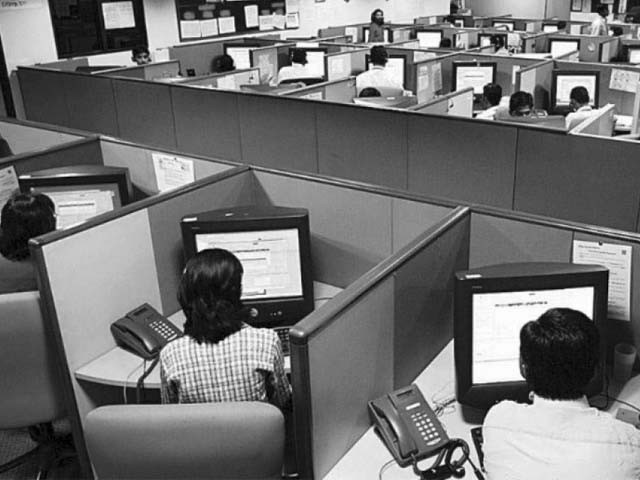 This may help Pakistan reduce the burden on its national electricity grid and save the country $2.7 billion per year

Since Imran Khan’s no-confidence vote and the appointment of Shehbaz Sharif as Pakistan’s new prime minister, there has been debate surrounding what the work week should look like in Pakistan. During Ramazan, Prime Minister Shehbaz’s government declared Saturdays to be official working days, a decision that was quickly reversed. However, since then, reports have surfaced claiming that the government is now considering a four-day work week, which contradicts its previous position.

The government is considering shortening Pakistan’s work week to prevent its foreign exchange reserves from dwindling any further as a result of rising global oil prices, which are draining government reserves due to the implementation of an unsustainable oil subsidy. State officials hope that this decision will help Pakistan save $2.7 billion per year. However, it is important to consider whether a shorter work week would be in the best interest of the country or whether it would be a failed experiment.

Before delving into the specifics, it’s worth noting that this is not the first time governments have considered reducing working days and hours. In 1919, the International Labour Organisation (ILO) limited working hours to 48 per week and eight per day. Similarly, following the Great Depression, employers were forced to limit their working days to five per week. As a result, considering reducing working days to four per week is not absurd; in fact, various countries have already been testing whether reducing working days within a week would be more efficient. The coronavirus pandemic has bolstered this notion by forcing businesses to implement remote working, which has enhanced the use of technology to carry out daily tasks while employees remain as productive as before.

As per the findings of an experiment conducted by Microsoft in Japan, the company was able to achieve a 40% jump in productivity after Friday was declared off for its employees. The reason being that, with an extra day off, employees had more time to take care of personal errands and thus have more peace of mind to focus on work-related tasks. Furthermore, it is not difficult to believe that employees do not work for the full eight to nine hours of a work day, so why not save company resources and call it a day once employees have completed their tasks?

Reduced business expenses are another advantage of shortening the working week. When a business closes for an extra day, costs such as electricity and fuel compensation will likely decrease automatically. This is an important factor to consider because Pakistan is facing an energy crisis as a result of rising fuel prices and a depreciating Pakistani rupee against the US dollar. In addition to lower operating expenses, higher employee morale would reduce the need for businesses to spend excessively on happy hours and free lunches. Employee turnover in a company is also likely to improve.

A four-day work week will also help us reduce our carbon footprint because there will be fewer emissions of harmful gases from vehicles. Pollution is beginning to have an impact in Pakistan, particularly in Lahore, where we now have a recurring smog season. These deleterious developments have a negative impact on citizens’ health and create additional problems for future generations to deal with.

On the other hand, state officials should keep in mind that the nature of some jobs makes it difficult to limit them to fewer hours. Under such circumstances, a four-day work week may force employees to rush through their tasks in order to complete them as soon as possible. This will inevitably reduce the quality of work, eventually harming a company’s reputation and goodwill in the market. Furthermore, employees may feel more burdened and overwhelmed with work, potentially leading to service delays.

Having said that, advantages of a shorter work week appear to outweigh its disadvantages. Between 2015 and 2019, Iceland conducted two trials of a four-day work week, which revealed that productivity improved or remained constant, while employee morale rose substantially. As a result, the vast majority of Icelanders have chosen to work fewer hours. Moving forward, countries such as Spain and Japan are investigating whether working fewer hours would be feasible in their circumstances as well.

Thus, in view of the aforementioned findings, it is highly likely that a four-day work week may not only help Pakistan reduce the burden on its national electricity grid, but it would also result in more motivated employees. This uptick in motivation will likely make employees feel more satisfied, which will help boost the country’s productivity. Similarly, changing the current working days policy would also help the country reduce demand for imported fuel, relieving some of the pressure on the country’s foreign exchange reserves. As a result, Pakistan should at least experiment with a four-day week in the short term to see whether such a policy bears fruit or not.