Should you buy the DJI Mavic Mini 2 in the Black Friday sale? 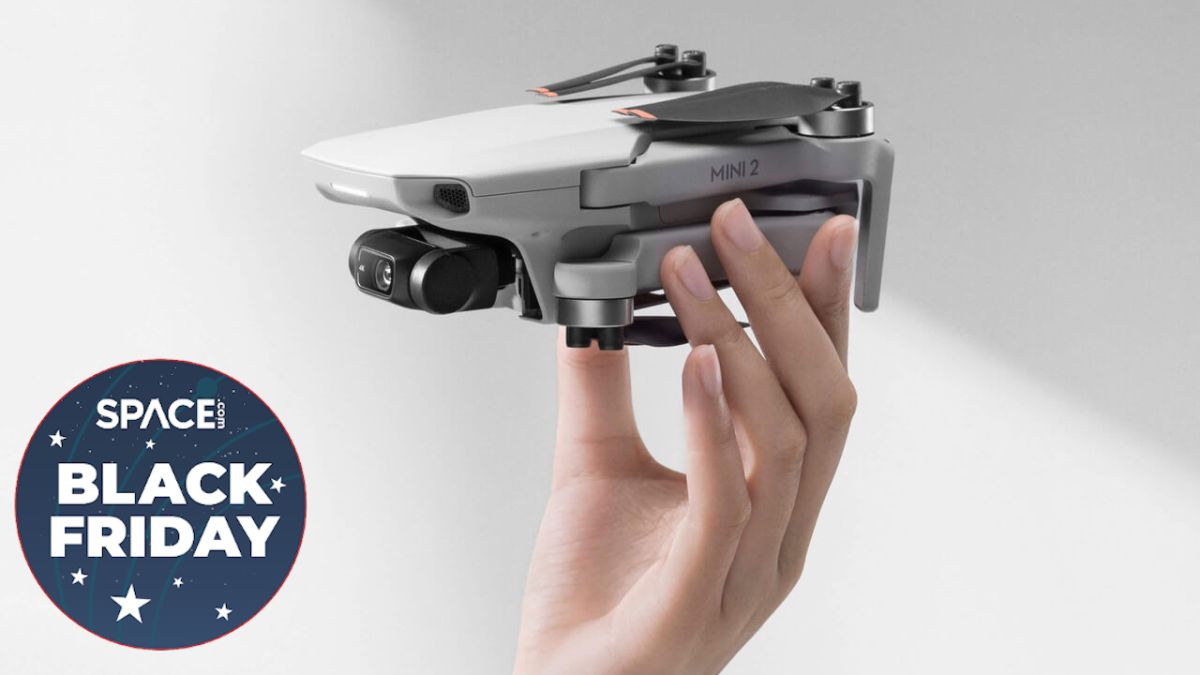 Everyone loves a bargain, and Black Friday is the perfect time to discover the best tech bargains available. But it’s not just Amazon where you can pick up a tasty discount, with fierce competition many retailers match or beat Amazon’s discounts so the savvy shopper is in a fantastic position this fall.

Drones are typically expensive devices and DJI drones are no exception. But as the market-leading drone manufacturer, you can be sure that any current model that you purchase will be among the best drones available.

The DJI Mavic Mini 2 may have been superseded by the Mavic Mini 3 Pro earlier this year, but this presents a great opportunity because its price has dropped in recent months. Not to mention now that Black Friday is upon us you can expect to find additional savings to this popular sub-250g category drone.

Sub 250g drones are becoming increasingly popular for several reasons; they’re smaller and lighter so they’re easier to carry than larger models, they’re often less expensive, they’re great beginner drones and regulators such as the FAA in the U.S. and CAA in the U.K. put fewer restrictions on where they can be flown.

Once you add the impressive camera specs and image quality highly portable drones like the DJI Mavic Mini 2 are capable of producing, and they quickly reveal themselves as a great option for beginners and advanced drone pilots alike. We’ve already posted about the near $200 discount on the DJI Mini 2, but is it worth picking up?

Is the DJI Mavic Mini 2 a good drone?

The DJI Mavic Mini 2 was a huge upgrade on the original Mavic Mini delivering 4K video for the first time in a 249g palm-size drone. The camera provides a full-frame equivalent focal length of 24mm with a fixed f/2.8 aperture and features a 1/2.3-inch 12MP sensor. This is capable of capturing photos in Raw and JPEG formats, while video can be captured at up to 4K at 30fps with up to a 4x digital zoom available.

Thanks to a folding design that takes the Mini 2 from 138 x 81 x 58mm folded to 159 x 203 x 56mm when unfolded, it’s incredibly portable. Flight times are advertised as being up to 31 minutes, although in real-world situations this sits closer to 22 minutes which is still respectable when you consider the small 5200 mAh batteries. Then there are three flight modes offering different speeds and control sensitivity for different situations.

The safety features of the drone include GPS positioning and Return to Home, while Quickshots allow you to capture professional-looking video at the touch of a button. There are no collision avoidance sensors that stop the drone or reroute it around obstacles when they’re detected, so you have to fly with care in complex environments like woodland. But for most people, this won’t be an issue.

The fly more bundle includes the Mavic Mini 2 drone, a remote controller three Intelligent Flight Batteries, a Charging Hub, a shoulder bag, spare propellers, and other useful accessories. The standard Mavic Mini 2 kit only includes a single battery, so it makes sense to buy the Fly More Bundle which also saves money when compared to the individual purchase price of everything included in the kit. All in all, a great drone kit at a highly competitive price.

Why buy the DJI Mavic Mini 2 on Black Friday?

Black Friday takes place on November 25 this year and provides tantalising discounts for everyone – it’s the biggest savings event of the year!

Savings like this doesn’t come around often, and since drones can be flown throughout the year in all seasons, so now is a great time to buy a high-quality model like the Mavic Mini 2. The drone still isn’t cheap at the sale price of $479 for the Fly More Bundle, but it’s a substantial saving not to be missed.

Why should you wait to buy the DJI Mavic Mini 2?

Competition is fierce in the retail world and many retailers compete around Black Friday. So, while heading straight to Amazon is often the easiest option, it pays to shop around because there may be even more generous offers available.

Discounts can also vary from region to region, so while shoppers in the U.S. may be able to pick up a great deal on the DJI Mavic Mini 2, shoppers in Europe may not be able to enjoy the same discount and vice-versa.

Black Friday is well-known for offering generous discounts, but it also adds pressure to buy something there and then due to time constraints. Waiting is, of course, a gamble, but sometimes patience can pay off.