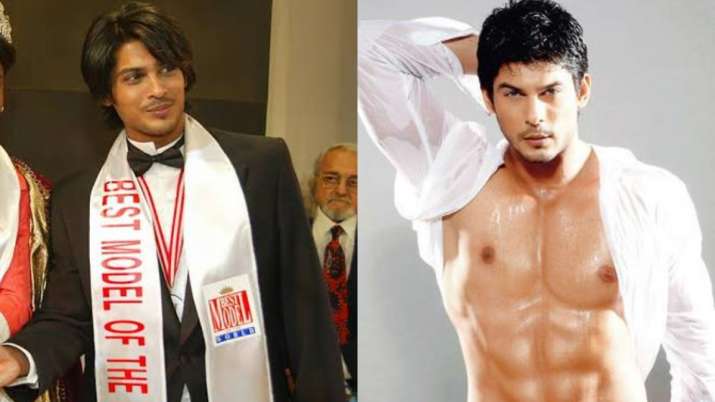 Bigg Boss winner Sidharth Shukla is one of the most liked actor in the television industry. From being the heartthrob in TV industry to impressing people with his charm in Bollywood debut, Sidharth has come a long way from his modelling days. The actor was initially a model. He was a runner-up in the Gladrags Manhunt and Mehgamodel contest in India and in 2005, he represented the country in the World’s Best Model contest in Turkey.Â

The Balika Vadhu star followed his modeling success by doing several ads and later made his acting debut on TV with a show called ‘Babul Ka Aangann Chootey Naa’.

As the star prepares for his digital debut with Broken But Beautiful 3 as Agastya, he also marked 15 years of being titled as the Best Model Of The World. The pictures showed Sidharth dressed in a tuxedo. He is seen sporting a long haired look as he accepts the title. He looks unbelievably different in those pictures from year, 2005. The SidHearts canâ€™t help but be happy for their favourite celebrity crossing another milestone and even got him trending on Twitter. Yes, #15YrsOfSidsWorldBestModel, has been trending on social media since Wednesday morning.Â

When u won this best model of the world title we haven’t congratulated you for that we will conggratulating and celebrating till we are here for you that is FOREVER AND EVERY YEAR CONGRATULATIONS FOR #15YrsOfSidsWorldBestModel @sidharth_shukla pic.twitter.com/a4IjASYd0Y

First Asian Man who won the World’s Best Model Title..Heartiest congratulations to him on this beautiful journey which started 15 years back! @sidharth_shukla#15YrsOfSidsWorldBestModel pic.twitter.com/5VFnpTMoUM

To move ahead you need to Believe in yourself, have Conviction in your beliefs and the Confidence to execute those beliefs….@sidharth_shukla#15YrsOfSidsWorldBestModel pic.twitter.com/WDFbMupUzi

An outsider with no film background yet achieved so much with his hardwork and talent. The man with a journey like no other. He has come a long way and I canâ€™t wait for him to soar even higher @sidharth_shukla #15YrsOfSidsWorldBestModel pic.twitter.com/WVIKoE3TOy

Sidharth Shukla was last seen in Bigg Boss 14 where he came as a Toofani senior to train the contestants in the house.Â