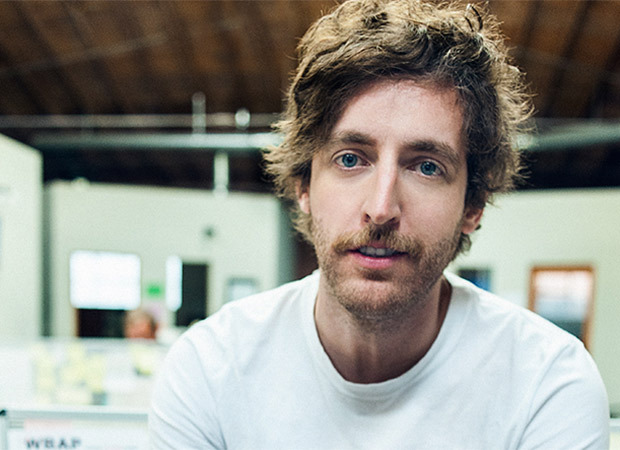 Actor-comedian Thomas Middleditch has been accused of sexual misconduct at a now-shut Hollywood club Cloak & Dagger. The incident reportedly occurred in October 2019 when Middleditch had visited the place.

According to a report in The Los Angeles Times, Middleditch approached a woman named Hannah Harding. “As the party ramped up in the main â€œblack room,â€ actor Thomas Middleditch, best known for his role as Richard Hendricks on the HBO series â€œSilicon Valley,â€ approached Harding on the dance floor, she said. Heâ€™d met Harding at the club before. Staff had brought concerns about his behavior to co-founders Adam Bravin and Michael Patterson,” the report read.

“Harding said Middleditch made lewd sexual overtures toward her and her girlfriend. She turned him down, but he kept pursuing her, groping her in front of her friends and several employees, including the clubâ€™s operations manager, Kate Morgan,” it further read.

Furthermore, Hannah Harding shared Instagram direct messages with The Los Angeles Times in which Middleditch seemed to have understood that Harding was completely uncomfortable with his behaviour. The message read, â€œHannah I had no idea my actions were that weird for you … I know you probably want to just put me on blast as a monster … I donâ€™t expect you to want to be my friend or anything … I am so ashamed I made you uncomfortable.â€

She had even asked her bosses Bravin and Patterson to kick him out of the club but they dismissed her words. Harding also alleged that Middleditch that groped another woman in the goth club. “Adam called me ‘to make sure and get a second opinion on him’ because they didn’t trust my story in the first place. They cared more about famous people at their club than womenâ€™s safety,” Harding told LA Times.

Thomas Middleditch is yet to respond to the allegations made against him.