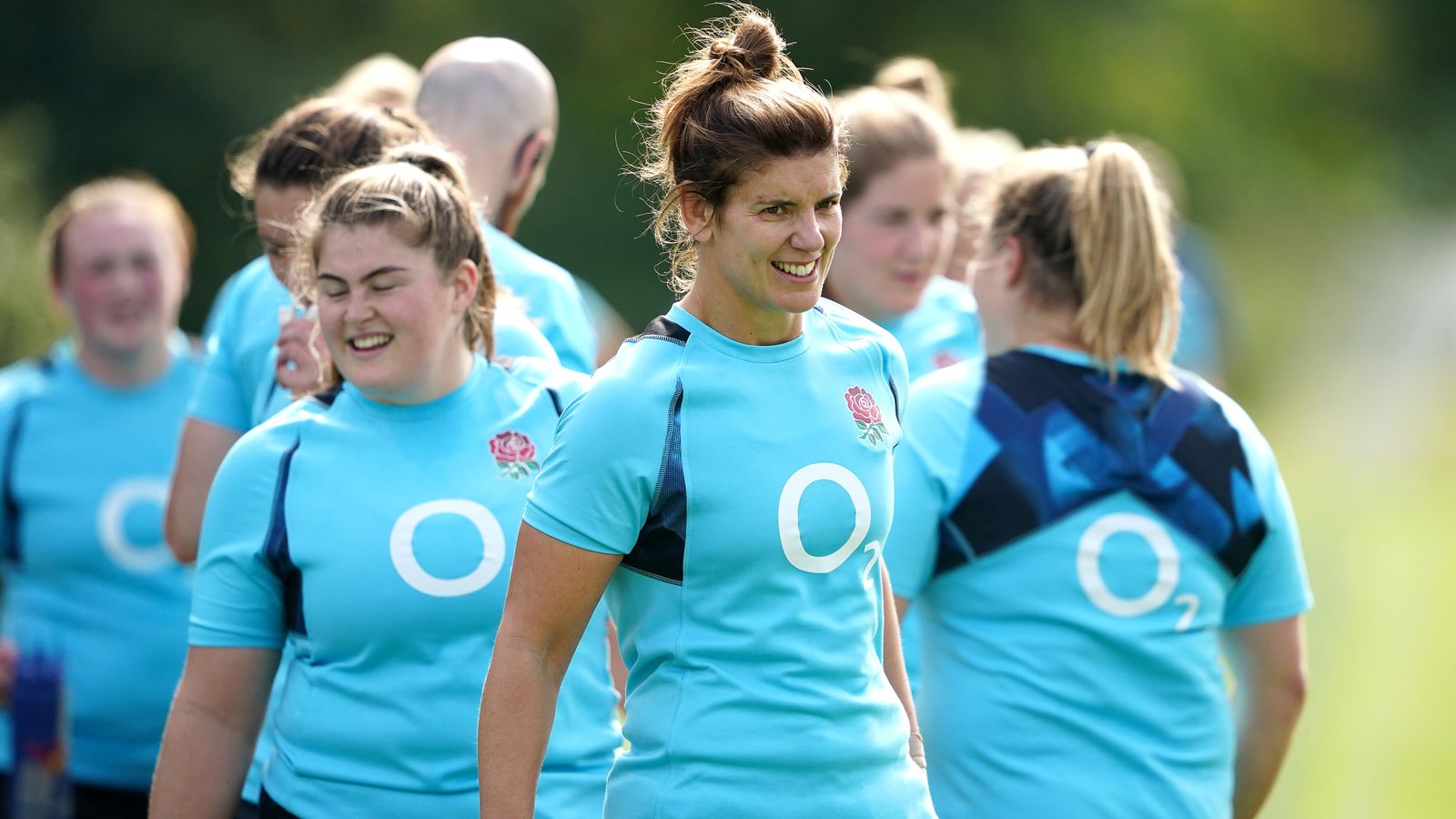 England head coach Simon Middleton admitted “we’ve got to win it” after announcing what he views as the best prepared World Cup squad in the nation’s history.

Veteran scrum-half Mo Hunt is the biggest name omitted from the 32-strong group that will depart for New Zealand on Friday, but wing Abby Dow is included despite being sidelined since breaking a leg in April.

Sarah Hunter captains England for a third successive World Cup and will appear in the tournament for a fourth time, an achievement shared by centre Emily Scarratt.

A record 25-Test winning run that includes a Grand Slam clinched in April means the Red Roses are strong favourites to claim a third global crown and Middleton accepts they must deliver.

When asked if anything other than World Cup victory would be deemed a failure, Middleton said: “Yeah. We’ve got to win it.

“We’ve got the best strength in depth we’ve ever had. We’ve got everything at our disposal that we could want.

“This is the best-prepared squad and the best strength in depth we’ve ever had. We are as ready to go as we can be.

“That doesn’t mean we’ll win it. The one thing is you can’t guarantee you’ll win it because it doesn’t work like that.

“You look at Argentina beating New Zealand in New Zealand for the first time recently or Andy Ruiz knocking out Anthony Joshua when he hasn’t got a chance.

“Going back to when I was playing, Wimbledon beating Liverpool in football. Everyone’s got a chance in sport, that’s the beauty of it.

“You’re never going to get a 100 per cent performance but if we can get as many people playing as close to their best when it matters, we’ll be in a good spot.”

Hunt counts starts in the last two World Cup finals amongst her 60 caps, but she has lost out to preferred scrum-halves Leanne Infante, Lucy Packer and Claudia MacDonald.

MacDonald squeezes in through her ability to cover the wing with the 33-year-old Hunt overlooked because of a playing style that is at odds with what England want from the position.

“We feel desperately for the players who missed out. We’re really confident we’ve got the right squad,” Middleton said.

“Our nine’s role is very simple – get to the breakdown, get the ball into the 10’s hands quickly, go to the next one, do it again and keep repeating it.

“Within that there is scope to express, but the fundamental of that job is very straightforward.

“Mo is a very instinctive player – she wants to run, kick and pass. She wants to be at the centre of the gameplan and really influential within.”

MacDonald’s presence offers additional cover for Dow, who it is hoped will be ready for the opener against Fiji in Auckland on October 8 having broken a leg against Wales in April.

“If we can get her on the park and something near her best form, we know we’ll have a cutting edge, but we won’t take any risk with her,” Middleton said.

The World Cup begins on October 8 in Auckland, closing with the final in the same city on November 12.

England are drawn in Pool C with France, South Africa and Fiji – their first opponents on the tournament’s opening day.