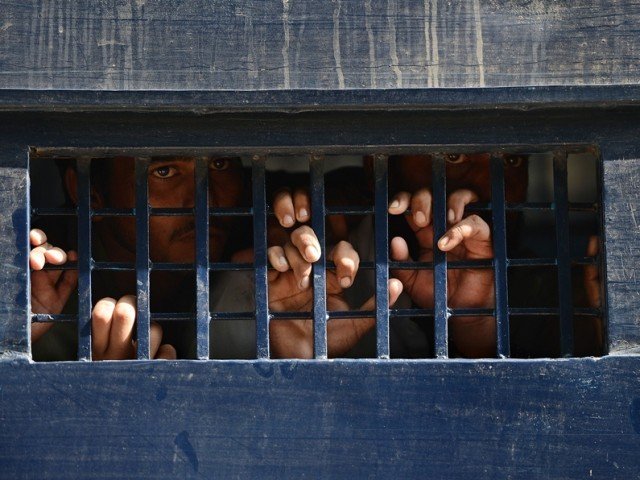 
The Sindh government, for the eve of Eidul Fitr, has granted special remission of 180 days to 1,200 convicted prisoners confined in various prisons of the province.

The special remission – given on the recommendation of the inspector general of prisons – is not for condemned prisoners or those convicted of murder, espionage, subversion, anti-state activities, terrorist activities, kidnapping/abduction and dacoity. Those undergoing sentences under the Foreigners Act, 1946 will also not be granted remission.

The number of prisoners who will benefit from the remission includes 371 from Central Prison Karachi, 264 from Hyderabad, 233 from Sukkur, 101 from Larkana, 63 from Khairpur, 47 from Mirpurkhas, eight from women’s prison in Karachi, 88 from District Prison Malir, 13 from Special Prison Nara and Hyderabad, four from the Special Prison for Women Sukkur, two from Shaheed Benazirabad and one each from Dadu, Ghotki, Larkana, Youth Industrial School Karachi, Youth Industrial School Sukkur.

Earlier this year, a writ petition was filed in the Lahore High Court (LHC), on March 7, that sought to extend the implementation of remission in prison sentences on the basis of educational qualification, acquired during prison term, to religious minority prisoners.

The petitioner, Kashif Masih, contended that the Constitution of Pakistan protects the life of every citizen under Article 25, adding that Article 10-A provides citizens with the right to a fair trial, while Article 20 guarantees citizens the right to profess, propagate and practice their own religion.

Thus, on the basis of constitutional rights, the petitioner contended that Rule 215 of the Prisons Rule 1978 provides remission in prison sentences through education only for Muslims, including reduced sentences for those Muslims who complete the Holy Quran.

Masih argued that this policy does not extend to prisoners from religious minorities, and thus is in obstruction of their constitutional and legal rights.

“According to relevant rules, religious minority prisoners are entitled to education remission on the completion of formal education and especially on memorization or completion of their sacred book such as the Vedas, Geeta, Upanishads, Pali Canon, Holy Bible, Granth Sahib, Torah and Zabur”, the petitioner argued.