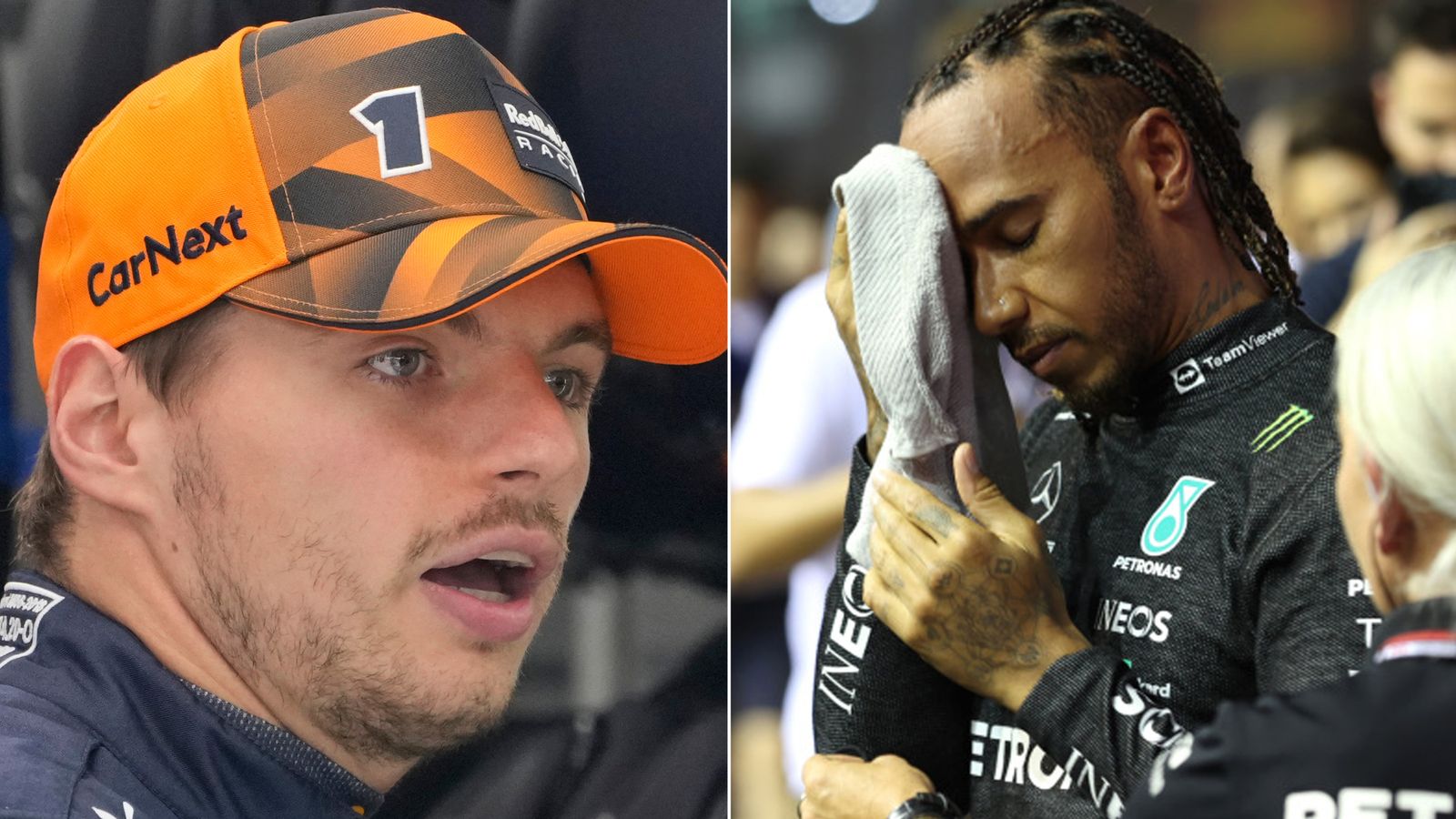 Max Verstappen was left rueing an “incredibly messy” weekend at the Singapore Grand Prix after his hopes of sealing the world championship at the Marina Bay Street Circuit faded with a series of mistakes.

Having arrived in Singapore on the weekend of his 25th birthday with an active streak of five successive victories and faint, yet not completely unrealistic, hopes of sealing the title, all had appeared rosy for Verstappen.

However, a fuel-shortage blunder from Red Bull in qualifying saw him go from a likely pole position start to eighth on the grid, before errors of his own ended any hopes of a podium as he finished seventh in the race.

“It’s not where we want to be,” Verstappen told Sky Sports F1, after his team-mate Sergio Perez claimed the victory.

“Yesterday, you put yourself in a spot like that and it can either work brilliantly and you can drive back to the front or it’s very frustrating like we had.”

Verstappen made a terrible start, dropping four places as he almost stalled on the grid, leaving him 12th at the end of the first lap.

However, he quickly recovered, climbing to seventh before being held up by Fernando Alonso, whose retirement with an engine failure, put the Dutchman up to sixth.

He would gain another place during the round of pit stops that followed, but then at the restart after the last of the race’s five safety car (three virtual) interventions, attempted an unwise overtake on Lando Norris.

A huge lock-up saw him flat-spot his tyres as well as running into the escape road, after which he had to pit once more.

He would produce another spirited comeback, including a final-lap pass on Sebastian Vettel, to finish seventh, but it meant that his quest for a second title will continue in Japan next weekend.

“Seventh is better than eighth but it’s not what I’m here for, not with a car like that and what we showed in practice.

Hamilton: I’m not going to punish myself over crash

Lewis Hamilton insisted he wouldn’t “punish himself” after a series of errors ruined his race in Singapore.

While his world title hopes have been over for a long time, Hamilton had come into Sunday’s race with genuine designs on a first victory of the season for Mercedes.

Hamilton had showed strong pace all weekend and was only half a tenth off pole as he qualified behind Leclerc and Perez on Saturday.

A strong start could have put Hamilton in contention for the win, but he got the exact opposite, faltering in his getaway and allowing Carlos Sainz to take third.

That proved to be a terminal blow to Hamilton’s hopes, as the Spaniard’s lack of pace meant Hamilton was never given the clear air to show if he had the speed to rival the front two.

“(It was) a difficult start and then getting stuck behind Carlos. I don’t know why he was so slow but obviously, I was not quick enough to get past him in these conditions,” Hamilton said.

“And then just sitting behind him. I think I could have done similar times to the guys ahead, but because I was stuck behind him I couldn’t. I think if I was in third, I could have kept with the guys up ahead.”

Having trailed Sainz closely for most of the race, frustration got the better of Hamilton on lap 33, as he locked up attempting to pressure the Spaniard and went straight on into the barrier at Turn 7.

Lewis Hamilton crashes into the barrier, but the Mercedes is able to continue

Lewis Hamilton crashes into the barrier, but the Mercedes is able to continue

The seven-time world champion was fortunate to sustain manageable damage to his front wing and was even able to keep Verstappen behind him after rejoining the track in fifth.

However, with the incident coinciding with the point at which the track was becoming slick-ready, Mercedes opted to pit Hamilton for a new front wing as well as new tyres.

Then, with Vettel in front of him and Verstappen behind him in the closing stages, Hamilton once more misfired with an overtake, and was left to finish ninth.

“I think we started off with a pretty decent weekend and were just really, really unfortunate at the end,” Hamilton said. “It was difficult to overtake and that lock-up into Turn 7 – when those things happen your heart sinks a little bit.

“I knew it was all over from then, but these things happen. I’m not going to punish myself for a mistake.

“It was very tricky conditions for everyone. The problems that we have with this car are magnified in the rain when it’s wet, and it’s a very, very hard car to drive in the rain.

“It all went out the window when I locked up, so my apologies to the team, but we live and learn, and I’ll recover.”

Hamilton’s struggles were part of a hugely disappointing weekend for Mercedes, with George Russell last of the classified finishers having started from the pit lane and then gambled on putting on slick tyres before the track was ready for them.

The dismal result saw Ferrari strengthen their grip on second in the constructors’ championship, establishing a 66-point lead to halt Mercedes’ recent gains.