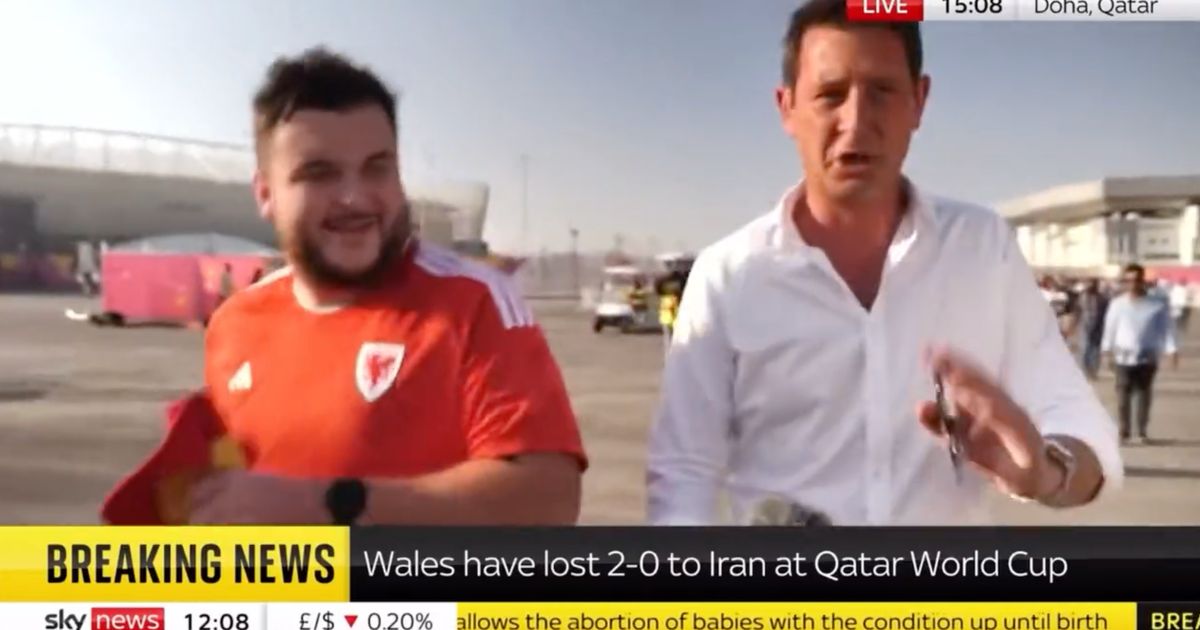 It’s fair to say that Sky News’ Middle East correspondent Alistair Bunkall had a tough time of it as he tried to discuss Wales’ loss against Iran in a World Cup game with some Welsh fans straight after Friday’s match.

Alistair is currently in Qatar for the World Cup, where he was seen broadcasting live as fans left the stadium on Friday afternoon, following Iran’s 2-0 victory against Wales.

However, as he tried to stop some of the Welsh fans around him to talk about the game, the broadcaster ran into some difficulty.

“We’re going to just push on, I can understand how a few Wales fans are probably not in the mood to talk,” he said.

Eventually, he managed to find someone willing to chat to him, asking: “Guys, sorry, you’re live on Sky News. Do you [have a] reaction to the win?”

Unfortunately, it seems Alistair’s choice of words didn’t go down very well, with the fan responding simply: “We lost.”

Moving onto another fan, he tried again, this time getting his words right, but receiving only the word “shit” by way of response.

“Apologies for the language,” he quickly interjected. “That’s inevitable sometimes with situations like this live on television.”

And believe it or not, it didn’t end there.

Giving it one last go, Alistair tried to sum up the mood for the disappointed Welsh fans… only to mistakenly refer to them as the Iranian fans instead.

Following Wales’ defeat, their next match will be against the England squad on Tuesday 29 November, with England going up against the USA before that on Friday evening.