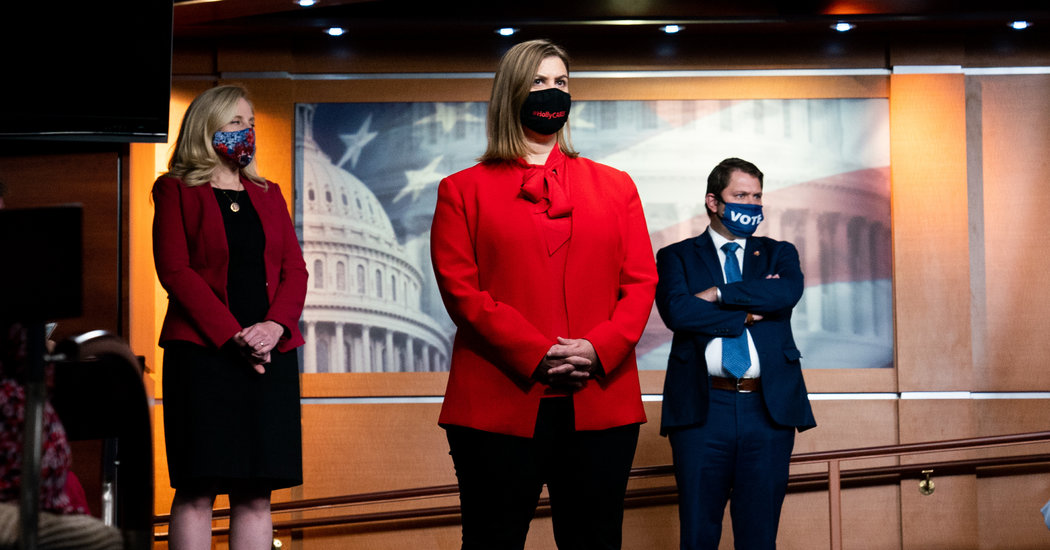 â€œWhen a piece of information like this comes in that, allegedly, the Russians are paying a bounty for the deaths of American soldiers, and I hear that his senior staff doesnâ€™t take that information to him â€” even though heâ€™s on the phone with Putin five times â€” it just, for me, fits into a bigger narrative about this president,â€ Ms. Slotkin said.

Since arriving in Washington last year, Ms. Slotkin, who served in Iraq as a C.I.A. analyst and in President Barack Obamaâ€™s Defense Department before running for Congress in 2018, has drawn heavily on her national security experience. She resisted the push to impeach Mr. Trump until an intelligence whistle-blower came forward to reveal that the president had tried to enlist a foreign power, Ukraine, to investigate his political rivals in a way that could affect a future election. During the inquiry that followed, Ms. Slotkin later told The New York Times, she identified personally with the national security officials who came forward to testify, drawing attacks from Mr. Trump.

Now she is reliving her own government experience once again as one of a large number of lawmakers in both parties who are demanding more information from the administration about its handling of the Russian intelligence.

â€œItâ€™s been surprising how much Iâ€™ve toggled between my old life and my current life,â€ Ms. Slotkin said in an interview. â€œIt sometimes pulls me in different directions.â€

This week, after all, was finally supposed to be infrastructure week in the House, a few months before her first attempt to win re-election in a district that Mr. Trump won by seven points. Ms. Slotkin had spent last week preparing to celebrate the pipeline-safety and water-quality projects she fought to include in the Houseâ€™s sweeping, trillion-dollar infrastructure plan that passed on Wednesday.

But on Friday, as The Times reported that the administration had intelligence that indicated that Russia secretly offered bounties to Taliban-linked militants to kill American and allied troops, Ms. Slotkin found herself drawn back into her former life. She has spent hours explaining to colleagues the granular procedure of filtering intelligence information, and she pressured White House officials to explain what would have been unthinkable in a different administration â€” that the president could have been unaware of such an explosive assessment.

Democratic leaders have capitalized on Ms. Slotkinâ€™s expertise, along with that of Representatives Abigail Spanberger of Virginia, a former C.I.A. operations officer, and Mikie Sherrill of New Jersey, a former Navy helicopter pilot, putting them out front as they raise questions about the intelligence and Mr. Trumpâ€™s handling of it. The three freshmen were chosen to accompany senior Democrats to a classified briefing at the White House on Tuesday.