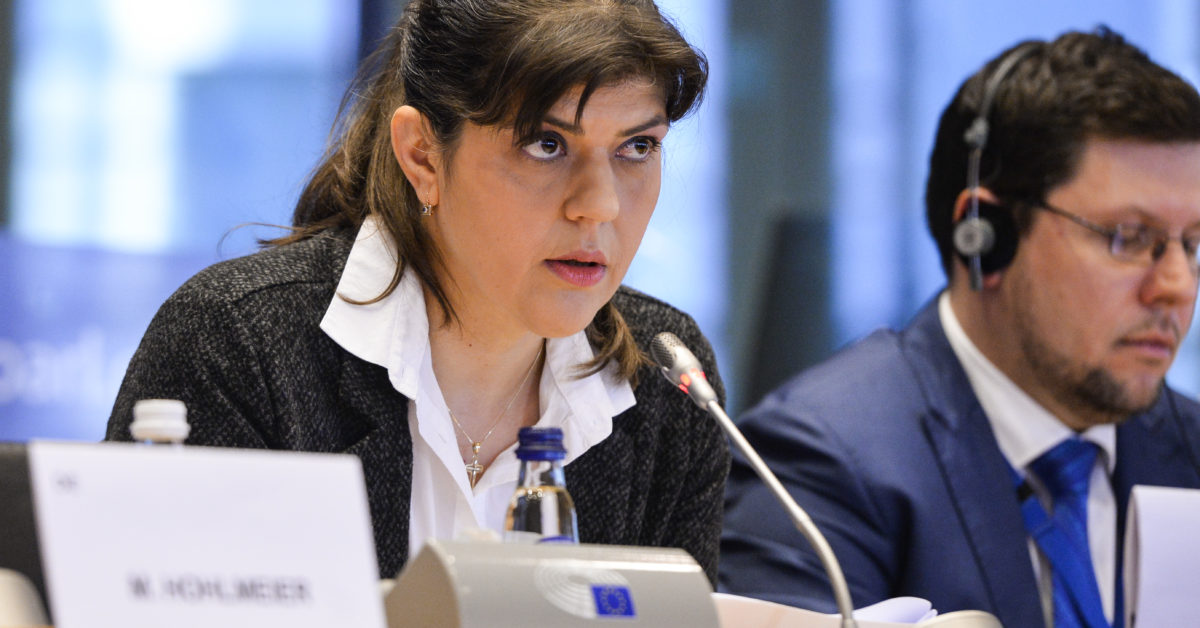 “All the crimes that are committed after the first of June fall under the EPPO jurisdiction, we have a mandatory competence to investigate,â€ KÃ¶vesi told POLITICO’s Brussels Playbook in an interview.

KÃ¶vesi added: â€œThis is why I see Slovenia as a huge risk because money will continue to flow in Slovenia, but the management and control system for EU funds in Slovenia will be really, really affected.â€

The European Commission is set to endorse Slovenia’s spending plan under the EUâ€™s coronavirus recovery fund on Thursday. Pending approval, the country is slated to receive â‚¬2.5 billion in total â€” â‚¬1.8 billion in grants and â‚¬700 million in loans â€” over the next six years.

But the country failed to appoint two European delegated prosecutors in time for the start of EPPO’s operations on June 1, after Prime Minister Janez JanÅ¡a blocked their appointment on the grounds “the national Prosecutorial Council did not provide the Ministry of Justice with a sufficient pool of qualified candidates,” a justice ministry spokesperson said, adding that one of the discarded candidates had sued the government and requested the court halt a new appointment process.

“We expect the court ruling within a month. Should the court decide not to intervene in the adopted decision of the Government, the Ministry will immediately repeat the procedure” to select new candidates, but these “are unlikely to be in place before mid-July,” the spokesperson said. For the time being, “Slovenia will rely upon the established national mechanisms for the protection of the EUâ€™s financial interests.”

KÃ¶vesi said the â€œmanifest lack of sincere cooperation of Slovenian authorities will influence a lot the efficiency of the EPPO,” because the legal responsibility to investigate has been shifted to the agency she leads, but without national prosecutors, “we cannot efficiently investigate all the suspicions of fraud.”

That’s a different situation than that of countries like Hungary, Poland and Sweden, which did not sign up to EPPO, and Denmark and Ireland, which have opt-outs on certain crimes, because EPPO “already started to have working arrangements with them,” KÃ¶vesi said. “With Hungary, we already signed this kind of working arrangement so we can cooperate based on the current legal instruments that are available.”

Of the 22 EU countries which signed up to EPPO, Finland is the only other one which doesn’t yet have a prosecutor in place â€” but it has struck a deal with EPPO.

“Finland is not a problem anymore,” KÃ¶vesi said. “From this point of view, only Slovenia is a huge problem.”